There are some striking and illuminating parallels between this election season and the Presidential election campaign of 1976.  Like the eight years of the Bush administration, the eight years of Nixon/Ford produced an unparalleled collapse of support for the Republican Party. The Watergate scandal coupled with the failure of the US military in Vietnam and an economic crisis left the Republican Party wounded and regrouping. The interim elections of 1974 produced gains for the Democrats, especially in former suburban Republican strongholds.

jost citizens looked to the then forthcoming elections with a profound desire for a new course. The Democrats chose a political outsider, Governor Jimmy Carter of Georgia. Carter promised to make the government “as good as the people.” Pundits hailed Carter as a departure from the old politics and a fresh, honest voice for change (e.g. The Miracle of Jimmy Carter, Howard Norton and Bob Slosser, 1976).

Incomes of working people were on the decline – weekly real incomes of non-agricultural workers fell by nearly 13% from 1973 to 1980. The US was saddled with an economic crisis dubbed, at the time, “stagflation”; slow growth, high unemployment, and raging inflation confounded policy makers. The crisis reached its zenith in the Carter administration with inflation averaging 9.68% and unemployment averaging 6.8% between 1976 and 1980. The dramatic increase in oil prices in the early 1970’s provided the impetus for the wave of inflation experienced in this period, depressing earnings, consumption and economic activity in its wake. Policy makers attempted to rekindle economic activity with easy credit, only exacerbating the inflationary trend. Predictably, the capitalist media blamed workers’ modest compensatory demands for the inflationary spiral.

Today, the Democratic Party enjoys the same advantages that they did 32 years ago: the Republicans are tainted with corruption, incompetence, and economic failure. They have launched an invasion and occupation of Iraq that has been disastrous for the Iraqi people, the US, and the US image abroad. Living standards are declining and the economy is on the verge of catastrophe. Like their forbearers three decades ago, the Democrats were successful in the interim election and stand to make great gains, including winning the Presidency in November. Sadly, nothing as progressive as the 1976 platform has yet or is likely to guide the Democratic candidates – the Party has shifted considerably to the right since that time.

Similar to 1976 Presidential candidate J. Carter, his presumptive 2008 counterpart, Barack Obama, is viewed as a Washington “outsider”. He has campaigned as a candidate of change. Pundits hail him as a fresh voice untainted by the vices of the establishment.

Obama must contend with similar issues: a brutal military adventure, collapsing mass living standards, and an economy exhibiting more and more of the symptoms of “stagflation”. Like Carter, his campaign is geared to appealing to the mass base of the Democratic Party: the working class, liberals, and African-Americans. His campaign strategists will likely recommend – as Carter’s advisors did – that the candidate tack to the right to garner center-right and independent votes going into the general election. Every Democratic Party Presidential candidate since has employed a similar strategy. Despite this maneuver, Carter managed to lose his huge lead in the polls and eke out a narrow victory in the November election. Nonetheless, this failed approach continues to seduce Democratic Party tacticians.

Upon taking office, the Carter administration began a steady drift to the right. Following the lead of Democratic Party strategist, Patrick Caddell, Carter chose a business friendly approach that placed the battle against inflation at the center of domestic policy. His personal opposition to the Humphrey-Hawkins bill led to the passage of a bill unsatisfactory to organized labor. National health care was shelved and tax reform was never achieved. Carter vetoed public works legislation as inflationary. The neo-liberal deregulation agenda generally attributed to the ultra-right actually began with Carter’s deregulation of the airline industry in 1978. He also started the process of deregulation of other industries such as communications, oil, and finance.

Little was advanced to improve either the status of African-Americans or race relations, though Carter appointed more minorities to posts in his administration than any prior President.

Despite the platform promise to reduce military spending, Carter expanded the military budget, reversing the trend of the prior ten years. With Carter’s assent, the US began to send military equipment to the Afghan mujahideen even before the Soviet occupation. Support for these feudal warlords harnessed to US Cold War aims soon reached $600 million per year. Ironically, they are the cadre now fighting the US occupation of Afghanistan. Carter instituted the so-called Carter Doctrine pledged to oppose any but US influences in the Persian Gulf area. This oil-driven version of the previous Monroe and Truman Doctrines has remained US policy to this day and justifies the US of military force in the region when US “interests” are claimed.

To his credit, Carter negotiated nuclear weapons reductions (SALT II), a Panama Canal treaty, and secured a minor reduction of US occupation troops in the Republic of Korea.

Carter’s retreat from the Democratic platform produced a number of oppositional blocs including the labor-liberal supported Democratic Agenda in late 1977 and the Progressive Alliance in 1978. The Democratic Party base of labor, African-Americans, and liberals were stung by the growing conservatism of the Carter Administration, a rebuff that led to Ted Kennedy’s campaign against the incumbent in the 1980 primary elections.

While it would be inappropriate to press the historical parallel too vigorously, there are a number of factors that should dampen expectations.

The primary campaign of 2008 has yet to surface progressive issues as did 1976. Both Democrats have steered clear of any solutions outside of the narrow framework of neo-liberal ideology and US imperial dominance. Where progressive views surfaced in the public flogging of Reverend Wright, they were summarily cast aside by candidate Obama. There are no proposed remedies to the economic crisis that are at all challenging to corporate interests. Rather, corporate recovery is taken to be the first step in restoring economic vitality. The occupation lingers on with confused signals coming from the Democratic candidates on how and when to end this tragic crime against the Iraqi people. Little change is projected in US relations with Cuba, Venezuela, or other countries opposing US imperialism. Instead, an intense debate rages over the pathetic question of whether diplomatic intercourse is permitted or not. Despite the understandable enthusiasm for a break in the racial barrier to an African-American holding the highest US executive office, there is no aggressive discussion of racism in the public sphere or the deteriorating plight of jost African-Americans. The immigration issue festers with no leadership coming from the Democratic Party. Democrats offer no jobs programs or guarantees even remotely as forceful as the Humphrey-Hawkins bill.

While there are outspoken progressives in the Democratic Party, they are few in number, restrained by the leadership, and lacking the authority and commanding presence of the now critically ill Ted Kennedy.

We should, perhaps, put “hope” not in the good faith of the Democrats, but in our efforts to build an independent political movement. 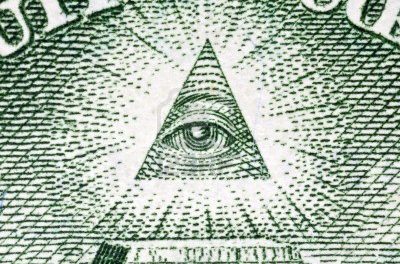 Let’s Get Clear About Fascism