6th Congress of the Communist Party of Bohemia and Moravia

Media interest in last month’s 6th Congress of the Communist Party of Bohemia and Moravia was enormous, attracting 60 local and foreign journalists. Billed by the CPBM’s enemies as a “make-or-break” event and as a last chance for the party to “modernise”, it saw the 345 delegates overwhelmingly reaffirm the party’s alternative and political strategy by approving the main policy document, Hope for the Czech Republic.

According to Hospodarsky Noviny (the Czech equivalent of the London-based Financial Times), the congress was “manipulated” by the CPBM’s very own grey eminence, Syrian-born “neo-Stalinist” Hassan Charfo, the affable head of its international relations department. This nonsense was typical of the mainly German-owned “Czech” press coverage.

To add insult to the right-wing’s injuries, Miroslav Grebenichek was re-elected chairman of the party, although it took him two rounds to do it. He eventually won by 187 votes to 157. His opponent in the run-off was the widely-respected Voytyekh Filip, the Chamber of Deputies’ deputy speaker.

At the first meeting of the new Central Committee Miloslav Ransdorf, the CPBM’s pro-EU, pro-NATO-enlargement vice-chair, was replaced by Vaclav Exner, yet another so-called “neo-Stalinist”, as vice-chair responsible for international relations.

A number of guests addressed Congress, notably Andyela Dvorzhakova, chair of the Czech Union of Freedom Fighters (until the 1989 putsch, known as the Czechoslovak Union of Anti-Fascist Fighters). Delegates applauded as she noted that this organization of former Resistance workers still had 15,500 members (jost of them now in their 80s) compared with the right-wing Freedom Union-Democratic Union, a junior partner in the Social Democratic-led coalition government, which has a mere 2,500.

She reminded delegates of President Benesh’s warning in 1946, at the Liberated Political Prisoners Association’s 1st Congress, that “The Germans will return and reclaim their property.” — a reference to the property confiscated from the so-called “Sudeten Germans” because of their pro-Nazi treachery in the run-up to and during World War Two and to Czech membership of the EU which allows this to happen in the name of the free movement of peoples. “And it is here,” added Andyela.

Halo Noviny, the Czech communist daily, has recently increased its 12 pages to 16 and transformed itself from a rather dull paper into a full-colour production bristling with news and analysis. Several newsagents visited by your columnist in the past month had actually sold out. Regular contributors include Vaclav Vyertelarzh, an economist and until 1989 a leading light in the State Planning Commission. He showed in a recent article that, if the pre-1989 social wage is taken into account, real wages in 2003 were about 2% lower than in 1989.

The Case for Communism 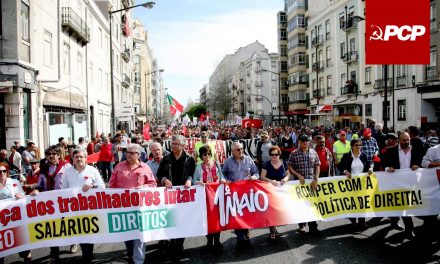