The 10th Congress of SCP was held in Damascus from 9 until 12 November 2005 under three basic slogans:

The Congress was decorated with SCP patriotic, class and International slogans.

The 10th Congress of SCP was held in Damascus from 9 until 12 November 2005 under three basic slogans:

The Congress was decorated with SCP patriotic, class and International slogans.

The opening session was held at the General Workers Union’s headquarters on Wednesday November 9, 2005 at exactly 6:00 pm.

The opening session was attended by a number of general secretaries of the National Progressive Front’s member parties, some cabinet ministers/MPs/ambassadors of friendly countries and a concourse of comrades and friends.

After receiving numerous greeting telegrams and letters, the opening session was concluded by playing the International anthem.

The Congress afterward continued by electing the Congress Leadership body and adopting the session management system and Congress agenda, then the following committees were formed:

During the Congress, the delegates discussed the submitted reports with a high sense of responsibility aimed at activating SCP work at all levels.

Group and individual debates expressed solidarity with SCP policy based on Marxist, Leninist and Proletarian Internationalism principles that reflect the high patriotic spirit and the true International character.

The conferees confirmed their commitment to maintain SCP policies founded on the following three fundamentals laid down by Comrade Khaled Bagdash:

The Congress also confirmed that the answer to the increasing pressures from American Imperialism and Zionist Israel lies fundamentally in the national steadfastness at all levels, and in shoring up especially the socioeconomic ingredients of this especially by paying attention to the issues vital to the masses and working class including standard of living, tackle those issues, expand freedoms and consolidate national unity.

The conferees emphasized the big national slogan: “Syria will not kneel down” and expressed their support for the opening speech delivered by Comrade Wisal Farha Bagdash, SCP General Secretary.

The 10th SCP Congress endorsed the political and economic reports submitted to it and carefully discussed the reports prepared by the created committees, and after introducing some changes to those reports, the following decisions were issued:

The Congress also sent a proclamation to the communist and workers parties all over the world calling for increased global solidarity with Syrian national steadfastness in the face of the aggressive imperialist campaign.

The Congress was held in a open democratic climate during which discussions were conducted with the participation of over 150 delegates.

At the end of the Congress, Comrade Wisal Farha Bagdash delivered the closing speech to be followed by the International anthem.

Guidelines for Common or Convergent Action 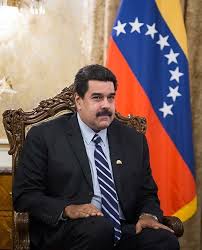