ON January 31, the United States government once again used a legal subterfuge to avoid bringing charges against Luis Posada Carriles for what he actually is: a murderer and a terrorist.

Our people will recall that on January 15, in response to the U.S. government’s criminal indictment of Luis Posada Carriles on January 11, 2007, on charges of fraud and lying when applying for naturalization, the Cuban Ministry of Foreign Affairs (MINREX) clearly stated that it was hoping that "those charges against the terrorist Posada Carriles for minor immigration-related crimes would not become a smokescreen for granting him impunity for the serious crime of terrorism…."

The U.S. government should have filed charges with Judge Philip Martinez of El Paso, Texas, before February 1 to prevent the court from accepting a petition for a writ of habeas corpus filed by the notorious terrorist’s lawyer, which — if successful — would have led to his release. It was to be expected, therefore, that prior to February 1, the U.S. government would bring charges of terrorism against Luis Posada Carriles, something for which — as the aforementioned MINREX statement noted — they "have all the evidence," an assertion that the Ministry is now restating.

In fact, on October 5, 2006, the Immigration and Customs Enforcement (ICE) agency of the U.S. Homeland Security Department had told Luis Posada Carriles that he would remain under federal custody because "… you have a history of engaging in criminal activity, and have been involved with individuals and organizations which promote and use terrorist violence."

Nevertheless, this past January 31, the U.S. Attorney’s Office filed a motion rejecting the habeas corpus petition as inadmissible, arguing only that that Posada Carriles is no longer under Homeland Security custody — which is over U.S. immigration authorities — instead, he is now in custody of the U.S. Justice Department as a result of the criminal proceedings against him begun on January 11 on charges of fraud and false testimony. In other words, the argument of the U.S. government is that Posada Carriles must remain in custody, not because he is a terrorist, but because he is a liar.

The Ministry of Foreign Affairs would like to remind the U.S. government that the Convention for the Suppression of Unlawful Acts against the Safety of Civil Aviation, signed in Montreal on September 23, 1971, and to which the United States is a signatory, establishes in its Article 7 that "The Contracting State in the territory of which the alleged offender is found shall, if it does not extradite him, be obliged, without exception whatsoever and whether or not the offence was committed in its territory, to submit the case to its competent authorities for the purpose of prosecution."

Identical terms are used by the International Convention for the Suppression of Terrorist Bombings, which went into effect on May 23, 2001, and to which the United States also is a signatory.

The Ministry of Foreign Affairs, in the name of the Cuban people and of the victims’ families, would like to remind U.S. President George W. Bush of his own words on August 26, 2003, when he said in St. Louis, Missouri: "… if you harbor a terrorist, if you support a terrorist, if you feed a terrorist, you’re just as guilty as the terrorists." 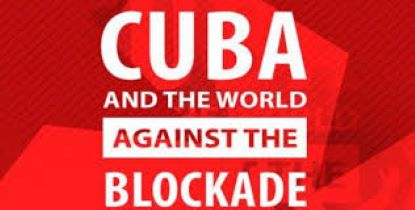 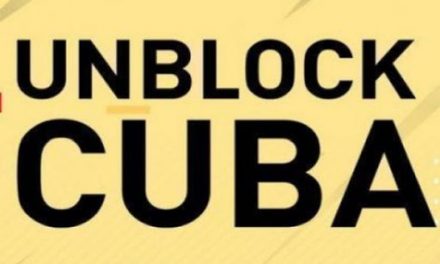