University of Chicago professor Richard Thaler won the 2017 Nobel Prize in economics for telling economists something that everyone else already knew. One of the pioneers of what has come to be called “behavioral economics,” Thaler has put forward the earthshaking, profound claim that people do not always, or consistently, act rationally.

Now why would this seemingly commonsensical observation deserve a Nobel Prize? Why would anyone believe otherwise?

Until the catastrophic collapse of the global economy in 2007-2008, a significant portion of US academic social sciences was constructed on the assumption that public, political, and economic behavior could be understood through the prism of individual self-interest and the presumption of rational choice. Though the crash cast a shadow over the absolute dominance of that assumption in the field of economics, it remains the methodological pillar of great swaths of social scientific research today. The crisis was a much needed reminder of the folly of investing “rationality” in economic life.

Thaler’s Nobel recognition will put little more than a dent in the long-reigning ideological disposition to see the individual as fundamental to scientific analysis, along with the individual’s self-acquired interests and rationally-determined goals. Anglo-American social scientists will continue to embrace individual rational choice as the centerpiece of their explanatory framework, as the fundamental building blocks for understanding human behavior.

The Story Behind the Story

The idea of the importance of individuals, interests, and reason in explaining human action is not a new one. Aristotle’s conceptual model– the practical syllogism– sought to expose the logic of human action, basing it upon individual ends or desires and the knowledge of how to attain those ends and desires. But Aristotle did not believe that reason and interests determined human action with the force of logic. Instead, he wondered why, in real experience, they did not produce the expected results, why people acted differently from what was, in fact, their best interests. He was convinced that individual self-interest, reason, and knowledge were not sufficient to explain how people behaved. The break in the chain of goal-setting and deliberation was, he surmised, weakness of the will (ἀκρασία). In this regard, Aristotle anticipated Thaler by over two thousand years.

With the ascendancy of capitalism and its ideological superstructure, the role of individuals, reason, and self-interest took on a new importance. At the heart of the capitalist world view is the notion that the individual should have the opportunity to place satisfaction of his or her wants at the center of her or his world and enjoy the opportunity to strive to realize those goals without the restraint of others (what came to be today’s popular, uncritically embraced concept of freedom). The centrality of rights-talk in the modern era follows inexorably.

At the same time, the capitalist world view required a social component to protect and promote the opportunities afforded to individuals. Individuals cannot pursue every whim without denying some of the whims of others. Conflict would necessarily follow if everyone pursued goals with no consideration of others.

Reconciling individual freedoms became the great challenge for thinkers in the capitalist era. The solution, exemplified canonically by the work of Hobbes, sought to resolve the conflict between clashing “freedoms” through the mechanism of a contract, agreement, or constitution. Reaching into the toolbox of rationality, defenders of the capitalist ethos argued that rational individuals would see that it was obviously in each and every person’s best interest to accept constraints on individual actions. People would recognize that it was reasonable to surrender complete autonomy to a common good. Thus, the consent of individuals to forego some freedom of action would serve as the bridge between individual choices and the common or general will, between the individual and the social. It would be possible to both avoid the anarchy of unrestrained freedom and to create a civil society, while retaining individualism, rationality, and the core of freedom as much as would be reasonably possible.

While this defense of the capitalist world view raises as many questions as it answers, it met its greatest challenge from the rise of the workers’ movement and the clash of classes. The challenge was best articulated in the work of Marx and Engels. They argued that individual interests and collective or common interests are qualitatively different. They saw classes as having interests over and above individual interests taken alone or in the aggregate. Thus, it is possible for most workers to believe individually that it is in the interest of each and every one of them to sign a labor contract and work in a privately owned coal mine under barely tolerable conditions while it is true that it is in their interest as a class to overthrow the private ownership of that mine and not accept the contract.

How could both be true?

Marx and Engels maintained that from the class perspective, from the perspective of the working class as a social whole, the elimination of the wage system and private ownership of the means of production represents the true interest of the workers. Or, if you like, there is a contradiction between the interests of the workers as individuals and as a class.

This claim is not dissimilar to the classic tenet of informal logic, the fallacy of composition: properties ascribable to each individual in a class of individuals cannot be necessarily ascribed to the class itself; properties of the parts are not transferred as properties to the whole. For example, most of the poor people in the world may be hungry, but the class of poor people is not, in any proper sense, hungry.

The intellectual defenders of capitalism seek to place shared rational choice (a fictitious “vote”) at the center of its explanation of civil society, of the legal, moral, and political edifice consensually constructed to promote individual freedom. Marxists, on the other hand, argue that individual consensus cannot exhaustively account for class interests and the ensuing action and interactions of classes. The realm of the social is, in important ways, autonomous from the realm of the individual. Bourgeois social thinking, grounded in the individual, leaves a host of social phenomena untouched, unexplained.

However, it is not the logical divide between the personal and the social, the gulf between the individual interests and class interests alone that challenges the worldview erected from individualism, self-interest, and rationality. The two centuries following the rise of industrial capitalism saw a growth and development of the working-class ideology with Marxism at its core.

In the aftermath of the Second World War and the Chinese Revolution, the capitalist world view lost its luster as more and more people in more and more places seriously considered the socialist option. Newborn countries freed from the colonial yoke considered socialist development as an alternative to the course recommended by their former colonial masters. The Marxist method that gave priority to class in social analysis found new adherents worldwide. The momentum of Communism threw capitalism into a panic, not only in politics, but in ideology as well.

Foundations and think tanks mounted a war on the growing credibility of the socialist option. Thinkers began to work feverishly to meet the challenge of shoring up the capitalist ideology against the success of class analysis.

As S.M. Amadae demonstrates in her brilliant book Rationalizing Capitalist Democracy: The Cold War Origins of Rational Choice Liberalism (2006), much of the new thinking to legitimize capitalism sprung from Ford Foundation support, along with the RAND corporation and its stable of hired guns (the Ford Foundation played a similar role in supporting the effort on the cultural front as Frances Stoner Saunders documents in her equally impressive book, The Cultural Cold War).

While Amadae is no advocate of socialism, she clearly sees the construction of a scientifically credible theory as an increasingly urgent and conscious effort to arm the capitalist West ideologically against socialism’s growing popularity. Her careful research shows the commitment to re-found anti-Marxist social science on the rock of rational choice theory and its close variants.

Rather than accept the existence of an explanatory framework that goes beyond a universe of individuals, rationality, and narrow interests, the new thinking, as embodied in the pioneering work of Nobel laureate Kenneth Arrow, simply denies that there is any coherent social choice beyond individual choice.

Arrow demonstrates (1951) mathematically that it is impossible (“the impossibility theorem”) for the rational choice calculus to generate coherent collective preferences from individual preferences. For Arrow, this result supports a skepticism about social goals expressed as collective preferences. While the import of Arrow’s findings might have generated a healthy debate, the elevated emotions of the Cold War era and the ideological needs of the anti-Communist academy promoted the theory– rational choice theory– to the head of the class. A theory that “rigorously” dismissed the intelligibility of class interests was too valuable to subject to serious scrutiny.

One might have equally and reasonably objected that any theory that could not account for collective preferences was theoretically defective. One could turn the tables and argue, as Marx would undoubtedly have, that collectives, social phenomena were as real, as objective as individuals. So, a calculus that could not explain class interests was theoretically “skinny;” foundations built on individuals, self-interest, and rationality alone were not sufficiently robust to serve as a foundation for the social sciences. If rational choice theory cannot account for collective preferences, then jettison rational choice theory! But in those feverish times, Western academia– bourgeois social science– would not countenance this reductio ad absurdum argument.

From the Arrow moment, rational choice theory spread quickly to other social sciences. Nobel laureates followed in its wake. This theory and its variants served as a basis for “grounding American capitalist democracy. In its guise as ‘objective’ or ‘value free’ social science, it is difficult to appreciate the full import of social choice, public choice, and positive political theory for reconceptualizing the basic building blocks of political liberalism. In light of the Cold War ideological struggle against the Soviets, this enterprise of securing the philosophical basis of free world institutions was critical,” in the words of S. M. Amadae.

Rational choice theory has penetrated deeply into the pores of social science, especially in economics and especially in the US. Its methodological ascendance has established it as a gatekeeper against the inroads of Marxism in Western social theory. Ironically, it has even penetrated into Western Marxism under the guise of “Analytic Marxism;” scholars trained in rational choice theory drew the conclusion that methodological individualism, self-interest, and rationality were incompatible with major tenets of Marxism– a surprising conclusion to all but Marxists!

The struggle for a new politics based on the rejection of the dominant capitalist ideology cannot be won without critically addressing the failings of rational choice theory. A revolutionary socialist ideology must confront it directly. It has left much of the social sciences in the US a barren, but ideologically pure apologist for capitalism. It contaminates public policy, justifying the explosion of inequality and the obsession with public sector austerity.

Professor Thaler’s award acknowledges its failings in a small way, but leaves the dogma intact. 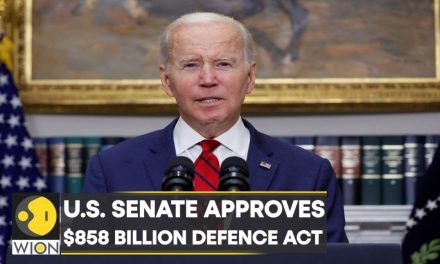 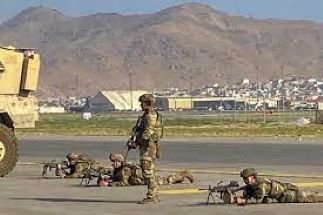