After four months of violence, peace may be breaking out in Nicaragua, which has gotten those North American partisans opposed to Nicaraguan President Ortega worried. But they have one last hope.

The latest in a series of anti-Ortega articles in The Nation is entitled “An eternal night of persecution and death.” We are told: “Despite mass killings and newly authoritarian laws, a diverse opposition says the movement to oust Ortega is far from over.”

Although some analysts understand the relative calm that has befallen Nicaragua is mainly due to the failure of the opposition to sustain public support, this article maintains it is because it is “too dangerous for resistors to rally publicly.” The article is primarily based on an interview with an anonymous source “whose name has been altered for his safety.” Toward the end of the article, we find out that the anonymous source is “at a coffee shop in New York.” Ever vigilant, he has his back to the wall “facing out at the rest of the café.”

With the opposition in quiescence, The Nation is still hopeful for regime change. The anonymous source “laments” that “the only way Ortega would concede to that would be with US and international pressure.” The article concludes that “while the United States is not the perfect partner, options are limited.” The article condemns Ortega, who “no longer represents the ideals of…anti-imperialism,” but does not extend that criticism to publications calling for the US to partner in regime change in Nicaragua.

Will Uncle Sam Come to the Rescue?

Academic Latin Americanist William I. Robinson, an opponent of Ortega, questions whether the US will oblige. He contends “Washington’s primary interest in Nicaragua is not getting rid of Ortega but in preserving the interests of transnational capital.” Much of Robinson’s analysis is consistent with those who oppose US involvement in the recent violence in Nicaragua. Robinson agrees that the CIA surrogate, the National Endowment for Democracy (NED), “funding started in the mid-1980s and has never ceased. It is not new to the Ortega-Murillo period.”

However, Robinson’s assertion that the US funding has “not been aimed at overthrowing Ortega” is mistaken. The so-called “democracy promotion” dollars from the US went to the opposition who are intent on overthrowing Ortega. Robinson agrees a viable left alternative within the opposition to Ortega is lacking: “These popular sectors from below have no project of their own to put forward as a viable alternative to replace the regime. This opens up the popular resistance to manipulation or co-optation by the third force.” This third force, Robinson explains “is the bourgeoisie, organized in the Superior Council of Private Enterprise (COSEP), the oligarchic elite, transnational capital, and the United States.”

And Robinson agrees: “Finally, have right-wing forces taken advantage of the uprising to try to gain control over it? Absolutely. Have these forces deployed their own violence. Yes. Have they manipulated a disorganized and politically incoherent grassroots opposition to Ortega-Murillo? Yes.” To his rhetorical question “would the post-Ortega scenario (that) the Right seeks to achieve be ‘more, not less, neoliberal, repressive, and authoritarian’ than the regime?” Robinson answers “probably.”

So what’s Robinson’s beef with what he characterizes as “the infantile manichean view of a significant portion of the US Left”? Robinson is a major proponent of the view that US imperialism has been eclipsed by a “transnational capitalist class.” Robinson does allow that on a world scale Nicaragua weighs in as being more progressive: “Has the Ortega regime, with its assistancialism (sic), been anywhere near as ‘bad’ as these other neoliberal regimes? Certainly not.”

But, less bad is not enough. The crux of his difference with the anti-imperialist left is that they uphold Nicaragua as worthy of defense, whereas in Robinson’s post-US imperialist world no nation passes his litmus test. The Threat of an Alternative to Empire Since the fall of the Soviet Union and its allies, all countries are compelled to be integrated into the world capitalist market, including Nicaragua. This is well described by Robinson in his academic work.

But Robinson is less insightful regarding the coercive aspect of US relations with progressive countries such as Nicaragua and its allies in ALBA (Bolivarian Alliance for the Peoples of Our America) such as Cuba, Venezuela, and Bolivia. These countries and their leaders are very much in the cross hairs of US regime change efforts precisely because they represent some degree of a challenge to neoliberalism and because they are not compliant to every dictate of the empire.

Robinson may label this view as “manichean,” (i.e., seeing a binary world of good or evil), but it is a reality imposed by the US. George W. Bush, in his own eloquent way, summed up US strategy best: “You’re either with us or with the enemy.”

One of the factors contributing to a tipping point between US cooperation and US coercion was the adoption of a inter-oceanic canal project with Chinese financing, which fundamentally challenged US geopolitical interests. The US has imposed sanctions against top Nicaraguan officials. USAID received an additional $1.5 million to promote “freedom and democracy” in Nicaragua. The NICA Act has passed the House by unanimous consent and is pending in the Senate. The NICA Act is designed to restrict international financing and thereby create misery among the Nicaraguan people to pressure the Ortega government.

And the bulk of the US diplomatic corps has been withdrawn from Nicaragua. The US State Department’s travel advisory warns that the remaining “US government personnel are prohibited…from entering…gentlemen’s clubs throughout the country due to crime.” “Non-emergency government personnel” have been evacuated to go back home, presumably where gentlemen’s clubs are still safe.

Nicaragua and its allies represent a breathing space in a world dominated by the US empire. The US government recognizes the alternative posed by Nicaragua as a threat and has targeted the Ortega government, even if some academics are less perceptive.

Roger D. Harris is on the board of the Task Force on the Americas, a 32-year-old anti-imperialist human rights group.  This article  first appeared in Dissident Voice. 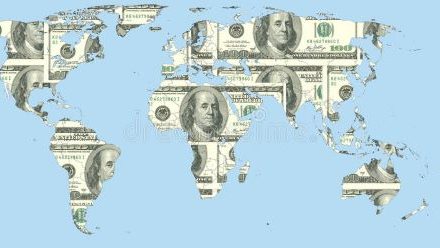 On The Recent Developments In Latin America