Against the Imperialist World Order

The struggle of the Left and the struggles of the peoples for world peace and security against the imperialist world order. Speech of KKE (Communist Party of Greece) at the International Meeting of AKEL (Progressive Party of the Working People) Cyprus.

We thank AKEL for this invitation to take part in its congress and today’s international meeting.

We would like to take the opportunity to reiterate the unreserved solidarity of the KKE with the struggle for a federal, bizonal, two-community solution, with a single sovereignty and international representation, for a united Cyprus, independent, without foreign bases and armies, a common fatherland for both Turkish and Greek Cypriots, without foreign protectors and guarantors.

The issue which we are discussing here today has special importance and in order to understand it in all its aspects we must study the significant experiences of the struggles that have been carried out up to the present day for world peace and security.

The communists have contributed greatly to the anti-imperialist struggle, against imperialist wars and interventions.

Nevertheless we should look at this issue more deeply.

The assessment of our party is that in the past, in the name of the "peaceful coexistence" of the peoples, especially in the way this line was followed after the 20th Congress of the CPSU, serious mistakes were made, which contributed to a negative change in the correlation of forces.

What kind of mistakes? These mistakes were rooted, first, in the separation of economics from politics.

And, second, through the assessment that only certain imperialist powers were warlike and aggressive, and that others could build along with the USSR and the other socialist countries of eastern and central Europe a system of "mutual security," peaceful cooperation, and even peaceful "competition."

This mistaken assessment, which was not only restricted to the governing communist parties, but was widely adopted by the revolutionary movement, led to the cultivation among the peoples of utopian viewpoints, that imperialism will allegedly give up its weapons of mass destruction one day, which the USA first invented and used on Hiroshima and Nagasaki.

These attacks did not serve any military purpose but were clearly intended to terrorize the USSR. These views formed the basis for the development of utopian political positions, opportunist policies concerning international and regional Ã¢ÂÂsecurity systemsÃ¢Â.

Today we know from the results, that however many disarmament agreements were signed by the imperialist powers, however many times they were compelled to be bound by agreements on various international issues in the UN, under the pressure of the USSR and the other socialist countries, they never gave up on their plans.

The proof of this is the series of unresolved international issues, such as the Cyprus and Palestinian problems, for which the imperialist powers are responsible for the non-implementation of UN decisions.

Today, without the USSR, the international balance of forces has become even more negative.

International law, as we knew it 30 years ago, no longer exists. It is used whenever it is convenient, like the UN, which has been transformed into an arena of conflicts between the imperialist powers, and as a tool for the imposition of the plans of the imperialists. The decision of the Hague tribunal, which legitimized the NATO intervention in the Balkans and the protectorate of Kosovo, demonstrates clearly what international and European law mean in reality.

Another example is the decision of the European Court of Human Rights which vindicated Latvia, where the ant-fascist veteran Vasili Kononov has been persecuted and imprisoned by the government, because according to the court he acted as a "terrorist" in 1944, fighting against the Nazi hordes which had invaded his country, the USSR.

Another demonstration of this is the decision of the USA to continue its criminal blockade of Cuba, despite the international outcry and the repeated annual votes in the general assembly of the UN.

Especially after the dissolution of the USSR and the Warsaw agreement, the term "security" is used by the imperialist organizations within the framework of the so-called fight against "terrorism" and "extremism," in order to justify imperialist interventions, harsh measures of repression, and the shackling of the labour-popular movement.

Is there hope for the peoples in these difficult circumstances, with the deterioration of the global balance of forces? We answer, Yes!

But first of all the peoples must reject the unacceptable , damaging and dangerous views which international social democracy cultivates concerning "democratization" of global governance and the "new global architecture," which allegedly can be achieved through the modernization of the European and international organizations. This is a hoax, a pipe-dream which has no relation to reality.

Similar dead-end proposals, concerning a "reformed," democratized system in the UN are promoted by the so-called "European Left Party," creating confusion, whitewashing the dangerous role of imperialism and the imperialist powers. Within this framework we can understand the tittle-tattle concerning so-called "multi-polarity" – which will allegedly lead to respect for international regulations and principles – for what it really is.

Our party is of the opinion that these proposals, as well as those concerning the widening of the UN Security Council with other countries or the proposals of Russia and China on international matters, are not capable of regulating global developments.

Because they overlook the fact that the USA is not the only imperialist power.

Because these proposals cannot stop inter-imperialist contradictions, which are sharpening over raw materials, energy and its transport routes, the battle over the share of the markets.

In reality, these proposals ideologically prettify the new balance of forces, which have been formed in capitalist and imperialist barbarity, with the aim of deceiving the workers.

It is the competition of the monopolies which leads to both local and more generalized military interventions and wars. This competition is waged with all the means which bourgeois state power has at its disposal in every country, it is expressed in the inter-state agreements, which are constantly being challenged due to uneven capitalist development.

This is imperialism, the source of wars of aggression on both a small and large scale.

In the estimation of the KKE the solution for the peoples cannot be found today through appeals for international law to be respected and the democratization of the UN. Nor can it be found in the baseless hopes for a multi-polar world of up and coming imperialist powers; the class essence of these countries is just as predatory as that of the USA.

The road of solid and mass anti-imperialist struggle is the way forward for the peoples, their common front against imperialism and all the imperialist unions, irrespective of their name, or the power which leads them. No subservience to the institutions, which is expertly cultivated towards the UN and the other imperialist institutions and organizations, which today reflect in every instance the correlation of forces between the imperialists.

This struggle must go hand in hand with the demand for disengagement of our countries from the imperialist unions, like the EU and NATO.

Â§ NATO is planning a new dangerous strategy and dogma, which will legislate for a widening of its activity internationally, as well in the internal social and political affairs of all countries.

Â§ The EU is cooperating closely with NATO to create police and military bodies for new imperialist interventions.

The need for the struggle for disengagement from these imperialist unions has become even more intense. A struggle, which is inextricably linked to the struggle for the overthrow of capitalism and the construction of socialism-communism.

Elisseos Vagenas, a member of the CC of KKE, is Director, International Relations Department, KKE 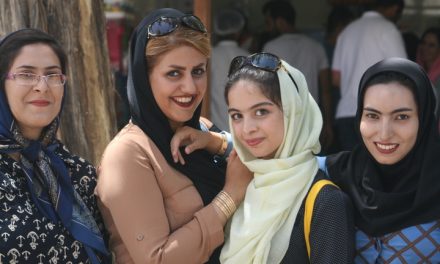 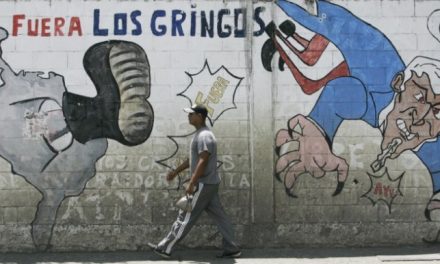