Against the Outrageous Anti-Communist Resolution of the European Parliament 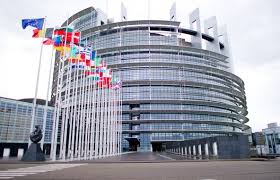 By New Communist Party of Yugoslavia

The majority of the European Parliament approved a serious and abject resolution, which constitutes a deplorable part of the European Union’s strategy of historic revisionism.

The majority of the EU parliament is rewriting history: The cause of the Second World War was not the Nazi invasion of Poland, but the result of the German-Soviet non-aggression treaty defamed as the “Hitler–Stalin Pact”.

Centering  this shameless equivalence upon the Ribbentrop-Molotov Pact, disregarding its historical context, the resolution adopted by the majority of the EP omits how the great capitalist powers tolerated, colluded and aligned with the ascent of fascism in several European countries, motivated by the battle against the communist ideal and the enormous economic and social achievements of the workers and peoples of the USSR, which encouraged the struggle and aspirations of workers and peoples throughout Europe.

This would explain the intentional absence of any references, in this resolution adopted by the majority of the EP, to the Quadripartite Agreement, of July 15th 1933, signed by the United Kingdom, France, German and Italy, that opened the door to Germany’s rearmament; or Hitler’s and Mussolini’s support of Franco and the fascist coup that led to the Spanish Civil War, whose fascist government would be recognized by France and the United Kingdom in February of 1939; or the Munich Conference, resulting in an Agreement, signed on September 30th 1938 by Germany, France, Italy and the United Kingdom, dismembering Czechoslovakia’s territory, occupied by the nazi army, with parts of its territory occupied by Poland and Hungary. Or the French and British government’s sabotage of efforts to negotiate mutual assistance with the USSR, stopping a second world war, encouraged by their expectation of a German-Soviet conflict.

The current anticommunist politics obscures the scale of what’s being commemorated: Starting in 1941, the Soviet Union bore the brunt of the Nazi war machine and played perhaps the most important role in the Allies’ defeat of Hitler. By one calculation, for every single American soldier killed fighting the Germans, 80 Soviet soldiers died doing the same.

The Red Army was the main engine of Nazism’s destruction. The Soviet Union paid the harshest price:  26 million Soviet citizens died during World War II, including as many as 11 million soldiers. At the same time, the Germans suffered three-quarters of their wartime losses fighting the Red Army.

The epic battles that eventually rolled back the Nazi advance — the brutal winter siege of Stalingrad, the clash of thousands of armored vehicles at Kursk (the biggest tank battle in history) had no parallel on the Western Front, where the Nazis committed fewer military assets. The savagery on display was also of a different degree than that experienced farther west.

The European Parliament proves to be a flag-bearer of anti-communism, which is the official ideology of the EU, a forerunner and a necessary complement to the harsh anti-popular policy it imposes together with bourgeois governments in its member states. 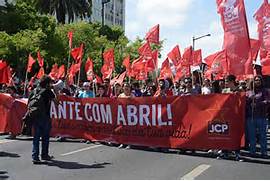 Statement of the Central Committee Meeting

Europe and the European Union, Realities, Experiences of Struggle