No to imperialist interference in Mali and the provocations of their Islamist agents inÂ Algeria!

French imperialism continues unabated in executing its plan for total political and military control of its former African colonies.

After CÃ´te dÂIvoire, where commandos removed Gbagbo by force Â sent to a prison in The Hague Â and installed their puppet Ouattara, France has launched its air armada and landed its troops in Mali under the pretext of fighting Islamist armed groups deployed in the north of the country and defending MaliÂs territorial integrity.

For a week now the French imperialists are trying to achieve one of their goals: to sustainably deploy their military forces in Mali, transform the country into a bridgehead to control the wealth of the Sahel, with the blessing of the UN, a body of bargaining and sharing of the world into spheres of influence of the imperialist powers. With the so-called international legitimacy for its actions issued by the UN, French imperialism has obtained clearance. ECOWAS, its neo-colonial instrument, is playing policeman. The policy of FranÃ§afrique is to make and unmake regimes in Africa according to French interests.

This pretext is crude and hypocritical. Either as a right wing government or a government of the ÂleftÂ, imperialism has always supported the reactionary movements, which are camouflaged as religion in order to counter the desire for emancipation of the peoples of from imperialist domination and overthrow the leaders who resist.

French imperialism kills two birds with one stone. (Il vient de faire dÂune pierre deux coups.) Send troops to Mali. And hide under the intervention a plan of encirclement of Algeria from the south to strengthen pressure on our (Algerian) government to push it further along the path of compromise and break with its traditional anti-imperialist policy.

The Algerian Party for Democracy and Socialism condemns the authorization to the French military planes to fly over the territory of Algeria granted by the Algerian government.

Imperialism deceives the people of Mali whom it wants to believe it is trying to protect from the obscurantist hordes.
It would be naive, blind or in bad faith to forget, or not to see, that for decades these groups and their plans are and were the best aid for imperialism: Afghanistan, Bosnia, Kosovo, Libya, and now Syria.

Can we forget that in the 1990s the French socialist leaders supported the Islamic Front in Algeria requiring recognition of its alleged Âelectoral victoryÂ in December 1991 and helped to spread the worst campaigns of lies aimed at exonerating the massacres in Algeria of the armed Islamist groups?

How can we believe that the imperialist powers will release the Malians from the dictatorship of obscurantist groups, while with fire and blood they try to replace at the head of Syria with the support of monarchist regimes Â theocratic Saudi Arabia and Qatar?

Imperialism is facing the most serious structural economic crisis in its history. It needs to divide people. In some countries it pretends to fight, while in others it supports groups of religious fanatics who organize in the Arab and Muslim diversions by imposing terror medieval religious practices.

These diversions are intended to prevent people reflecting on the political, economic and social measures they need to take to release the plunder of their resources by multinationals to shake imperialist domination, a revolutionary way to transform the economic base of their countries.

Imperialism propagates Islamophobic racism. It sets alight the internal wars in Arab and Islamic countries. It then appears with the mask of ÂsaviourÂ. In fact, it tries to create from scratch an excuse to send its spies in these countries, its agents, mercenaries, its killers and military and install puppets in control.

What is happening in Mali and what has happened in the gas complex of Amenas Â with the incursion of heavily armed groups from Libya, taking dozens of foreign hostages and killing a number of themÂis the only predictable result of the military intervention in Libya by the imperialist powers, the USA, England, France, NATO and the European Union.

The liquidation of the strength of Gaddafi regime with the support of the most reactionary forces in that country poses grave dangers for Algeria and exposes the provocations by these powers subversive services.

This liquidation encouraged the obscurantist forces to raise their heads in their sinister march to power. These are the imperialist powers that organize widespread insecurity in the region in order to justify their interference. The emir of Qatar, a friend of French leaders, does not hide that it openly supports and finances the Islamic fundamentalist terrorists sent to Libya and to Mali which no government, not even the Algerian government, has condemned. French leaders exploit the presence of terrorist groups to interfere in the affairs of Mali.

Under the pretext of lending their support in the fight against Islamist armed bands, the imperialist powers are pushing the Algerian regime to accept the principle of the presence of their ÂexpertÂ soldiers in the Algerian Sahara, the first step to installing military bases designed to undermine the country from within.

The Algerian people are not fooled. That is why they reject the intervention of these powers in AlgeriaÂs internal problems and reacts with indignation attempts by leaders of Britain, the USA and other countries to dictate their views to Algerian military officials on how to neutralize these criminal groups.

It is the leaders of the imperialist powers who are responsible for the death of many workers, technicians Â both Algerian and foreign Â at the Amenas gas site.

Algerian communists express their solidarity with the families of all the victims of the terrorist operation, sacrificed by imperialism to realize its plans for domination of the region.

These events are not surprising Algerian communists. The Algerian Party for Democracy and Socialism has warned the workers and the people of Algeria on numerous occasions the consequences that would arise from the imperialist aggression in Libya and, in general, its aggressiveness in the world.

Workers and people are able to resist and inflict defeats.

It belongs to the people, their revolutionary and progressive forces, to fight their own reactionary currents, the interference and destructive imperialist wars that promote the expansion of these currents that reinforce the exploitation and oppression of the people.

Faced with this reactionary collusion internally and externally, they must rely on their internal mobilization of masses and on the solidarity of progressive forces in the world. Key resistance is first building revolutionary parties committed to end exploitation and imperialist and capitalist domination.

Algerian Party for Democracy and Socialism 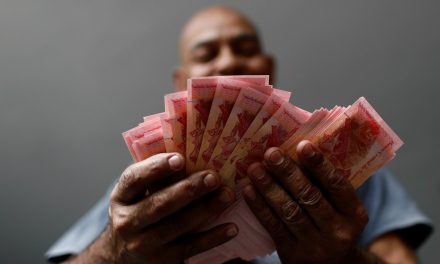 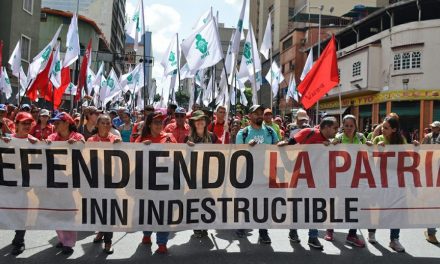