Cannibalism on the Left

At a time when economic inequality has reached record levels and unions face existential threats, you would think the Labor movement would refrain from eating its own, but no.

In a recent article in the online newsletter Counterpunch, "long time unionist" Alberto Ruiz attacks the AFL-CIO sponsored Solidarity Center, whose mission is to strengthen unions in countries like Colombia, as an "imperialist organization." Pointing to a half dozen WikiLeaks cables that document meetings at the U.S. Embassy in Bogota, Ruiz claims that Solidarity Center staff are working to undermine the very unions they are supposed to support.

After reading the WikiLeaks cables, a very different picture emerges. The reality is that Solidarity Center staff meet with Embassy officials in order to draw U.S. government attention to the dangers facing unionists in Colombia. There have been 2,837 murders of union members since 1986.

The murderers are paramilitary assassins, who avoid prosecution 96% of the time. Colombia is the most dangerous country to be a unionist. That is exactly why the Solidarity Center is active there. Two summers ago I attended meetings at the U.S. Embassy in Bogota and the Colombian government’s Office on Human Rights after a fact finding trip to the Magdalena Medio region of Colombia. The primary purpose of those meetings, which were organized by the Solidarity Center, was to report our observations of the risks to union organizers and to advocate for improved security for them.

We had seen firsthand the threats they faced. We heard their stories and saw the pictures of the "fallen ones" on the walls of their union halls. The dangers extend to Solidarity Center workers as well. One member of our delegation was followed by a known paramilitary operative, and we had a run-in with the secret police, who were trying to secretly photograph us.

Ruiz’s article, which repeatedly names Solidarity Center staff, lacks sensitivity to the real risks they face. The article’s inaccuracy is bad enough, but even worse is its recklessness.

Ben Field recently attacked an article in Counterpunch, "Colombia and the AFL-CIO" by Alberto C. Ruiz. (www.Counterpunch.org) Field, writing under the title Staff Director of the South Bay Labor Council, says "Cannibalism on the Left" is causing the labor movement to be "eating its own" and getting in the way of action against economic inequality and union busting.

His drift is that any criticism of AFL-CIO foreign policy and the Solidarity Center is "cannibalism." Constructive criticism is essential in our unions Â essential to democracy. Our history shows critical "cannibalism" coming from the right, not the left.

Cold War McCarthyism decimated the ranks of militant leaders and diverted progressive action in the AFL-CIO for generations by targeting progressives and progressive unions with red-baiting and expulsion. Its poison lingers on to often single out and isolate leftists.

In a conversation soon after Ben Field came on at the South Bay Labor Council he off-handedly disparaged a May Day immigration reform march as celebrating "a lefty holiday."

May Day, born in the U.S.A, came out of the struggle for an eight hour day. It came to signify real international labor solidarity, and stepped us into the modern labor movement. This disparaged "lefty holiday" commemorates the militant history of our trade union movement.

Let’s dispel the notion that the Solidarity Center (SC) is what Ben Field calls our "own." Though touted as the "international arm" of the AFL-CIO, we can’t overlook that it is financed almost entirely by taxpayer money through the National Endowment for Democracy (NED), USAID, and the State Department.

The international operations of the AFL-CIO have been thusly financed by every administration, Republican and Democratic for generations. If common experience tells us to follow the money and that, colloquially, "He who pays the piper calls the tune," then the SC is decidedly not our own.  The SC operates in 60 countries and reports to the NED. Allen Weinstein, who worked on the legislation that created the NED, once said "A lot of what we do today was done covertly by the CIA."

I see SC as playing a vital role in the "good cop Â bad cop" scenario of U.S. militarized foreign policy. Overall, it serves the 1% oh so very well. We may think of the SC as doing some important and good work, but one might also think of it as a velvet glove on Corporate America’s global iron fist.

How dare Ben Field deprecate Alberto C. Ruiz with cynical quotation marks to shed doubt on Ruiz’s claim to be, a "long term unionist." Ruiz most certainly has years of experience representing union workers here at home and also working in active solidarity with workers in Colombia toward ending the anti-union paramilitary violence they face on a daily basis. Ben Field’s experience as either a trade unionist or as an international solidarity activist pales to insignificance compared to that of Alberto Ruiz.

When Ruiz goes to Colombia he automatically becomes what Colombian unionists call "a military target." Ruiz uses a pen name on this article to protect himself and the workers he represents so he can continue to do his work and speak out in a hostile political climate.

Nothing new about that, inside or outside of the labor movement.  Field says Ruiz "repeatedly names Solidarity Center staff" and "lacks sensitivity to the real risks they face." The only person on Solidarity Center staff in Colombia mentioned by Ruiz is the Country Program Director, Rhett Doumitt, a public person.

Anyone interested can find his name near the top of the page by Googling "Spokesman for the Solidarity Center in Colombia." Some recklessness! As for Ruiz’s sensitivity, he has repeatedly been where most of us would fear to tread in Colombia. He knows and lives the dangers far more deeply than any of his critics.

Ruiz probably has shown and built as much, or more, palpable solidarity with the workers of Colombia than any other North American trade unionist.

Fred Hirsch is a long-term trade unionist, member of Plumbers and Fitters Local 393, and a delegate to the South Bay AFL-CIO Labor Council 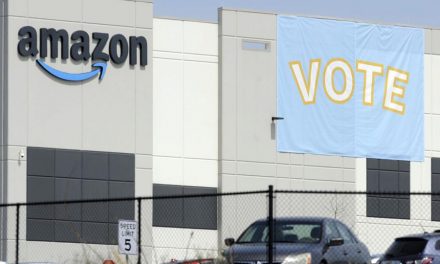