Translator’s introductory note: The Army of National Liberation (ELN), an insurgency negotiating peace with Colombia’s government now for eight months, joined its negotiating partner in a ceasefire that began on October 1.

The ELN editorial appearing below concerns an attack October 5 by 1000 police against rural inhabitants of Tumaco, a municipality close to Colombia’s border with Ecuador. The police killed nine or ten of them – reports vary – and wounded at least 50. Three days later they used stun guns and tear gas to disperse a crowd of human rights activists in the area to investigate and protest; many were from abroad.

Small farmers in that impoverished region grow coca in order to exist. Profit-seeking intermediaries turn coca leaves into cocaine for consumption mainly in the United States. The peace agreement between the government and the FARC, in effect for almost a year, stipulated that coca eradication would be voluntary and gradual and that small farmers would receive support for growing alternative crops.

Instead, the police were in Tumaco, a city in Nariño department, to enforce compliance with the government’s actual policy, forced eradication. The episode signifies that an important provision of the peace agreement is being violated, and there are other instances of flawed implementation, according to critics. Importantly, forced eradication causes rural populations to abandon their tracts and thus prepares the way for land to be exploited by wealthy elites.

The massacre carried out by the police on October 5 in the Puerto Rico district of Tumaco municipality left nine small farmers dead and more than 50 wounded. It’s a grave affront to the cease-fire agreed upon by the government [and the ELN]. The original objective of that was “to improve the humanitarian situation of the population.” This tragedy goes against that purpose inasmuch as the letter and spirit of the [ceasefire] agreement were violated. Consequently we are demanding urgent action and a ruling from the Oversight and Verification Mechanism established by the United Nations, the Church, and parties to the agreement.

Both the massacre at Tumaco and the lies the government uses to cover it up have nothing to do with peaceful purposes. The resulting contradiction requires popular and national unity for a great national mobilization and consensus that continuing criminalization of social protest needs to be confronted.

This continuing tragedy shows how weaponry of the state is still being put into the service of politicians and the dominant classes. As long as those on high continue relying on violence to perpetuate themselves in power, any advance to the political solution sought by the ELN and the great majority of Colombians – to a new reality in this country – will be impossible.

One truth they want to hide, besides police responsibility for instigating the massacre, is that small-farmer communities are crying out for the government to fulfill its commitment to voluntary eradication [of coca growing] and the creation of alternative economic sources.

Some people think that Generals Salamanca – Commander of the Nariño regional police – and Tafur – commander of the Army’s “Pegaso task force” – gave the order to shoot. No, No, No! The order came from the U. S. capital. (The Pegaso Task Force has carried out irregular-military operations against the FARC in Nariño since 2011 – Translator).

Trump gave singing voice to the threat when on September 13 he proclaimed that without significant progress in the eradication of coca-growing, he would place Colombia on the list of failed states unable to control traffic in cocaine. One detail, and no minor one, is his confession that Colombia hadn’t been included on such a list because its police and the armed forces are “close partners of the United States in maintaining security in the hemisphere,” and because they “have resumed eradication, significantly reduced since 2013.”

Recently, on July 3, Kevin Whitaker, the U. S. ambassador in Bogota, attributed the expansion of coca cultivation to “the social protest of 2013 that affected eradication.”

For his part, William Brownfield, Assistant Secretary of State for International Narcotics and Law Enforcement Affairs, on August 2 threatened that if expansion of coca cultivation in Colombia isn’t restrained, “bilateral problems will be showing up soon.” At the same time Republicans in the U. S. Senate read out a memorandum of former President Uribe who accused the Santos government of “abandoning the fight against illegal crops in order to facilitate negotiations with the FARC.” Meanwhile Democratic Party spokespersons passed off excessive coca cultivation as a “failure of Plan Colombia.”

A report from the U. S. Drug Enforcement Agency in early September has it that coca-leaf cultivation in Colombia expanded from 195,000 acres in 2012 to 470,000 acres in 2017. It attributed the growth to suspension of aerial fumigation since October 2015, to a two-thirds reduction in the budget for manual eradication since 2008, to that part of the agreement with the FARC that incentivized planting, and to fewer eradication operations in FARC–held areas so as to avoid military attacks.

On September 24, Whitaker announced that the coming months would see “convincing results” in the fight against illegal cultivation. Eleven days later, the United States scored its first telling results with the Tumaco massacre.

We have to remember how the banana workers were mowed down on December 6, 1928 after Browning machine guns had been deployed in all four corners of the plaza of Ciénega, Magdalena. Today that tragedy is being repeated with those same elements that Gaitán denounced when he said that “the oligarchy has bullets for the people and their knee on the ground for Yankee gold.” For Gaitán, that genocidal operation was a matter of “fixing social problems with a revolver.”

The population around Tumaco comprises indigenous and African-descended peoples, plus families displaced from other embattled regions. Most of the 4000 families living in the region derive their livelihoods from cultivating coca. They account for 16 percent of the coca sown in Colombia, and peace negotiators in Havana paid them special attention.

Nevertheless, according to marchpatriotica.org, “land concessions to big foreign entrepreneurs for exploiting forests, water, and other mining and energy resources add complexity to the struggles of indigenous peoples, small farmers, and Afro-descendants in using land and territories in order to support life, culture, autonomy, and [their] own economies.” Their inability to maintain small- scale coca cultivation would thus very likely open the door to further monopolization of land.

The U.S. pretext for ordering the Colombian government to back away from the voluntary eradication promised in the peace agreement is the FARC’s involvement in the agreement and, after all, the FARC were drug traffickers. The FARC, however, no longer exists as an insurgency, and the FARC’s involvement in the coca trade was very small in comparison with that of paramilitaries and many large landowners.

Activist James Jordan of the Alliance for Global Justice offers a first-hand depiction of the precariousness of the lives of marginalized Colombians tied to the land. He mentions “barely passable roads to villages where families are trying to raise and sell legal crops … They do so against incredible odds. We have traveled roads that have required us to stop every 15 to 20 minutes to make repairs just so we could keep going. [In places] we were laboring through paths so muddy that we were covered up to and past our knees. We have seen again and again rural villages that lack schools and teachers … health services, electricity, or any viable way to get crops to markets. In such cases, families turn to the cultivation of illicit crops because narco-traffickers are the only economic interests who will travel to these villages to make purchases”.

Symptom of a larger problem

According to one estimate, the Colombian government has yet to make good on 82 percent of the commitments taken on under the Peace Agreement with the FARC. Its turn toward forced eradication of illegal coca-growing represents one of several failings.

Impunity still marks the overall response to violence against human rights defenders and political dissidents. Since January 2016 some 200 have been killed, with 66 having been murdered so far in 2017. Vulnerability is acute in areas where the FARC once were active but now have abandoned. FARC members moving into civilian life are being targeted, along with family members.

Both lack of logistical support and marauding paramilitaries plague the zones to which demobilizing guerrillas were transferred to give up arms and prepare for civilian life. More than 1000 FARC members remain in prison, despite provisions in law, and under the peace accord, for amnesty and release.

The Eduardo Umaña Mendoza Lawyers’ Brigade summarizes: “Resources for implementation of the peace process are insufficient. There’s no budget for advancing all the plans the government has committed to. Actions taken for the substitution of alternative crops in Tumaco and in Catatumbo in Santandar have turned into blood and fire through pressure from the United States. Confrontations were created with communities that expected a real public policy for eradicating illicit crops in accordance with what was agreed to in Havana.” 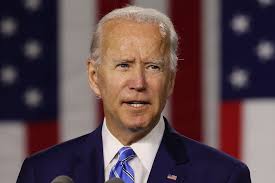 US Government Reduces Some Sanctions Imposed on Venezuela