Secretary of State-designate Rex Tillerson indicated he will advise President Trump to veto legislation ending the U. S. economic blockade against Cuba. “Our recent engagement with the government of Cuba was not accompanied by any significant concessions on human rights,” he explained.

Trump himself has expressed no desire to expand the U. S. opening to Cuba announced by President Obama on December 17, 2014. Some of his advisers have ties with anti-Cuban currents in Florida. Trump’s director of media affairs is Miami journalist Helen Aguirre, “a fierce opponent of the Cuban Revolution and Fidel Castro.” Transition – team advisors included a former director of a political action committee that funds Cuba’s congressional enemies and an ex – official for the right-wing Cuban American National Foundation.

President Obama wanted Congress to end the blockade, but his administration never took executive actions that would have made significant change. There were small steps: U.S. credit cards may be used in Cuba, U.S telecommunications equipment may be sold there, and clinical trials for a Cuban anti-cancer drug are underway in the United States.

Still enforcing the blockade, the U. S. Treasury Department recently announced that the Alliance for a Responsible Cuba Policy, a Tampa – based non – profit group, and Canada’s Toronto Dominion Bank had violated blockade rules and would pay fines of $10,000 and $955,750, respectively. In the two years since Obama’s historic announcement, the U. S. government has levied $ 2.8 billion in fines against 11 U. S. or third-country entities.

The allegation of human rights violation in Cuba serves as one pretext for keeping the blockade. And another may be on the way. So far Cuba has refused to pay reparations to U. S. citizens who lost properties to nationalization in the early 1960s. U. S. claims exceed $4.1 billion, but Cuba wants $181 billion to cover losses from the U. S. blockade. Negotiations on reparations are stuck.

Cuba may demand even more. Historian Louis Perez portrays Cuba as looking at damages from U. S. “economic sabotage and subversion” in the 1960s. A U.S. official of that era pointed out that, “As an economic weapon, [sabotage] is designed to supplement and support the overall economic denial program by damaging economically important installations and to add to Castro’s economic problems.” The CIA and U. S. military personnel targeted electric power grids, petroleum facilities, transportation infrastructure, and food sources.

Terror, sabotage campaigns and economic blockade are related: each exemplifies the use of force for foreign policy purposes. And force has long been entrenched within official strategic thinking. A Defense Department strategy plan released in 1992, and approved by the National Security Council, testifies to that.

“[T]he world order is ultimately backed by the U.S,” the authors proclaim, adding that,”Cuba and North Korea seem to be entering periods of intense crisis — primarily economic, but also political — which may lead the governments involved to take actions that would otherwise seem irrational.” Ultimately, says the New York Times reporter, “America’s political and military mission in the post-cold-war era will be to insure that no rival superpower is allowed to emerge.”

Chinese academician Jiao Shixin‘s view in 2015 concerning the U. S. policies toward China and the role of forceful pressure applies also, we think, to U.S. strategic thinking on Cuba. That’s no surprise. After all, the U.S. approach to the world, called imperialism, is for everybody.

According to Jiao Shixin, “The strategic goal or intention behind the engagement strategy [with China] has been to shape China by bringing it into an international system and international order that is dominated by the US, and then pressure China to conform to America’s vision for it. [There are] two aspects: the first is to establish American-style democracy in China—to change China from the inside; the second is to bring China into the post-WWII international system … to tame China from the outside to conform to the strategic interests of the United States.”

Socialist Cuba remains outside the U.S. “international system,” and the more so because, unvanquished, it fights a battle of ideas. Force comes into play in order to “tame China (read “Cuba”) from the outside,” and that means blockade. U.S. strategists had already determined that sabotage and terror didn’t work. They are gone, and the blockade remains, based on a time-honored view of strategic necessity. In the face of that, it seems unlikely the blockade will be ended in favor of this or that immediate gain.

Historian Perez and others have shown that U.S. purposes in Cuba haven’t changed in almost 200 years. The ultimate object there and elsewhere is to foster trade relationships and investments that permit wealth accumulation. For that to happen, the United States must dominate, and everywhere, and be ready with enforcement mechanisms. That’s the “international system” of which the blockade is a part. In the hands of a billionaire U.S. president, that policy is safe. 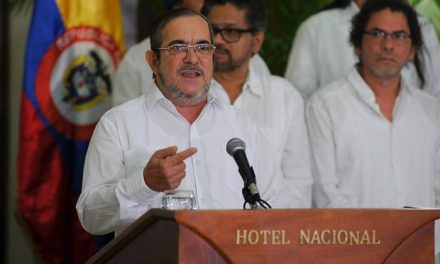