HOUSTON’s Today, while protests around the country and in Houston raged against the Treyvon Martin verdict, a group of us visited the art exhibit ÂComing Thru the Gap in the Mountain on an Elephant.

The exhibit was organized by Robert Pruitt and presented at the University Museum at the Texas Southern University. TSU is the second largest historically black college and university (HBCU) in the United States.

Pruitt earned his degree at TSU in the 1990s and has taught there. He pulled together friends and they have all received support from Project Row Houses in the past. The artists include Regina Agu, Nathaniel Donnett, Robert Hodge, Autumn Knight, Rosine Kouamen, Lovie Olivia, Phillip Pyle II, Sehba Sarwar, Michael Kahlil Taylor, Monica Villarreal and Gregory Michael Carter.

The exhibit makes a number of strong political statements. The title of the exhibition is borrowed from a line of X-Clan’s 80s rap song “Tribal Jam”. It references a military tactic by Hannibal, who attacked the Romans around 218 B.C. He drove his army and three dozen elephants from Carthage through the Alps.

In a feature article in the Houston Chronicle, Pruitt is quoted by Molly Glentzer as saying “Everybody in the show exists, in some way, on the margins. They don’t really get to participate in the scene in the way they deserve. We don’t really have access to the market, at least not locally. Even for me, the market is not as supportive as I would like it to be. I was interested in what happens if we all start working as a group, what kind of power can come out of that.”

Born out of collective work, the artists have created a striking representation of the dialectics of struggle of African Americans in the USA. Many of the works depict the importance of Unity in the struggle for progress among African Americans.

When you enter the Museum front door, you are confronted with a number of beautiful, colorful fabric bags created by Autumn Knight, Monica Villarreal and Sehba Sarwar. The bags are similar to those used in Africa by the people as they travel from place to place. The bags are what the people use to carry their possessions as they move in search of a better life. In the background you can see Dr. John Biggers’ world famous mural “The web of life.”

At one corner of the exhibit, the viewer comes face to face with a work which symbolizes the dialectics of blacks and whites in the U.S. At one end is a white mask-like material which is labeled alien material. At the other end is a very menacing figure suspended in space which is totally black. It is labeled an unidentified pod/spaceship the Yariyatripn. In the center of this area of the exhibit is a display of colorful roaches on pins which are labeled as various corporations such as WalMart and others. On the wall behind this are images of black activists and leaders. The activists and leaders have been white washed so that their faces are white and include people such as Angela Davis, Barbara Jordan and Harriet Tubman.

If you are in Houston, do yourself a favor and visit the exhibit. Better yet, bring a group of friends. 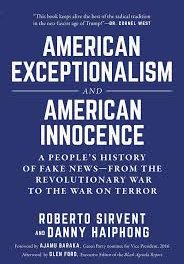 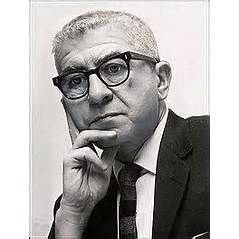