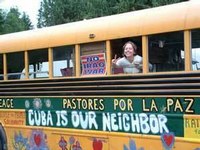 Geneva — The U.S. blockade against Cuba is immoral, violates all ethics, is cruel and causes human damages, Cuba’s Permanent Representative to the UN Human Rights Council, Anayansi Rodríguez, emphasized this Monday, September 19.
According to Prensa Latina, Rodríguez, speaking during the 33rd regular session of the Human Rights Council, recalled that the citizens of Cuba have suffered the illegal U.S. economic, commercial and financial blockade for more than 50 years, which constitutes a violation of international law.
After demanding an end to this policy, she noted that the people of Cuba would continue the struggle for their right to self-determination, without foreign intervention or interference.
Furthermore, Rodríguez called on the international community to reject the political manipulation and double standards when addressing the issue of human rights.
In this regard, she noted that “those countries of the industrialized North who erroneously attempt to establish themselves as a paradigm in the promotion and protection of human rights, are precisely those who ignore the most serious human rights violations, in particular those they themselves commit.”
The Cuban representative questioned the lack of attention paid to truly serious issues such as the current migrant crisis.
“How can one believe they are seriously concerned about human rights issues in countries of the South, when they promote wars and interventions against these and then disregard the suffering it causes to the people whose human rights they claim they want to improve?” she stressed.
Faced with such situations, Rodríguez recalled that “Cuba firmly believes that all human rights are universal, indivisible and interrelated.”
The 33rd regular session of the Human Rights Council began last Tuesday, September 13, and will run through September 30.