Monday, September 29, 2008 may well deserve to be proclaimed a people’s national holiday. For the first time in memory, the popular will of millions trumped the resolute diktat of the US ruling class. For a solid week, our fellow citizens overcame political affiliation, gender, race, and religion to flood their elected representatives with e-mails, phone calls, and letters advocating a clear, simple, class-based position: No public bailout of the rich. While US elites have been largely successful in obscuring class distinctions and conflicts through nativism, racism, religious obscurantism, and vulgar patriotism, this thunderbolt of class confrontation struck at the smug plans of the privileged and their courtesans.

Of course, this was not the understanding imparted by the chatterboxes on cable TV and in their editorials. Immigrant bashing, imperial exhortation and the customary irrelevancies were put aside to note the bizarre breakdown of the carefully crafted two-party divisions. The left and right were paradoxically coming together, they said. They completely missed the class solidarity that trumped the artificial, shallow divisions imposed on the political body. Breaking the shackles of the myth of a classless society, the people of the US expressed a long-missing, vocal outrage at the greed and arrogance of the privileged few.

This was not meant to be. An intense campaign directed at selling the idea that we were all in the same boat, a boat that would sink disastrously without granting the financial elites a huge, unprecedented subsidy to continue on a catastrophic path preceded the Monday September 29 vote by the House of Representatives. The kept, monopolized media, almost overnight, forced the word “rescue” upon the public, a public that had shown a decided preference for the harshness of the word “bailout.” The three-page Paulson plan, crafted over a weekend, surpassed anything prior in audacity. Put simply, the House and Senate were to give Treasury Secretary Paulson, formerly of Goldman Sachs, the unsupervised, unchallengeable right to dispose of seven hundred billion dollars as he saw fit. Both bourgeois parties – along with their Presidential candidates – rallied in a show of class solidarity behind the interests of the wealthy and powerful.

Yet it was to be. The outpouring of anger and rejection – largely spontaneous – overwhelmed the offices of House members throughout the United States. The rejection was so complete that supporters of the Paulson plan were largely cowed into silence. And in this instance, under pressure, the legislative support buckled, especially in light of the imminent elections in early November. Faced with an angry electorate, the usually compliant, corporate-friendly House rejected the bailout measure.

But one should never underestimate the determination of monopoly capital. Nor should one overestimate the “independence” of elected officials. A crisis has a way of stripping off the fancy apparel of bourgeois social relations and showing them in their naked, brutal ugliness. The pretty picture of a blissful classless society was now dashed and next to go was the equally deceptive image of an impartial bourgeois democracy.

The legislative leaders – doing the bidding of their corporate masters – kept the lawmakers in session to reconsider the wildly unpopular bailout. The initiative was pressed by the majority leaders – Democrats – especially liberals, Christopher Dodd and Barney Frank. Perversely, the legislatively- stalled Democratic majority found the will and energy to fight vigorously for the Bush bailout plan. With the Senate relatively immune to election pressure, they crafted a stealth approach placing the six-year-term Senators in the driver’s seat with a vote scheduled on the heels of the House rejection. Stock markets gyrated perfectly with the alternating prospects of passage or failure and stoked fear among the people. The media dutifully parroted the ruling class line that disaster would befall the country if the bailout failed. Bush’s emissary, Paulson, larded the bill with unrelated perks to cajole the Senators and give them something relatively insignificant to show their constituents, a small price for $700,000,000,000 for big capital. Most importantly, the bill was kept under wraps until the final Wednesday Senate vote, a wildly undemocratic act that reeked of disdain for the public. If Monday, September 29 was a victory for class struggle, Wednesday, October 1 was a resounding defeat for American democracy.

With the Senate vote for the bailout on Wednesday October 1 as cover, the House turnaround on Bloody Friday, October 3 was a foregone conclusion. Nonetheless, the two Presidential candidates successfully lobbied many Representatives to change their Monday vote and support the bailout. At the last minute, Governor Arnold Schwarzenegger sounded the alarm that California might need a $7 billion dollar bailout, a claim more notable for its timing than its accuracy. In one week, we saw one of the most remarkable assertions of class consciousness followed by an equally remarkable display of bi-partisan government fealty to corporate interests.

Cleansed of cosmetics, during the week of September 29-October 3 the capitalist state looked remarkably like the system described in my article on State-Monopoly Capitalism (“State-Monopoly Capitalism Today,” MLT , September, 2007) where I quoted the late Soviet economist Eugene Varga: “The essence of state monopoly capitalism is a union of the power of the monopolies with that of the bourgeois state for the achievement of two purposes: 1) that of strengthening the capitalist system … and 2) of redistributing the national income through the state to the benefit of monopoly capital.” Surely the bailout is a naked expression of this truth.

A cruder, but telling, expression of the week’s developments came from the mouth of a little-known Republican House member, Zach Wump, of east Tennessee. As reported in the New York Times, he said: ” Monday I cast a blue-collar vote for the American people… Today I am going to cast a red, white, and blue-collar vote with my hand over my heart for this country, because things are really bad and we don’t have any choice.” Wump’s sell- out of “blue-collar” US citizens was thus smothered with the cheapest kind of faux-patriotism.

No doubt Champagne corks were popping on Wall Street after Friday, October 3. Apart from the disposal of enormous valueless “assets” for hard cash, investment bankers expect to serve as the intermediary that disburses the $700 billion; their customary fee is 1% or $7 billion. They will decide how to value securities that can find no value in the heralded marketplace. Would they dare to sell them to us at face-value? Who knows, but there is something ethically challenging about Wall Street brokers deciding the “fair” value of securities that other Wall Street brokers have constructed from their imaginations.

There is talk of “reverse auctions” – a clever contrivance – that would establish the owners of junk securities as contestants bidding lower and lower offers for hard taxpayer dollars. Never mind that the taxpayer has no more use for the junk than the investment bankers who created them. Strange auction, indeed – reverse auction, reverse logic.

The bottom line is this: The market – hailed as infallible and unique in establishing exchange value – has determined that hundreds and hundreds of billions of dollars of Wall Street securities are valueless. Orthodoxy dictates that products that cannot attract buyers are worthless. Therefore, for the vast majority of economists – non-Marxist economists – the societal purchase of this vast mass of junk is irrational. Nonetheless, this same vast majority has remained silent, mildly critical or, most often, enthusiastic for the bailout.

Given the bailout’s insult to orthodox economic theory, how do the media pundits, economic gurus, and legislators justify the Wall Street bailout?

In fact, the bailout is little more than extortion. The Wall Street magnates and their government minions are holding the fear of collapse over the heads of the populace. Little evidence is adduced that the bailout will produce a recovery or will not even worsen the crisis. Given the enormous amount of public funds dedicated to relief for the corporate financial community, the bailout necessitates a deferred tax on every citizen – an unspoken stealth tax.

A BETTER OPTION
Instead of this dogmatic and misplaced faith in market solutions, there are alternatives. Clearly, there is no shortage of government-supplied credit available, limited only by the false addiction to balanced budgets – a critical failing of the Hoover administration and the early New Deal in the last great financial collapse. Already hundreds of billions of dollars worth of government assets have been pumped into the world banking system with the hope of restoring the flow of credit to the slumping productive economies world wide, but to no avail. Moreover, the end users of credit in the non-financial, productive economy are starved for the capital necessary for a rebound. The problem clearly is the corrupt, bankrupt and broken private banking system standing between government finances and the productive sector of the economy. Rather than appeasing these irresponsible private bankers, we should look to bypass them with a publicly run, publicly owned, profit-free national commercial bank.

We have the option of establishing an entirely new, publicly owned institution, independent and immune from the diseased, contagious financial sector, using the funds now allocated for a corporate bailout. The 1.5 to 2 trillion dollars already solicited for bailouts could serve as an enormous source of credit for the people’s real needs. Whatever we call it, this people’s “bank” could re-finance all the shaky mortgages and future mortgages at a minimal rate above – hypothetically – the Fed’s discount rate. These mortgages could be offered with terms and conditions set democratically on the basis of need. The idea of profit would be removed from the equation. Investor returns would be absent. Borrowing rates for businesses and other corporate entities could also be arranged by popular consent, but with a risk premium based upon proven social responsibility.

A “people’s bank” funded by the $2 trillion thrown at this mess would reverse the operations of the Federal Reserve. Unlike the Fed, the bank would offer the best interest rates to those with the least assets: the people. Loan terms for those putting the productive economy and the fate of millions at risk would accordingly pay an expanded premium or face even loan denial. Currently, we are told by the TV gasbags that the infallible market determines the “proper” credit rates and no one should disturb its operation with social engineering. Of course, that dogma is now discredited.

Some will call this socialism. I wish it were so. Without question, finance capital will regroup in much the way that Lenin described its consolidation in Imperialism: The Highest Stage of Capitalism. Nonetheless, a democratically controlled, people’s lending institution would be a step forward and away from the financial quicksand. It is a step that would rescue many of the victims of capitalist financial folly. It is a step that, for the time being, would tame the voracious appetites of finance capital. 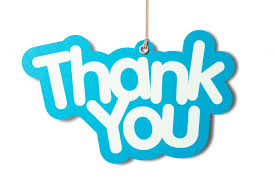 A Thank You to Our Friends

The Incredible Discipline of the Western Corporate Media