A Better World in Birth: Principles of Scientific Socialism / A Handbook for Revolutionary Change

In this concise, readable book author Rick Nagin, a veteran Ohio Communist leader, gets straight to the point. In the preface he writes:

The book addresses the main ideological challenge to the socialist movement that emerged from the time the Communist Manifesto was first published in 1848. That is what is known in socialist theory as “right opportunism,” or reformism — the idea that the problems of working people can be essentially resolved within the capitalist system. This view rejects the revolutionary essence of Marxism. It surrenders to the claim that capitalism is eternal and insurmountable and the best working people can do is to accommodate to it. This outlook became prevalent in the minds of the leaders of the Soviet Union in the late 1980’s and facilitated the tragic overthrow of socialism in that country. It remains the main ideological obstacle to achieving socialism today.

Similar attempts to dissolve the party or turn it into a liberal reformist group were rebuffed in the late 1950’s and later beginning in 2010. The struggle within the Party against reformism continues to the present day.

A strength of the book is its acknowledgment of the ideological damage inflicted on the Communist Party USA  by the political illness of right opportunism. The illness is correctly identified and named by an experienced CPUSA leader. This, to my knowledge, is new.

For those new to Marxism, they may find in A Better World the excitement of the first-time discovery of an immensely powerful theory. The book is an ambitious introduction to the Marxist world outlook. It is also an overview of historical materialism and the Marxist scientific understanding of the development of human society — from primitive tribal groups to modern socialism and beyond. It contains a short history of the CPUSA. It’s a bird’s eye view of the Marxist theory of socialist revolution. It is an assessment of 20th century socialism. The book covers a lot of ground in readable, plain English. Nagin’s popular style should be accessible to everyone.

It is written as “a guide for the many millions of Americans who have serious doubts about the capitalist system because of the growing threats it poses to economic security, democratic rights, social justice, peace and the global environment and as a result have become interested in socialism as a solution.”

We are likely to hear the muddled use of the word “socialism” for many months. In the 2020 primaries the more conservative corporate media red-baited Senator Bernie Sanders for espousing a mild form of social democracy. Four years earlier, the Sanders campaign made a contribution to US political life by re-legitimizing the word socialism, but confusion about the meaning of the word persists. Neither the corporate media nor social democrats will do much to clear matters up. A Better World does a lot to clear away the confusion.

A Better World zeroes in on the essentials. Much, inevitably, had to be left out.

“The Economic Base,” the first part, has a focus on the stages of human society, on exploitation and on imperialism. Exploitation is not badly paid work in oppressive conditions, as ordinary journalism would have us believe. Exploitation is the extraction of unpaid labor from workers at the point of production. It is a process at the heart of all societies divided into antagonistic classes, including ours.

“The Superstructure of Capitalism,” the next and longest section, deals with male supremacy, racism, right-wing extremism, fascism, democracy, classes and class struggle. The section on racism restates in a concise and fresh way the classic CPUSA position on the centrality of the struggle for Black liberation. On right-wing extremism, the book pulls no punches in condemning Trumpism and Trump (“corrupt, demagogic, racist, and debauched”) It has the additional merit of not ignoring the close ties of Hillary Clinton, Trump’s 2016 rival, to the Pentagon and Wall Street.

“In The Revolutionary Process” Nagin devotes special attention to one of Lenin’s fundamental theoretical achievement, his analysis of opportunism. Why did opportunist rot cause the Second International to collapse? Why did so many of the working-class parties march off to war in August 1914, a war that would leave ten million dead, despite dozens of solemn anti-war resolutions in the decades before? Only Lenin’s party had a developed theory of opportunism and had steeled itself against it.

In an “Outline of Revolutionary Theory” in the discussion of the role of the Communist Party, the author re-affirms that the Party must struggle for and win leadership of democratic and revolutionary movements.

Many readers, especially those recently attracted to Marxist ideas, will want to know, if socialism is so good, why did it not last in Eastern Europe and the USSR? There is a historical materialist explanation of the disasters of 1989-91, and in “The General Crisis of Capitalism: The Final Conflict” Nagin summarizes the tumultuous history of socialism in the 20th century.

In “Further Reading” the author cites what are obviously personal favorites. He chose well; these are serious Marxist books. Writings by Gus Hall and Henry Winston — on racism, on class struggle, on imperialism, on struggles for equality — remain unsurpassed. The works of Kenneth Neill Cameron are woefully under-appreciated on the US Left. There is no better general, popular work on US labor history than Labor’s Untold Story. The book Molotov Remembers is not so well known, but it affords remarkable insights into Soviet history that readers will be able to get nowhere else. Molotov was an insider in the Soviet leadership for some fifty years.

A Better World does not extend its insights on right opportunism to electoral policy. The question is the class nature of the two-party system, above all, the Democratic Party, one of the two parties of US monopoly capital. This important omission seems to be the most stubborn ideological legacy of the era when the party’s long-held historical position — US monopoly capital as a whole is the main class enemy — was revised away. For example, in the revised party program The Road to Socialism USA (2005), the new main enemy became merely a section of that class, “the ultra-right” or “extreme right,” in effect, the section of the ruling class represented by the Republican Party. The political corollary of this new doctrine was “unity against the ultra-right,” implying a benign attitude to the Lesser Evil, the Democrats. In practice, it meant putting on hold the struggle for working-class political independence.

Nevertheless, despite this serious shortcoming, A Better World remains in other ways a big contribution to political clarity and perhaps rectification. One hopes it will gain wide readership in the CPUSA and beyond. A Better World argues for a Communist movement that re-connects with its best traditions of struggle and with the thinking of its greatest leaders. 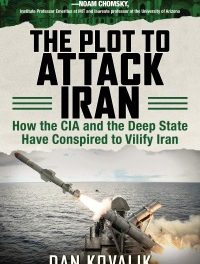 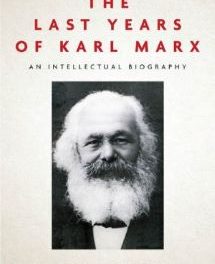