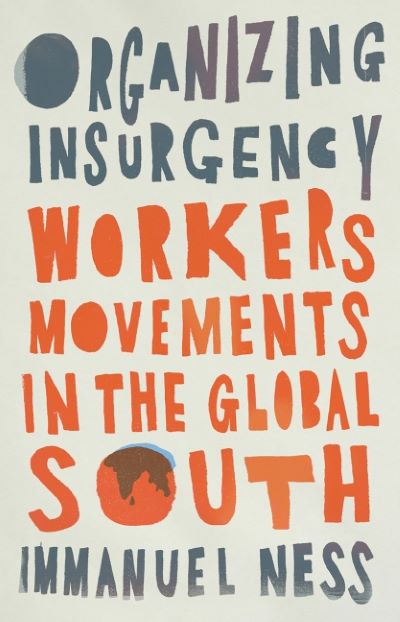 In Organizing Insurgency, the latest of his many books, Immanuel Ness, leading expert on international labor, has published a sequel to his earlier work, Southern Insurgency: The Coming of the Global Working Class, shifting from his analysis of inequality in Third World class relations to a discussion of strategy, the means required for workers to overcome their plight. The scholarship of this work is excellent and very complicated as Ness painstakingly deconstructs step by step, point by point, the arguments for various strategies workers might employ in their struggles. Significantly his analysis does not depend only on his mastery of the considerable amount of research on the subject, but also, as is less common, on his personal observation of situations and organizations in India, the Philippines and South Africa, communication with their spokespersons and activists as well as interviews with their workers.

This in-person experience renders this more than just a brilliant inquiry but also under the surface an emotionally gripping expression of Ness’s sensitive and sometimes painful experience of the suffering of these super-exploited human beings and solidarity with their fight. Thus, underlying the intellectual rigor of these studies is a conviction that so much is at stake because they propose not just an analysis, either academic or even Marxist, but are a passionate appeal to labor activists and pundits for implementation.

Let me be clear – I am not attending to the great, multi-leveled complexity of this investigation of several kinds of organizations and methods, but am just following one, crucial, but not always dominant theme – the relation of the labor movement to left political parties. On this subject his understandings are informed by conversations with insightful leftist, even Marxist, leaders and intellectuals, such as Abhinav Sinha, editor of Bigul Mazdoor Dasta, a workers journal associated with Indian labor unions; Elmer Labog and Paul John Dizon, leaders of the KMU (Kilusang Mayo Uno), May First anti-imperialist labor union allied with a coalition of radical organizations in the Philippines and Irvin Jim, Marxist Leninist General Secretary of NUMSA, the National Union of Metalworkers of South Africa.

Southern Insurgency, the earlier work, presented a refutation of the widespread assumption by both the right and the left that, as a consequence of deindustrialization and relocation of production to low wage havens in the Third World, the industrial working class either no longer exists or is in such decline that it can no longer play the vanguard role for social transformation it had once been assigned. To the contrary Ness argues that the working class has not disappeared but has been reconstituted in the Global South where its struggles are rampant but are rendered isolated and ineffective by bureaucratic trade unions and political parties. He faults left scholarship for ignoring the growing rural proletariat comprised of workers relocated from rural to urban areas or cycling between rural and urban sites or living in agrarian zones in metropolises without clean water, sanitation, electricity, transportation, health care and other urban amenities.

In studies of India, the Philippines and South Africa; Organizing Insurgency shifts from analysis of the conditions of labor to a discussion of strategies for workers to transform them. Ness acknowledges the myriad contemporary workers’ protests in rallies, marches, boycotts, strikes and other forms of work action, but instead of joining the left’s celebration of this activism, he takes up the question of why so much militancy and direct action against the heightened exploitation of neoliberalism has not produced improved wages and working conditions.

While he shares the critique by left scholars of existing trade unions as deficient in democratic participation, corrupted by labor-management cooperation and impotent in the face of the ability of mobile capital to divide workers globally, he repudiates their proposed solutions. Seeing contemporary unions as serving only the interests of capital and labor leaders, much of the left endorses the abandonment of unions altogether in favor of workers’ self-activity in such new forms of rank and file organization as autonomous independent unions, workers assemblies external to unions, and workers’ centers supported by philanthropic NGOs, which seek legislative solutions to raise the minimum wage or improve working conditions, but not the mobilizing of workers in class struggle.

Ness dismisses all that rejectionism, contending that workers have always engaged in such combativeness, but, while such groups may give a voice to the working class, and enable their eruptions, they cannot sustain their gains or unify workers’ organizations in a force powerful enough to stem the impositions of neoliberalism. He also rejects strategies such as the militant syndicalism of the IWW, which repudiates all political organization in favor of the direct action of revolutionary unions as well as council communism, which had advocated the creation of proletarian revolution by directly appropriating the means of production through workers’ control of the shop floor.

In sum Ness diverges from these ubiquitous left strategies by attributing the failures of labor not to the constraints of top down organization but its opposite, the absence of strong, radical social and political working class organizations. He claims that, despite the current explosion of workers’ rebellions on a world scale, without class wide organizations these pervasive actions cannot achieve the cohesion necessary to exert real class power in a mass movement of both rural and urban workers capable of challenging capital and the state.

For a preferable strategy he looks to labor groups like the Soviets, led by the socialist Bolshevik party in the Russian Revolution. Today that strategy would involve the effective collaboration of labor movements with Marxist based parties found in India, the Philippines and South Africa. Such a labor movement must include the growing number of precarious informal workers (temporary, insecure, underemployed) and must link the rural countryside to urban factories, plants and squatter settlements. It also must give leadership to fights to fulfill workers’ immediate needs while displaying a commitment to achieving the ultimate end to workers’ alienation through establishing a socialist society.

An example of this strategy is found in the Wazirpur section of New Delhi where Ness was fortunate to draw on the analysis of Abhinav Sinha, editor and activist from Bigul Mazdoor Dasta (BMD), an independent Marxist organization tied to a network of militant unions in eight Indian states. In addition, he conducted interviews with workers that exposed the dangers of wretched labor in the stainless steel utensil industry, and the impoverished living conditions in the squalid housing in a neighboring slum. He also learned about how workers joined a union, Garam Rolla Mazdoor Exta Samiti (GRMES) affiliated with BMD and waged strikes to increase the minimum wage and to enforce it. Unlike those who would rely only on autonomous labor action with no greater organization, BMD not only carries on mass mobilizations to meet workers’ immediate demands but also provides Marxist political education and endeavors to advance the long term goal of building workers’ power as socialism.

For his second case study, which is on the Philippines, Ness was able to draw on his conversations with Elmer Labog and Paul John Dizon, leaders of the anti-imperialist (KMU, May First Movement). Here he could apply his theories about the rural working class, describing the class oppression of rural workers in the production of fruit, in particular bananas, and could discuss a strategy for overcoming it.

The Philippines economy, shown in the southern island of Mindanao, is based on export of unprocessed agricultural products and minerals such as the world’s largest nickel reserves. Production serves the elite, comprador Philippine oligarchs for the benefit of multinational corporations. Poverty and underdevelopment have been characteristic as foreign capitalism has been able to create mines and plantations which destroy the natural habitat which had provided subsistence for the people. It has done so through deceptive land reform, distributing to peasants plots too small to support them, especially without agricultural technology or market access. Consequently, forced into worker cooperatives or working for sub-contractors, they are reduced to a rural proletariat.

Cooperatives, which are celebrated as a means for worker self-management, collective ownership and socio-economic redistribution, in fact, prohibit collective bargaining and exploit labor for the multinational agribusiness, which, not being direct owners or employers, are thereby able to ignore labor laws, safe working conditions and pensions. Ness learned about these class relations from leftist organizers and about the resistance that has taken the form of the Maoist National Democratic Front, committed to democracy and redistribution of land and resources with a long-term goal of socialism. Allied with it is the KMU, which opposes imperialism and supports class struggle, waging a 10-month strike, and broad popular fights to ameliorate the conditions of the working class and the poor while the New People’s Army seeks a redirection of all land and resources, culminating in a new socialist society. Strategically workers rise up repeatedly to oppose corporate abuses, but, Ness argues, without a strong organization like the KMU, lack the ability to begin to transform conditions in Mindanao.

The strategy that best fulfills the criteria that Ness endorses for transforming the society and economy of nations in the South is probably the one that Irvin Jim, General Secretary of NUMSA, the openly Marxist-Leninist metal workers union, is trying to implement. Jim revealed to Ness their efforts to accomplish the never enacted economic proposals of the post-apartheid Freedom Charter, which was supposed to replace the economic inequalities of apartheid. Instead, ANC policy has left most of the people of South Africa more impoverished than ever. Only seven percent of the land has been returned from private white ownership; there is no minimum wage or equal pay for equal work; minerals; banks and monopoly industry have not been transferred to the ownership of the people as the Economic Charter pledged.

Having been expelled from COSATU, the Congress of South African Trade Unions, the main South African labor federation, for opposing the ANC, Jim is trying to create an alternative to the Tripartite Alliance of COSATU, the ANC and the South African Communist Party which has ruled since it overthrew apartheid. He is creating an alternative labor federation, SAFTU, the South African Federation of Trade Unions with other unions purged from COSATU, a United Front, linking unions to community groups and others like students opposed to the present regime and a Marxist-Leninist party, the Socialist Revolutionary Workers Party, SRWP, to both lead the immediate struggles and to build for socialism. While this movement is very new and its following is still quite small, it may ultimately be where the promise for the future lies.

-Jackie DiSalvo is a retired professor of English, Baruch College and Graduate Center, CUNY (City University of New York) and International Committee and Delegate, PSC-CUNY (Professional Staff Congress) and the AFT (American Federation of Teachers). Also a founding member of Occupy Wall Street and author of “Occupy Wall Street: Creating a Strategy for a Spontaneous Movement”, Science and Society, April, 2015. 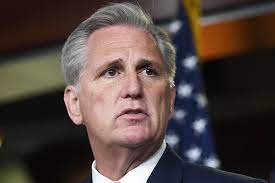 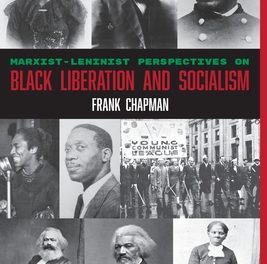 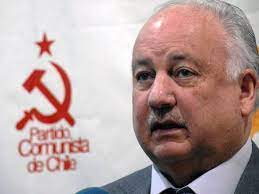 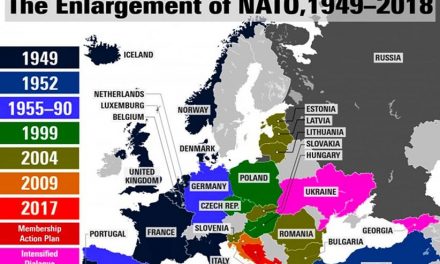 The Escalating Crisis in Ukraine