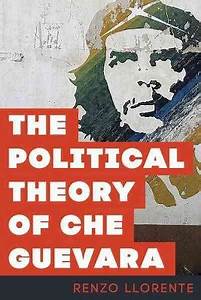 Ideology was never Ernesto Che Guevara’s calling card. In the eyes of the world the Cuban revolutionary and anti-imperialist warrior, after his death in 1967, became the far-traveling hero, icon for nonconformists, and face on signs at demonstrations. His legacy is much more, however, and ideas are part of it. Memorializing him, Fidel Castro declared that, “Che possessed the double characteristic of the man of ideas – of profound ideas – and the man of action.”

Insight into Guevara’s thinking may shed light on the Revolution he symbolized. In fact, ideology associated with Cuba’s Revolution in its early years wasn’t very precise. It took more than two years for the socialist nature of the new government to become known. Four more years elapsed before Cuba’s present Communist Party took shape, and then only after having absorbed two non-Marxist political groupings.

Renzo Llorente has mined Guevara’s speeches, reports, lectures, interviews, letters, essays, and extensive notes for information bearing on Guevara’s ideology. In a new book he establishes Guevara’s attachment to Marxist-Leninism. Guevara was faithful to Marxist notions of stages of revolutionary development: establishment of a government aspiring to socialism, a transition to full-fledged socialism, and then a fully-fledged communist society.  Change is in the hands of workers, and socialism means no more human exploitation by humans. But Guevara had his own ideas, which are the book’s substance.

The author reports that source material for his book, The Political Theory of Che Guevara, appears mostly in Spanish. That, he explains, may account for Guevara’s ideas not being well understood in English-speaking regions.

In Llorente’s hands, Guevara’s “most distinctive contributions to radical social theory” are, one, his idea of the “new man” (rendered as “new person” or “new human being”) and, two, his vision of transformed work. He points to Guevara’s focus on preparing workers for their central role in advancing socialist construction during the transition period. Work would become a human need and the center of human activity. Both Guevara and Marx believed work must become “inherently attractive.” Divisions between intellectual and manual work, between rural and urban life, would end.

On the job, workers would broaden their consciousness and embrace moral incentives. They would absorb values of personal sacrifice and social duty. Social duty and “radical egalitarianism” loomed large in Guevara’s worldview. With time and in theory, alienation of individuals and intellectual trappings of bourgeois life would disappear. Llorente suggests that, “emphasis on moral transformation is … what is perhaps most distinctive of Guevara’s Marxism as a whole.”  But it “represents an important departure from the mainstream of the Marxist tradition.”

New consciousness would promote increased production.  Guevara viewed moral incentives as more effective in this regard than material interest, but realized too that the latter would hang on as a capitalist left-over. Guevara led others in voluntary labor, which he advocated as good for consciousness-raising. But it proved to be unsustainable and not very useful, says Llorente.

One comment: Guevara expected that with daily life, work in particular, having been shaped by the Revolution, ideals and values would evolve. Maturing, they would take on attributes of material reality and, as such, provoke new ways of thinking. Here students of Marxism may take alarm: ideals, the essence of subjective thinking, aren’t supposed to generate objective realities. Frederick Engels, however, explains: “the whole world, natural, historical, intellectual, is represented as a process – i.e., as in constant motion, change, transformation, development.” He was describing dialectics, and Guevara was a star pupil.

Critics have attacked Guevara’s “voluntarism,” a term establishing human will as a motor driving historical change.  The notion was central to Guevara’s idea of an abbreviated stage of transition to socialism. Llorente, however, notes that the force of human will and revolutionary consciousness are different things and that Guevara was influenced by high expectations for socialism in his era.  Besides, Guevara didn’t entirely exclude material incentives as a means for moving a socialist society toward abundance.

For the internationalist Guevara, egalitarianism, social obligation and proletarian internationalism transcended national borders. An eye-witness to Latin America’s misery and oppression, Guevara viewed the region as ripe for anti-imperialist struggle. Its peoples shared language and culture. They suffered under U.S. plundering. Guevara’s formulation of imperialism followed that of Lenin, although, as the author notes, economist Paul Baran’s “dependency theory” had its appeal. Baran held that underdevelopment of oppressed countries was enforced through removal of their wealth for the benefit of entitled classes in wealthy countries. Workers there – “labor aristocracies,” shared in the largesse, thus inspiring Guevara, in Llorente’s words, to denounce the “opportunism of the workers [who] become junior partners in the exploitation of dependent countries.”

Guevara’s venue of preference for anti-imperialist struggle was the countryside. Armed struggle, particularly guerrilla warfare, was the means. Guerrilla movements have cropped up in Latin America since Guevara’s time but they never gained state power as they did in Cuba. They’ve mostly disappeared, although Colombia’s FARC insurgency was active for over 50 years before recently signing a peace agreement. Colombia’s small National Liberation Army, formed in 1964 and influenced by Guevara’s example, persists.

Guevara justified armed struggle on grounds that the national bourgeoisie, anywhere, invariably responded to revolutionary politics with violence. But, as noted by Llorente, he admitted armed struggle wouldn’t work where oppression co-existed with electoral processes and constitutional rule, flawed though they may be. Guevara criticized socialist nations for failing to provide cost-free arms to insurgencies and for trading with oppressor nations.

As president of Cuba’s National Bank and later as minister of industries, Guevara put Marxist economic ideas into practice. Described by Llorente as “extraordinarily well informed,” he tried to engineer efficiency of production for the sake of shortening the transition to socialism. Quality production was a socialist goal. As a minister engaging in “collective discussion and consultation,” Guevara critiqued material incentives and use of the capitalists’ law of value to determine prices. His “budgetary finance system” was a single entity that manufactured products of all sorts – “one big factory.” It featured centralized administration; improved accounting; and no funds being exchanged among various sections, this to promote moral incentives. Guevara regarded the Soviet Union’s reliance on material incentives as a harbinger of capitalism.

For Guevara, dictatorship of the proletariat didn’t end with eradication of the old regime’s state institutions and military. He sent administrators away for “rehabilitation” for infractions of “revolutionary morality,” remarking once that “incentives and pressures of a certain intensity” are needed to bring recalcitrant workers to class consciousness – a controversial phrase, says Llorente.

“Guevara’s thought is a valuable resource for the theorization of … ‘twenty-first century socialism,” says the author.  He notes that Guevara’s “positions and commitments … seem eminently sensible today,” including “anti-capitalism and revolution.” After all, social problems of the two eras are similar. Guevara has messages for our time: don’t “build socialism with capitalist motivations” and, be “bolder, more ambitious, and more imaginative in thinking about alternatives to capitalism.”

The comparison may allude to socialism as practiced in the Soviet Union. Guevara, commenting upon Soviet educational material on Marxism, did mention “the disadvantage of not letting you think: the Party has already done it for you and you have to digest it.”   Nor was Guevara happy with Soviet Union bureaucracy and privileges enjoyed at the leadership and management levels.

Llorente refrains from fully exploring Guevara’s views on the Soviet Union. And other items are left for another day: the origins of Guevara’s thinking, aspects of his life history, associates’ recollections, wider historical considerations, and full discussion of controversies. Limiting his focus to exactly what the book’s title specifies, the author offers a foundation for future inquiry.

He packages his material effectively. A vast amount of information fills a small space. His writing is clear, flowing, and readable. The considerable amount of material he presents may require concentration on the reader’s part. The book has great potential as a reference point for understanding a crucial bit of history.  Llorente’s evident familiarity with Marxist theory and Cuban history is the reader’s gain.

Guevara would end exploitation, oppression, and alienation and thereby allow for individual and collective fulfillment, which is the essence of human dignity. Indeed, Llorente identifies Guevara’s thinking with socialist humanism, a line of thinking founded on Marx’s early writings. Projecting values and ethics, it’s relevant now.

Children by the thousands, for example, are moving from Central America to the U.S. border. They’ve experienced unimaginable grief in their countries and on their way north and may be separated from families. They are being abused. The media and U.S. public officials vilify them. Terribly adverse conditions, aggravated by U.S. meddling, push them on. The situation is ripe for activists to engage, socialists prominently among them. They would be motivated by ideals of justice, fairness, and decency.

On other words, they need widened horizons. That was something Che Guevara specialized in.

Renzo Lorente teaches philosophy at Saint Louis University in Madrid. He previously translated and edited “The Marxism of Manuel Sacristán: From Communism to the New Social Movements.” He grew up in Brunswick, Maine 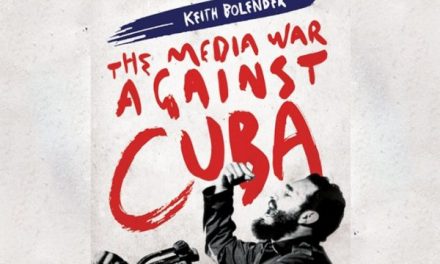 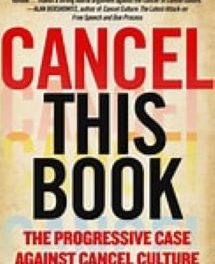 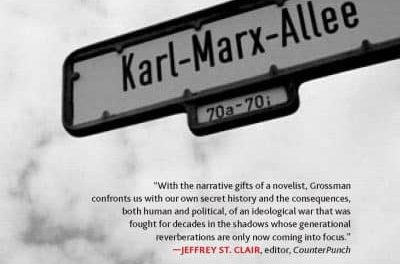