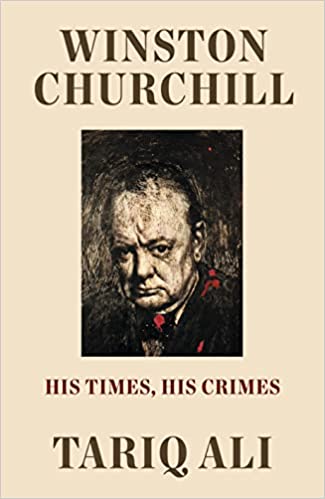 Tariq Ali, the author, states that his reason for writing this devastating portrait of Winston Churchill is to correct the record on the cult that has arisen recently around Churchill in the UK and beyond since the Falklands War in the 1980s. What emerges is a monumental volume which gives a more accurate portrait of Churchill and his times and a coruscating account of the crimes that Churchill committed in several parts of the globe from Ireland to the Sudan, India, Kenya, South Africa and the Middle East to name a few. When he says that the book is not only about the crimes of Churchill but his times, he does not exaggerate as it presents a very rich overview of the history of the world from the time of Churchill’s birth (1874) to the present. Churchill was not merely a witness to the rise and fall of the British Empire but a central player if not the protagonist in many imperial adventures, many of them a total failure.

Perhaps the greatest value of the book is that it exposes the brutality and savage nature of all imperial adventures but particularly of British imperialism. With slavery abolished, Ali explains, imperialists went in search of substitutes in the nineteenth century. Africa and many parts of Asia not already colonized by the Portuguese and the Dutch beckoned. Africa was seen as a continent that could be taken in the nineteenth century, hence the Imperialist Summit in Berlin in 1884-85 whose agenda was how to best divide up Africa among imperial powers. The brutality and savagery unleashed on the continent is detailed by Ali’s book. In particular, he instances King Leopold’s adventures in the Congo where it is estimated that between 8 and 10 million people were killed, that is roughly half of the then existing population of the Congo.

Churchill’s first imperial venture was in the Sudan in 1898, at the age of 24. He wangled himself into being a participant, over the objections of Sir Herbert Kitchener, the leader of the imperialist campaign.  He witnessed the Battle of Omdurman in which the Briton Kitchener defeated the Emir Mahmud Ahmed of Sudan. Churchill gloated in the vicious treatment of the Sudanese and their defeat when he stated: ‘it was the last link in the long chain of those spectacular conflicts whose vivid and majestic splendor has done so much to invest war with glamour’. But even before the Sudan adventure, Churchill managed in 1895 to get leave from his regiment to journey to Cuba as a military observer and witness as the Spanish fought against the Cuban rebels led by Jose Marti. Churchill stood with the Spanish and saw that Cuba was for the Spanish what Ireland was for the British and therefore worth fighting for.

Ali in his depicting of the times in which Churchill lived and played a considerable role, gives quite an extensive account of the events of  the First World War. He underlines the central role that imperialism and imperialist rivalry played in that conflict. Coming into the war, Germany had surpassed England and indeed France as an industrial capitalist power thirsting for markets and territory. Lenin had pointed out that in 1912 the production of pig iron in Germany at  17.6 million tons had exceeded that of Great Britain which stood at 9 million. Conflict was in the air although an inter-imperialist agreement was possible and Germany made several attempts. In Britain, the propaganda was that Britain entered the war for the defense of small nations, particularly “plucky little Belgium”, that despite the fact that Belgium under King Leopold II had committed some of the worst atrocities ever committed in the Congo which was well known. Churchill played an essential role in the war as Secretary of the Navy.  Ali describes him as one of Prime Minister Asquith’s three bloodhounds with Grey as Foreign Secretary and Viscount Haldane in the War Office. The decision to enter the war was made by this trio in conjunction with the King. The House of Commons was never consulted, it was a fait accompli. One of the most disastrous adventures of Great Britain was the decision to attack the Ottomans at the Dardanelles with the hope of then going on to conquer Constantinople and thus drive them out of the war. This was the brainchild of Churchill as Secretary of the Navy, in Ali’s telling. The Turks fought like hell and gave a tremendous licking to the British, the Australians and New Zealanders in the Battle of Gallipoli, forever remembered in infamy in song and verse as one of the worst imperial debacles in history.

During the First World War there was much unrest in Ireland due to Britain’s refusal to grant Home Rule to the colony and its solicitation of manpower to join the Empire “in the defense of small nations” e.g. Belgium. Nationalists and socialists in Ireland, however, had other ideas and so mounted a rebellion in 1916, the famous Easter Rising which became a model for many other British colonies especially India. Following the rebellion and its brutal putdown by shooting the leaders including James Connolly, the famous socialist, in his wheelchair, a war of independence ensued resulting in a partition of the island granting independence to 26 of its counties. Churchill played a considerable role in the entire saga and its outcome which resulted in a civil war and another 80 years of unresolved conflicts and mayhem. During the war of independence in Ireland, Churchill was Secretary of State and he dispatched the brutal “Black and Tan” brigade to Ireland. In a word, the long shadow of division, conflict and war cast on Ireland for the better part of the 20th century had much to do with Churchill’s role and legacy.

The Versailles Agreement revealed the true story of why the First World War occurred when it denuded Germany and the Ottoman Empires of their colonies and dependencies. Britain and France divided the spoils between them and set the stage and the seeds for the Second World War and a century of pain for the Arab peoples of the Middle East. Ali details much of this bedlam.  In the immediate aftermath of World War 1, the attention of Churchill and the Western capitalist imperialist countries in general moved to defeating the Bolsheviks in Russia. According to Ali’s account of the history of Western intervention against the Bolsheviks it was in the main the brainchild of Churchill. Among other things he advocated the use of poison gas in this ill-conceived intervention. Then in 1927, five years after Mussolini took power, Churchill went to meet him expressing the conviction that only Mussolini and fascists could defeat Bolshevism which he saw as the main chance of its defeat. He saw Mussolini as the “Roman genius.”

Ali does not cover the Second World War in great detail and its conundrums in this book, perhaps because of space.  However, he points out some salient features such as Churchill himself who became Prime Minister of Great Britain in 1939 being sympathetic towards fascism as we have seen in his relationship to Mussolini. In 1938 before the House of Commons he had declared ‘I hoped we would find a Hitler to lead us back to our rightful position among the nations’. Both Hitler and Mussolini had as their strategic aim in Europe the defeat of Bolshevism and ‘Jewish Bolsheviks’ in particular. In that both Churchill and much of the ruling class in the US and Britain were in agreement. It was only when Hitler turned his attention to expansion in Europe and taking over of France and its colonies that they became alarmed and changed their tune. In Ali’s analysis of the conflict he maintains that Hitler could have taken Britain and this cost him the war.  Ali contends that “Few historians doubt that had the German advance not been unilaterally halted, a German occupation of the United Kingdom, Churchill or no Churchill would have become a reality”. In the following pages, Ali develops the reasons why it was unilaterally halted. It was Hitler overriding his generals.  Hitler thought he could make a deal with the British and the British Empire.

The sequel to Second World War was its continuation via the Cold War and the continuation of the struggle against Bolshevism and the Soviet Union. Churchill was kicked out as Prime Minister and betook himself to the US with his campaign against socialism and fascism as exemplified in his famous or infamous speech in Fulton Missouri on March 5, 1946, the Iron Curtain speech. Hidden behind this demagoguery of Churchill and all the disciples he converted was his deep hatred of the working class at home and abroad and its struggles for unions and justice. Churchill in turn was hated by the working class in Britain especially for his treatment of the miners in South Wales in the Tonypandy Valley to which Churchill dispatched the military to break a miners strike in 1910. This is the secret of the Cold War hidden behind all the slogans and demonization of “Bolshevism.”

The blight that Churchill’s crimes visited upon humanity stretches far beyond his death in 1965. Ali gives an overview of this in his account of the Iraq War, the Afghanistan War, the hostility towards Iran and  Zionism’s impact on the Middle East. In summary, this book is a magnificent contribution to giving its readers a demystified view of the 20th century, the times of the crimes of Churchill and others. 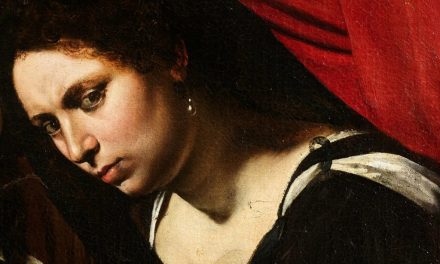 The Revolutionary Realism of Caravaggio