CP Australia Statement: "Bringing war to our doorstep: the US "pivots" to Asia, Pacific and Indian Ocean"

"The United States is a Pacific power, and we are here to stay," said US President Obama during his visit to Australia late last year as he announced the stationing of 2,500 US Marines in Darwin, more visits by US ships and aircraft to Australia, greater US access to Australian military bases, more joint military exercises, and storage of more US military equipment in Australia.

Then on January 5 at the Pentagon, President Obama formally announced a new US policy which will bring war to Australia’s doorstep.

Sustaining US Global Leadership: Priorities for the 21st Century Defence outlines a "historic shift" in which the US will maintain its military presence in the Middle East and Europe but will now give priority to Asia, the Pacific and the Indian Ocean.

Over 160 years ago, Karl Marx predicted that the Pacific Ocean Â "the great waterway of commerce" Â would serve as "the centre of gravity of world commerce’, playing the same role as the Atlantic did in his century and the Mediterranean in Roman times. Marx’s comments captured the essence of the significant shift in global political economy that we are witnessing today, with increased trade and investment across the Pacific basin.

The Bush administration recognised the growing economic, political and strategic significance of the Asia-Pacific region over two decades ago. However, following the 9/11 attacks it gave priority to its "war on terror" to control the resources and political direction of the Middle East.

Now the Obama administration has ramped up the US interest in the Pacific basin and Asia, but also added the Indian Ocean.

The central US goal is control of the planet, power to install governments subservient to its demands, power to privatise and deregulate the economies of every nation in the world, the power to inflict on peoples everywhere "free market" corporate capitalism. US supremacy will be ensured by preventing the emergence of any other potentially competing power or government independent of its control.

The new US military policy is clearly designed less to cut US military spending than to reorder Pentagon priorities to ensure full spectrum dominance (dominating any nation, anywhere, at any time, at any level of force) for the first decades of the 21st Century. As President Obama himself said, after the near-doubling of military spending during the Bush era, the new doctrine will slow the growth of military spending but "it will still grow, in fact by four percent in the coming year."

The new doctrine places China at the centre of US "security" concerns and prioritises expansion of US war making capacities in Asia and the Pacific and Indian Oceans, This means greater involvement of Australia, Japan, South Korea, the Philippines and now India as the US "pivots" from Iraq and Afghanistan to the heartland of the 21st Century global economy, Asia and the Pacific.

The US strategy is to first exaggerate the level of China’s present military build-up, to encircle China through the acquisition of military bases in the Asian-Pacific region, to establish anti-Chinese alliances, and to deploy Theatre Missile Defence (TMD) systems near China as a way to negate their existing force of 20 nuclear missiles.

The US is making an effort to woo India into the American orbit by offering them help with nuclear weapons and Star Wars technologies. Australia is assisting with the supply of uranium. US armaments companies are facilitating India’s military expansion, especially space development, through an aggressive move into South Asian markets to supplement reductions in their Pentagon contracts.

Sustaining US Global Leadership: Priorities for the 21st Century Defence includes a focus on Iran, clearly intended to ensure that Tehran cannot jeopardise the West’s neo-colonial control of the Middle East and its oil which is so essential to their economies and militaries.

China and Iran are the primary targets of: weapons systems to be developed; of expanded US military alliances, bases, access agreements and an increased tempo of military exercises; as well as advanced cyber and space war capabilities.

Despite the fact that China’s military budget is less than one tenth that of the US, China is providing the "enemy" the US military-industrial complex requires.

Preparing for war with China provides additional super profits for the US armaments corporations. It will be the primary justification for the acquisition of these costly new weapons systems.

Dennis Muilenburg, President of Boeing Defence, Space and Security (BDS), has estimated that countries such as Australia, South Korea, Japan, India, and Malaysia will be strong markets for its fighter jets, unmanned systems, helicopters, energy systems security and even cyber-warfare technology amid a slowdown in defence spending in its US home market.

The new US thinking on the region was foreshadowed in June 2005 when former Secretary of Defence Donald Rumsfeld gave a speech in Singapore in which he criticised what he called China’s ongoing military build-up and claimed that it posed a threat to regional peace and stability.

US strategy was spelt out in the Pentagon’s 2006 Quadrennial Defence Review (QDR). This said the US will not allow the rise of a competing superpower. "Of the major and emerging powers," the QDR says, "China has the greatest potential to compete militarily with the United States and field disruptive military technologies that could over time offset traditional US military advantages."

The expansion of "missile defence" systems in Australia, Japan, South Korea and on US military platforms near China is intended to assist with these plans. It will actually create more regional tension and instability, increasing the possibility of war.

The US is engaged in an extensive build-up of military forces as part of a strategy to strengthen and position US and allied forces to contain or even militarily defeat China. Victory from these efforts would give the US its major economic goal of securing the natural resources, cheap labour and increasing productive strength of the region for the US transnationals.

With breathtaking arrogance, Hilary Clinton wrote last November in Foreign Policy that the Asia-Pacific focus puts the US "in the best position to sustain our leadership, secure our interests, and advance our values …

"Harnessing Asia’s growth and dynamism is central to American economic and strategic interests … . Open markets in Asia provide the United States with unprecedented opportunities for investment, trade, and access to cutting-edge technology. Our economic recovery at home will depend on exports and the ability of American firms to tap into the vast and growing consumer base of Asia."

Liberal and Labor governments have been obediently trotting after the US, with a bloated "defence" budget now costing taxpayers $80 million every single day.

Labor’s opposition to missile defence has been abandoned and Australia may acquire its own limited missile defence capabilities Â an additional part of the noose being tightened round China.

North West Cape (the Harold E Holt military base at Exmouth in WA) is the expected site for the establishment of the US Space Surveillance Network sensors. The Australian government has recently signed an agreement for US forces to return to North West Cape.

It is madness for the Gillard government to risk escalating tension and even war in the region, instead of good relations with a major trading partner, for the sake of an alliance with the United States.

The Gillard government’s decision to escalate its military relationship with the US is intended to strengthen US efforts to contain China as well as to strengthen Australia’s role in the region. It is all about strategic, political and economic dominance, directed first and foremost against China.

The ANZUS treaty underpins Australia’s military relationship with the USA.

Despite the views of the Australian public, ANZUS does not contain specific commitments or any guarantees that the US will assist Australia in times of need, even though it speaks vaguely about "consultation" and "action in accordance with constitutional processes".

The only times the treaty has been invoked in the 60 years since its signing, Australia has ended up paying in one way or another for US strategic interests and US aggression.

It is not a mutual pact. It is a treaty of Australian subservience and a cover for aggression.

A 21st century US-China cold war catastrophe must not be allowed to happen. Because Labor and the Coalition basically agree, there has been relatively little public scrutiny or debate about Australia’s military strategy and military spending. It’s time to begin one. 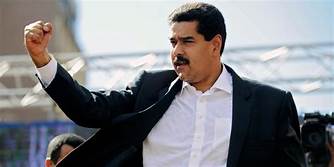