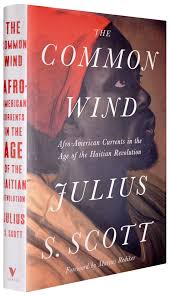 In the late 18th century, revolutions in the United States and especially France stirred up the Caribbean. But the 1791 revolt of enslaved Africans in Saint-Domingue – present day Haiti – whipped up a real storm in that region, one extending even to the United States. It’s been unclear until now as to exactly who set those liberation forces in motion and, importantly, how they did so.

Historian Julian S. Scott submitted a Ph.D. dissertation in 1986 that provided a comprehensive picture of early signs of solidarity and unity emerging out of sometimes fleeting encounters among the excluded and scorned in the Caribbean of that era. He clarified the logic as to how an improvised, many-faceted, and amorphous liberation movement came into being. Aspects of revolutionary planning, ideology, and leadership weren’t part of his story.

Scott’s work gained renown among historians, despite its being accessible only through photocopies and the Internet. Margaret Wilson Gillikin noted that, “Countless books” adopted Scott’s “interpretation of Caribbean history and used it as a lens through which to view the era and the region.” Laurent Dubois stated that, “Scott ushered in a sweeping shift in our perspective on history.” Publication in 2018 of Scott’s book – at long last – has been widely celebrated. Scott is a professor in the Department of Afroamerican and African Studies at the University of Michigan.

The book’s full title is “The Common Wind – Afro-American Currents in the Age of the Haitian Revolution.” It’s a prime example of history from below. As pointed out recently by historian Marcus Rediker, Scott did research “against the grain” to learn about “the agency of working people and what role they played in this age of revolution.”

Scott’s narrative proceeds in tidal fashion – unhurried and wide-ranging. Citing letters, newspaper reports, official documents, and the research of others, he records the authorities’ responses to unrest and working people’s reactions to repression. By not inserting his own opinions on this or that, Scott allows readers to make sense of things on their own. His language is precise, unadorned, and understated.

The setting is that of port cities and docks, trade routes, the sugar boom, inter-island and coastal voyages, and communities of deserters from plantations and ships. An early chapter on the sea and ships tells of “sailor Negroes,” the transport of slaves, the Caribbean slave trade, shipboard solidarity between slaves and white sailors, and failed attempts at “driving a wedge” between European and Black mariners.

Scotts cites observations and anecdotes testifying to reactions by the “masterless” to the French Revolution, abolitionist agitation in Britain, Spanish regulations beneficial to slaves, war between France and both England and Spain, and the emancipation of slaves in Saint-Domingue in early 1794.

Scott’s account eventually centers on repercussions from the exodus of planters and slaves from Saint-Domingue following the slave rebellion there. Slaves arriving in Spanish and British colonies and in the United States faced sharp restrictions, prisons included. Slave rebellions broke out in the Caribbean, Spanish Louisiana, and the United States. They would continue.

Concluding, Scott notes that, “Nineteenth-century Afro-North American historians like ex-slave [and abolitionist] William Wells Brown characterized the revolution in Saint-Domingue as the pivotal event in the history of Afro-Americans.”

Historian Peter Linebaugh regards the title “Common Wind” as a metaphor for ideas, agitation, and persons in motion. The words appear in an 1802 sonnet by British poet William Wordsworth which he dedicated to the imprisoned and dying Toussaint L’Ouverture, leader of the slave rebellion in Saint-Domingue.

In his preface to Scott’s book, Marcus Rediker observes that, “the winds of revolution would blow in the other direction [as a] tempest created by the black revolutionaries of Saint-Domingue [and] communicated by mobile people in other slave societies.”

In fact, a long and, by all indications, continuing storm gave rise to the liberation movement Scott is documenting. The bourgeoisie of Europe and especially Britain had long been enclosing the common land in rural areas and, as reported by Linebaugh, the British Parliament passed more enclosure laws in 1802 “than ever before in human history.” Displaced rural inhabitants were forced to become factory workers, sailors, and either indentured servants or poor settlers in the colonies. All along, a dark cloud had been looming of merchants and ship owners transporting stolen Africans and selling them to plantation owners. In the 19th century, observes Linebaugh in a nod to continuity, “The cotton plantation supplanted the sugar plantation as means of exploitation.”

The author’s story of liberation gains authenticity through its focus at the ground level – or sea level – on encounters among unruly strangers, the marginalized and desperate, and on their moving about. These are realities that, along with measures taken by the authorities for holding on, allowed Scott fashion a picture of a freedom movement peculiar to that time and place. Expressions of revolutionary ideology, strategies, and plans didn’t enter into his study, nor did attitudes and actions of leaders.

Scott’s approach is that of a scientist. Well-documented evidence derived from people’s own experience enabled him to explain just how the process of social and political transformation he was studying would take place – a project, incidentally, that’s still unfulfilled. That he all but ignored participants’ expressions of ideas perhaps reflects uncertainty that these actually exerted a direct role in accomplishing this change process. Ultimately Scott seems to be suggesting that that the mere fact of struggle between the working and owning classes was quite enough to account for movement toward change. After all, he placed great emphasis on characteristics of his subjects marking them as members of the underclass. At the same time he was downplaying expressions of political ideology.

Scott thus betrays an affinity with Frederick Engels, that pioneer of scientific socialism. Engels wrote that, “the final causes of all social changes and political revolutions are to be sought, not in men’s brains, not in men’s better insights into eternal truth and justice, but in changes in the modes of production and exchange.” He added that, “the law according to which all historical struggles, whether they proceed in the political, religious, philosophical or some other ideological domain, are in fact only the more or less clear expression of struggles of social classes. 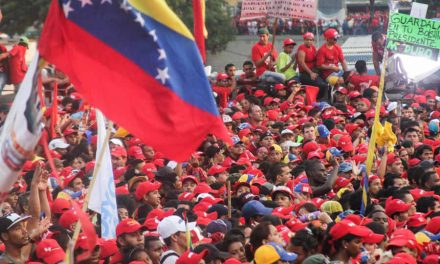 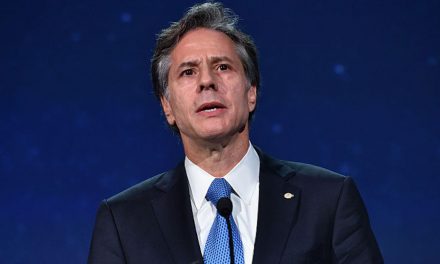