On August 13 the Communist Party of Colombia (PCC) celebrated its eightieth anniversary.Â  Friends and allies spoke at festivities in Bogota, testifying to respect and gratitude the Party has earned for long, intense, and dangerous struggle. Party leaders touched upon tactics and political goals they depend upon as revolutionary socialists.

Harvard University graduate, economist, and academic Clara Lopez Obregon greeted hundreds of attendees in her capacity as president of the Alternative Democratic Pole, ColombiaÂs left leaning electoral coalition known also as the ÂPolo.Â As quoted by the Communist PartyÂs Voz newspaper, Lopez announced, ÂThe best people, the most dedicated, the most honest, the most engaged are in the Communist Party.ÂÂ  She added that ÂEighty years in the life of a people is not much time, but 80 years of struggle in the conditions in which the Communist Party of Colombia has struggled are an eternity because of the difficulties, the stigmatization, and the persecution.ÂÂ

Carlos Gaviria also spoke for the Polo: ÂColombia doesnÂt know how much the Communist Party has contributed to democracy.Â He lauded the PCC for Âlooking to implement the purposes of a just society [while] confronting persecution and intimidation.Â ÂThatÂs no small thing,Â he said. As Polo presidential candidate in 2006, Gaviria garnered 2.6 million votes.

Fitting in as backdrop for the event were the deaths over many years of thousands of Party activists; decades of unrelenting struggle between rich and poor, between city and country; and steady militarization of Colombian society. That the PartyÂs advance coincided with weakness and division plaguing the world socialist movement is noteworthy.

Party leadersÂ ideas of methods and guiding principles were on display. Senator Gloria Inez Ramirez, for example, maintained, ÂUnity for peopleÂs victory is fundamental,Â recalling that ÂThe Communist Party has contributed to organization of the masses and creation of consciousness for revolutionary struggle.Â

The Senator, a Communist Party member, holds office under the aegis of the Polo, which, she said Âepitomizes an ideology of unity that must be honored by leaders and activists alike.Â Ramirez censured examples of imperialist aggression, among them the U.S. blockade of Cuba and U.S. bases in Colombia

Party Secretary General Jaime Caycedo continued: ÂWhile itÂs a start,Â he said, Âthe ideology of unity by itself [does not represent] a full and completed program; itÂs only a declaration of intention.ÂÂ  ÂUnity does not come about in a spontaneous manner, we have to build it. We have often claimed that unity of action is a matter of many factors, many mobilizations, and many variations of what comes out of popular struggle, sometimes spontaneously, sometimes less spontaneously.

Meanwhile the question is: What type of unity of action do we need today? I think there is the need to apply a meaning much more qualified and considered, one in tune with processes of unity of action, which relate to the building of confidence at the same level for allÂWe ourselves have to get out there and put ourselves into mobilizations.Â In regard to the Polo: ÂWe have to work there, because there is where they think of us as equals and an integral part of that process

At its annual festival in Bogota on July 18, Voz honored the 80th anniversary of the Party and 200 years of Colombian independence from Spain. With a nationwide circulation, ÂVoz,Â in existence since 1957, remains the most prominent leftist newspaper in Colombia. The Communist press began in Colombia in 1932.

Medina is an author, academic, and researcher based at ColombiaÂs National University. Translated by W. T. Whitney Jr.

This year is the 80Âyear anniversary of the founding of the Colombian Communist Party (PCC), which, along with its militancy, ought to be celebrated by the entire left and, above all, by the whole country.Â  The Communist Party is the most important institution of our battered democracy. No similar party has endured the persecution, the scarring, the stigmatization, and the criminal violence against its militant spirit with such determination, nor has any group bet everything, the way it has, to keep alive the rationale for an authentic democracy, that is to say, the right to build a nation out of differences and opposing views.

Without a doubt the nation and its history owes a debt of gratitude to the Communist Party. The country wouldnÂt be what it is today if this political organization had not evolved into becoming a forceful overseer and tireless in struggle, along with, of courseÂ  other left groups and democratic sectors of the traditional parties, all for the sake of the down and out classes and the dispossessed in cities and the country.

Coming out of the social movements of the 1920Âs, out of dreams of justice and equality, leaders of workersÂ and peasant groups mobilized to lay claim to the right to work, to strike, and to defend their organizations, and rights to democracy and land. The PCC is empowered through the spirit of Marxism Leninism, through the example and commitment of its men and women laboring amidst the flux and conflicts of different periods, and also throughÂ  the necessity for workers and people in general to engage in political struggle for their fundamental rights.

Over eight decades, Party militants were committed to building a strong civil society and a dynamic social movement. They founded labor unions and union federations, encouraged workers and wage earners to fight for better working conditions and a better life. They defended the fundamental right to work, inspired the agrarian movement and joined peasants fighting for land and for better labor relations in the field. They participated in and promoted peopleÂs struggles in the city, especially after rural Colombians, hit hard by the violence of strife between the traditional parties, moved into cities.Â

The PCC has not scrimped on efforts to promote the representation of those marginalized within the confines of the countryÂs political institutions. It has actively engaged in electoral struggles, occupying seats in parliament, assembles, and municipal councils, also serving as administrators in mayorsÂ and governorsÂ offices. The impulse toward armed struggle was not far off when conditions of violence seemed to be conducive. But the PCC also knew to keep it at a critical distance in other pressing situations of deteriorating war

ItÂs not a guerrilla party. Â What underlies its partisan spirit is a deep democratic vocation. ThereÂs no other way to explain throughout its long history the PartyÂs many efforts carried out to meld its aspirations with unifying processes of the Left Â with definite support from the traditional parties, and their democratic reformsÂ  Â

Just as with any living organism twisted about through the passions of human beings that built it, the PCC has not been immune from suffering through disorders of the continental and worldwide left that so often are fixed on ideologies that are sectarian and dogmatic. It has turned away from its peers on the left and engaged in factionalism. On occasion it closed off its own spaces so that new, committed and intelligent generations might lead the party toward a permanent modernization.

On this 16th of July we arrived at the 80-year point from the founding of the PCC. There will be celebratory events during the second half of the year.

I think this anniversary provides a good opportunity to think about and discuss – and passionately if need be – the necessity for a modern left, united as to the challenges and the urgent transformations of todayÂs world. It would be a left with a genuine vocation for taking charge and taking risks in scenarios of the political and governmental life of the country. The presumption would be that itÂs committed to the deepening of democracy and establishing the Colombian peopleÂs well-being, ability to live together, and happiness, all of which represents, I am convinced, the longing of many men and women sacrificed throughout the long history of the Party in this country. Among them and the thousands of anonymous militants that died fighting for a democracy and for rights are: Manuel Cepeda Vargas, Jaime Pardo Leal, JosÃ© Antequera, Bernardo Jaramillo, Leonardo Posada.Â

The article appeared in the Voz newspaper, the on-line version of which is accessible at the PCC web site:Â  http://www.pacocol.org/index.php?option=com_content&task=view&id=6068 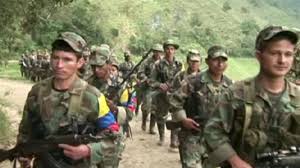 Progressive Advances in Our America

Evo Morales: “We Shall Complete the Struggle of Che”