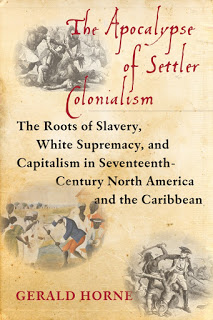 Gerald Horne, The Apocalypse of Settler Colonialism: The Roots of Slavery, White Supremacy, and Capitalism in Seventeenth-Century North America and the Caribbean

Gerald Horne introduces his book about 17th century English colonial aggression in the Caribbean and North America by mentioning a three-part “Apocalypse.” He indicates that its “three horsemen” – slavery, capitalism, and white supremacy – were present and sowing grief at the formation of the United States. But the first two play only supporting roles in his narrative. They give rise to conflicts and crises that provoke white supremacy, his third protagonist, into existence.

The author deals with that entity as a state of mind rather than, as is usual, using it to categorize manifestations of racial oppression. For him, it’s an ideology, one of racism and of race-hatred. Horne emphasizes the outsized and continuing role of white supremacy within U.S. society and politics.

Maybe he would have assigned a similarly decisive role to capitalism if he had been writing a larger history. Related themes get short shrift, among them: the role of class dynamics in slavery’s development, plunder of Indian land, and in racial oppression generally. He does write about resistance by enslaved Africans and indigenous peoples, but only in order to suggest a rationale for colonial authorities to promote white supremacy. The author’s limited agenda doesn’t include white people’s contributions to antislavery struggles.

Otherwise, Horne says much about the 17th century. He looks at struggles between the English monarchy, heir to a feudal past, and Puritan rebels, led by Oliver Cromwell, who provided succor to a rising class of merchants and traders. He tells of trans-Atlantic slave trading, Caribbean plantations, African slave resistance, and the use of indentured servants. Assaults on indigenous peoples, their occasional enslavement, and plunder of their land enter into his story.

Horne surveys actions and opinions of colonial authorities on both sides of the Atlantic, also competition among seagoing European nations for control of the slave trade. He studies effects of European wars and pirate attacks on colonial expansion and the slave trade.

Myth and hypocrisy are exposed. Puritan leader John Winthrop of Boston – he of the pronouncement “We shall be as a city upon a hill, the eyes of all people are upon us” – inserted family members into the Caribbean slave economy. Close associates of William Penn, Pennsylvania’s founder, owned plantations and slaves in Barbados; slaves made up 11 percent of Pennsylvania’s inhabitants.

In 1676 rebel frontiersmen led by Nathaniel Bacon attacked Virginia’s colonial governor complaining that he hadn’t protected them from Indian attacks, nor opened up new lands for them. They also attacked Indians and occupied their land. Henceforth many more enslaved Africans than indentured European servants would be laboring in Virginia and other colonies.

Enslaved and dispossessed peoples resisted. An indigenous uprising known as King Phillip’s War brought chaos and bloodletting to New England in 1676 and after. Victorious settlers arranged for 500 captured indigenous to be “sold into slavery from Plymouth.”

Slave rebellions exploded in Barbados. Many more wracked Jamaica, especially after England stole the island from Spain in 1655. Escaped slaves, so-called maroons, ranged freely through the mountains there.

In the Caribbean, the “colonial elite could not untie the Gordian knot of bringing in more Africans to produce immense wealth while preventing them from rebelling and taking power – which finally occurred in 1791 in what became Haiti.”

According to Horne, “The great trek to the mainland was one method of avoiding this dire destiny, along with providing more benefits – combat pay – to poorer settlers.” Many plantation owners left Barbados for South Carolina, which became a “colony’s colony.”

Authorities began to use indentured servants and other poor whites to oversee the labor of enslaved Africans. Marginalized settlers were awarded access to land. But difficulties mounted.

Officials turned to promoting “racial solidarity.” Indeed, “The elite had devised a race-based despotism driving these recent [European] arrivals into the arms of these same elites, particularly after the poorer settlers were granted some concessions.” Settlers divided by religion and class in theory would come together. Promises extending over decades of equal rights and individual freedoms contributed to a united front.

Colonial rulers “established a cross-class alliance between and among European settlers, who bonded on the basis of ‘racial identity politics” – that is, ‘whiteness’ and ‘white supremacy’- and [on] the basis of the looting of all those not so endowed.”

For Horne, “the idea that ‘any person’ – meaning European – could ‘seize’ an African established a dangerous precedent … In North America racial privilege and the militarized identity politics that was ‘whiteness’ was forming the sinews of the emerging system that was capitalism.”

Meanwhile, “massive slave revolts” revealed “the frailty of the colonial project.” And “the mainland’s productive forces were advancing, while those of the Caribbean had a foreseeable upper limit.” After the English expelled the Dutch from New York in 1664, that city “would become a major site for the arrival of enslaved Africans.”

The English king lost power, courtesy of the “Glorious Revolution” of 1688. Actually, Horne writes, “This blatant power and money grab by merchants was then dressed in the finery of liberty and freedom as the bourgeois revolution was conceived in a crass and crude act of staggering hypocrisy.”

England’s commercial classes took charge of exploiting the colonies. They “proceeded to build vast fortunes on the backs of enslaved Africans and dispossessed indigenes while shouting from the rooftops about the ‘liberty’ and ‘freedom’ they were demanding at the expense of the monarchy.”

Thus “a state [was] founded on solemn principles of white supremacy, often disguised in deceptive ‘non-racial’ words.” The resulting balancing act utilized white settlers’ material and political cravings to counter the resistance of enslaved and indigenous peoples. This approach “worked in fueling the revolt against London in 1776.”

“Given the grimy origins of republicanism in the Anglo-American sphere, is it any wonder,” Horne concludes, “that even in today’s United States, it remains difficult to extend the full bounty of rights to the descendants of the formerly enslaved or the indigenous?” Indeed, white supremacy “had its latest expression, at least in terms of underlying premise and intent, in the United States in November, 2016.”

Horne’s explanation of the 17th century origins of racist thinking makes sense. His message that racism pervades U.S. history and society rings true also. But caution is warranted. The author’s look at U.S. history is abbreviated. His book may therefore leave readers unaware of societal realities affecting people’s consciousness of racial difference. These include handicaps of poverty and oppression that often stimulate notions of social class.

Even an attentive reader of this worthwhile book finds little opportunity to conceptualize a linkage between race and social class. That’s unfortunate because ideas derived from the two often work in concert to promote racial oppression, or to mount resistance.

Ironically, the author testifies at the book’s conclusion to his awareness of the connection. He mentions that after the crisis of the U.S. slavery system had passed, there emerged a “corollary crisis for white supremacy” and that it was “compounded by the Bolshevik Revolution of 1917, which – at least – thrust the question of class onto center stage.”

Consequently, that event “helped [both] to erode the capitalist world’s maniacal obsession with ‘race’” and to bring about “crisis for all aspects of the hydra-headed monster that arose in the seventeenth century – white supremacy and capitalism not least.” 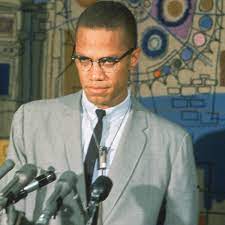 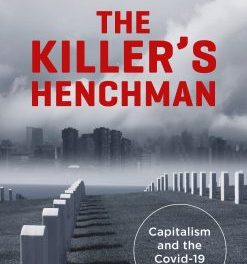 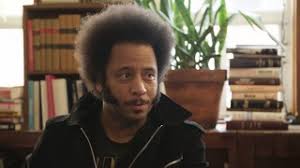 Boots Riley Talks about a Socialist Alternative for Society