The Communist Party of Venezuela (PCV) held its 14th Nation Conference February 17-18 in Caracas. One task of the conference was to select the Party’s candidate for the Venezuelan presidency. Elections are set for April 22, 2018. The PCV announced its backing of President Nicolas Maduro for re-election.

The Party based its decision on a “unity agreement between the PSUV (United Socialist Party of Venezuela) and PCV,” which hadn’t yet been signed by both parties. The PCV defined the agreement’s overall purpose as enabling collaboration in “confronting Venezuela’s crisis of a capitalism that is dependent and grasping.” A Party statement promised “political and socio-economic actions that are anti-imperialist, patriotic, and responsive to the people.”

The Party resolved also that in case the “unity agreement of the PSUV and PCV was not achieved, there would be a new session of the 14th National Conference” to decide on an alternative presidential candidate.

The PCV did stage another session of the Party Conference on February 26. President Maduro attended, declaring that, “I accept the nomination of the Red Rooster (symbol of the PCV).” The Party’s flag was delivered into his hands.

The second order of business that day was the signing of the agreement between the two political parties. Jorge Rodríguez and Aristóbulo Istúriz signed for the PSUV and members of the PCV Political Bureau signed for their party. President Maduro also signed.

Maduro observed that, “Together we have worked out a document together that sets out a good part of the map for moving into the years ahead – with agreements and disagreements, criticism and self-criticism. But above all, it puts together proposals for how we are going to advance.”

The report on the Correo del Orinoco website pointed out that, “It was the first time in the history of the Bolivarian revolution that an agreed-upon and signed document has been fashioned as a commitment for ‘moving beyond the present era and building the future.’”

For PCV Secretary-General Oscar Figuero, the agreement signified “a ‘qualitative leap’ in political relations in these times of interventionist threats.”

Figuero added that, “We are disposed to put our own skin, life, and our very existence into play as we defend the interests of the working class, working people, and the Venezuelan nation. The homeland will not be sold out but will be defended. … We are taking a decision to reorganize our people, to unify them in defense of the homeland and of our sovereignty.”

Figuero told President Maduro that the “solution to the crisis of the Venezuela’s capitalist profit-taking model is nationalization of the financial and banking sector so that not one more dollar is handed over to the capitalists – and nationalization too of commercial and industrial sectors acting as monopolies with in the economy.”

Highlights of the Agreement

The various provisions of the agreement appear below in a translation covering the main points, which are:

The agreement turns next to the “Rights of the Working Class and Working People.”

8) “Inside the government and also socio-political spaces, and depending on the scope and characteristics of each organization, the PSUV and PCV will work jointly to identify and channel the restitution of rights that workers are lacking, both in established cases and in cases yet to show up in public and private work places.”

The agreement included additional “Measures for which there needs to be in-depth analysis,” among them:

Full text in English and Spanish

Unitary Accord between the PSUV and PCV to address the crisis of dependent and rentier capitalism of Venezuela with popular, patriotic and anti-imperialist political and socioeconomic actions:

Said accord contains the common commitment to implement it in all of its parts, and represents a clear understanding of the growing, immoral, illegal and criminal interventionist aggression of US imperialism and its European allies against the Venezuelan Bolivarian process. Such aggressions are putting at risk the prospect of national liberation which began with the popular victory of Commander Hugo Chávez in the presidential elections of 1998, and which even includes threats to our national sovereignty and territorial integrity.

10 [We adhere to] advance resolutely in suitably interconnecting the productive processes of the nationalized companies with each other, many of which must be restructured and the processes of dismantling and deterioration that could lead to stoppages which would be damaging for the national productive development must be reversed. In addition, [we commit] to protecting and institutionally supporting the rural collectives who have reactivated State-owned farms.

12 [It is  necessary] to promote and implement strong actions by the National Superintendence for the Defense of Socio-Economic Rights (Sundde) and the Superintendency of the Institutions of the Banking Sector  (Sudeban), in articulation with the popular organizations, in order to protect the millions of users of the banking system, particularly workers, pensioners and small entrepreneurs.

14 [We commit to] prioritize formal employment with its respective labour rights as an activity that dignifies the human being, as well as strengthening wages and restoring them to be the majority and main component of the income of the workers.

Measures to analyze in greater depth

15.1 Themes included are the banking and financial systems, foreign trade, public finances, and the tax system.

16.1. We the PCV and the PSUV will set a timetable for the holding of bilateral meetings with a frequency of at least once a month between representatives of both national leaderships.

16.2 We the Psuv and the PCV will follow up regional and municipal efforts to develop effective policies and those which attend to needs of the population.

16.3. In the international arena, based on the areas of action and attention of every organization, we will strengthen relations with bodies that have demonstrated consistent solidarity with Venezuela and the revolutionary process.

16.4. In the production area, we will support manufacturing and agro-industrial proposals and projects, with special emphasis guaranteed to all initiatives stemming from the communal and peasant movement.

16.5. We the PSUV and the PCV are committed to the strengthening of the labour and trade union movement, facilitating the articulation of class based and revolutionary currents with the State entities so as to solve problems and disputes as well as respecting the rights of workers.

16.6. All projects related to audio-visual and printed media that are initiatives of both organizations and popular movements and workers will be supported as part of the cooperation in the fight in the media war and against psychological operations.

16.7. Both political organizations will foster relationships between their youth organizations: the Youth of the United Socialist Party of Venezuela and the Communist Youth of Venezuela, through student, cultural, sporting and community-based proposals so as to deepening the rights of youth.

16.8. In order to make progress in the development of policies of alliances Psuv-PCV and the revolutionary popular movement, we will work to ensure a unified formula of an electoral nature that ensures effective presence and strengthening of our organizations in the legislative elections at the national, state and municipal level. 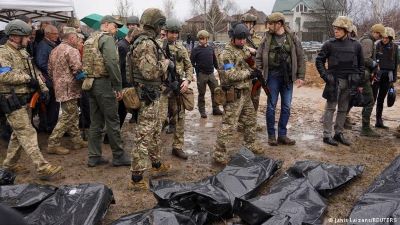 Venezuela – After the Elections: What is To Be Done? by Marta Harnecker. Notes on the Marxist View of the Role of Cooperatives