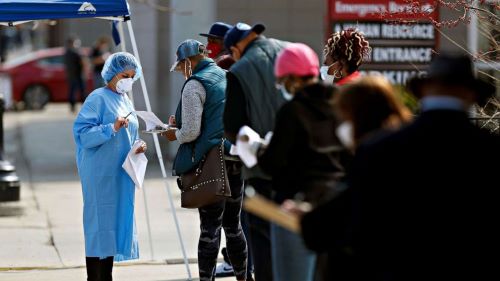 The neo-liberal austerity model of governance ensures that Covid-19 will continue spreading and producing new variants. Only people focused public health remedies will end the pandemic.

On December 31, 2019, Chinese media told the world about a newly discovered disease cluster in the city of Wuhan. What was thought to be a viral pneumonia came to be known as SARS-CoV-2, Covid-19. Two weeks later Chinese scientists sequenced its genome and gave the world the ability to test and trace the disease. Covid continued to spread and the World Health Organization (WHO) declared a pandemic on March 11, 2020.

China didn’t wait for a WHO declaration in order to take action. The government immediately adopted a zero covid strategy. They dispatched health care workers to Wuhan and built new hospitals to care for the sick. The sick were isolated and the healthy were supported in a variety of ways. They developed their own vaccine, which 90% of the population have taken. China tests millions of its people on a regular basis. The result of this effort is fewer than 5,000 deaths in a nation of 1.3 billion people. The United States, with a population of 330 million, has more than 800,000 deaths and a record-breaking number of new cases in December 2021. Of course, one society is committed to serving human needs while the other wants to do as little as possible in that regard. Serving the donor class is the political priority in the U.S. Everything else is secondary.

The United States doesn’t have a true health care system. Instead, for-profit companies run hospitals and private health insurers. Workers have health insurance only if their employers provide it, and the race to the bottom has reduced opportunities for these living wage jobs. This shaky system didn’t serve the public before the pandemic struck. The safety net is fragile and people who fell ill or who were unemployed during this crisis were on their own with little help from the federal government.

Throughout 2020 Donald Trump was the face of the covid crisis and his performance was in large part responsible for his defeat. Despite campaigning as the man who would end the pandemic, Joe Biden’s response has been even worse than Trump’s. By the time Biden came to office the nature of the problem was well known, vaccines had been developed, and a test was widely available. What hadn’t changed is the hold of the oligarchy on the political system and the resulting commitment to austerity and keeping workers on the job. The Biden administration now has the dubious distinction of presiding over the same number of deaths which occurred while Trump was in office.

Biden’s spokesperson Jen Psaki unintentionally explained why the situation is no better. In a now infamous response to a question about increasing the availability of rapid tests for at home use, she said. “Should we just send one to every American? Then what happens if every American has one test? How much does that cost and what happens after that?” The operative words were about cost.

The omicron variant had begun its spread around the world and all Biden could come up with was a plan to make tests eligible for insurance reimbursement. Health insurers are loath to pay for anything because profit maximization is their goal. There is little reason to believe that these same corporations would act against their interests and suddenly become altruistic in a time of need.

But big money is still in control and they have direct access to the president who promised them that nothing would fundamentally change. When the CEO of Delta Airlines asked to reduce the number of days that employees could end infection isolation from ten days down to five, the Centers for Disease Control (CDC) did just that. Most physicians and scientists vehemently opposed the decision, but big business said jump and the white house asked, “How high?” Delta’s lobbying success was immediately followed by a cut in paid sick leave for its employees with covid.

In 2020 the campaign against Trump and his mishandling was the centerpiece of Biden’s campaign. He said he would, “Trust the science,” but when scientists made recommendations that might have reduced the spread of covid he ignored them. It is Biden’s CDC that declared vaccinated people didn’t have to wear masks and thus precipitated the spread of the delta variant.

It was recently revealed that in October 2021 a group of researchers proposed what they called A Testing Surge to Prevent a Holiday COVID Surge . Their plan was simple. The federal government should produce and distribute 732 million free test kits per month. But the idea was rejected because of a “lack of capacity.” Of course, the real problem was just what spokeswoman Psaki said out loud. There was never an intention of using federal resources to benefit the people.

Fortunately, the omicron variant appears to be less dangerous. Yet milder symptoms do little good in a country which doesn’t help its people. Test kits sold commercially are often out of stock, testing facilities are crowded and people line up for hours to be tested only to face a long wait for results. There are so many new infections that even a “mild” variant has created chaos with illnesses among health care workers and flight crews.

The reliance on a vaccine only strategy has led to this situation. When it became clear that “breakthrough” infections could occur after vaccination, the CDC announced that it would limit tracking of breakthroughs to those cases which required hospitalization. The decision was an admission that a course correction was needed. Instead, the Biden team doubled down on failure and began forcing federal agencies and contractors, which means most private companies, to vaccinate employees whether they wanted it or not.

The only certainty is that a virus continues to mutate when it spreads. The spread can be stopped if sick people are paid to stay at home, testing is easily accessible, high-quality masks are free and in ample supply, and ventilation is improved indoors. Reliance on vaccination alone has been a failure all over the world. For now the vaccinated are still far less likely to need hospitalization or to die. But that protection can end with a future variant.

The WHO has warned that continued spread will lead to a variant that responds to none of the vaccines or treatments. Already the “mild” omicron can be treated with only one of three approved monoclonal antibody formulas. Of course, the sole effective treatment is now in very short supply. The next mutation may create a variant that can’t be treated at all.

Biden wants to keep people at work and make big business happy, just as Trump did. The focus on the corporate bottom line makes life precarious during a pandemic. Of course, precarity is the goal. Keeping the public vulnerable and afraid is a feature of the system.

The logic of reliance on vaccination was simple. Big pharma got millions of dollars in public funds, and the federal government didn’t have to do anything else. Of course, there should have been ongoing support instead of small stimulus payments and a temporary child tax credit. This moment calls for huge expenditures and not nickel and diming about test kits. The ongoing battle over Build Back Better proves that the oligarchy are in no mood for more spending when that is just what the situation calls for.

Americans are alternately afraid or fatalistic, succumbing to the belief that everyone will get covid. Resignation is to be expected when the people responsible for social well-being fail so miserably. While China and Cuba freely share vaccines around the world the United States has nothing to offer except more misery. Biden told a group of governors that the covid crisis was a state responsibility. Having made a crisis worse, he seeks to wash his hands of the situation of his own making.

There is no covid miracle coming and none is necessary. Just consistent testing, allowing the sick to stay home, improving indoor air quality, providing access to the best masks, and using vaccines as one piece of the puzzle. Of course, all of these things should be free and under public control. On the other hand, caring for the needs of the people would indeed be miraculous in the country of which it was once said, “The business of America is business.” 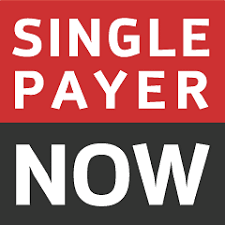