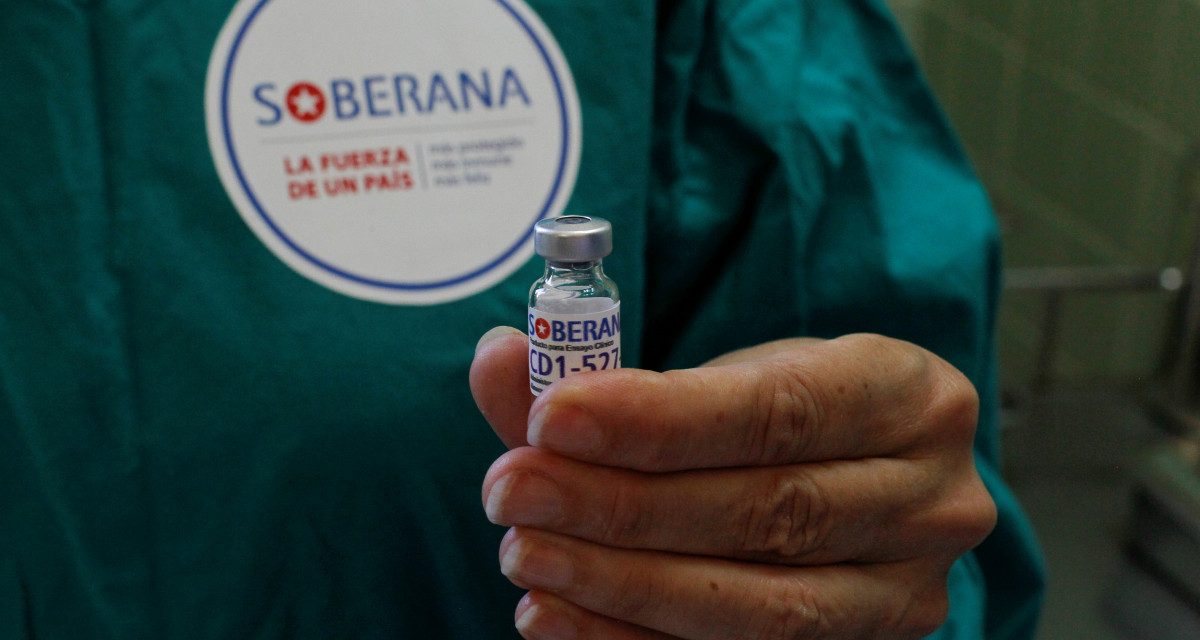 Cuba, in spite of the suffocating US blockade, is ready to send, at solidarity prices, tens of millions of doses of its vaccines against covid-19 to low-income countries. This was announced on January 25 by senior executives of the Cuban Ministry of Public Health and the biotechnology industry at an international conference organized in Havana by a delegation of the Progressive International (PI) (https://bit.ly/34dwm5i), which traveled to the island to learn details about the creation and production of its three vaccines and its two vaccine candidates, as well as to promote their knowledge and socialization in the Global South in view of the overwhelming advance of covid and the obscene and unjust inequality suffered by poor countries in terms of immunization. Cuba, with its immunogens Abdala, Soberana 02 and Soberana Plus, is the first country in Latin America and the Caribbean to obtain its own vaccines and with them, also managed to become the first country in the world with more doses applied per 100 inhabitants, ahead of Chile, United Arab Emirates and China. The second part of this issue will be devoted to the high efficacy of Cuban antigens, their decisive role in containing the pandemic on the island and to Cuban products and protocols against covid.

The conference was attended by journalists, vaccine manufacturers, public health experts and political representatives from other countries who received an explanation and asked questions to the Cuban representatives. In addition to the solidarity prices for low-income countries, Cuba reiterated that it will also transfer technology for local production in those countries where conditions exist, as it has already done in the cases of Vietnam and Iran. Likewise, considering that there are countries where there are not enough qualified personnel or infrastructure to carry out mass vaccination, Havana is offering to send there, or expand, its medical brigades of the Harry Reeve Contingent already existing in those places, to offer training and advice to the personnel who will carry out the vaccination campaigns in the States and territories associated to this initiative. This is very important, as both the humanitarian organization CARE and the World Health Organization (WHO) have warned about vaccines that cannot reach the arms of their recipients in certain poor countries due to lack of organization and capacity for the deployment and application of immunogens.  Regarding technology transfer, Cuba is already in talks with more than 15 countries to produce vaccines in its facilities.  Cuban vaccines are based on protein subunit platforms already tested over the years, which makes them very easy to store as they do not require freezing temperatures.

In this activity, Cuba has a successful experience. For example, in 2014 and 2015, Cuban doctors, at the request of the UN and WHO, worked against Ebola in Guinea, Sierra Leone and Liberia, where they reduced patient mortality from 50 to 20 percent and introduced an effective preventive education program to prevent the spread of the disease. As of January 2015, Cuba had trained around 13,000 people to deal with Ebola in 28 African countries, in addition to 68,000 in Latin America and 68 in the Caribbean. Since the beginning of the pandemic some 40 countries and territories in 5 continents have received Cuban medical brigades to combat the disease.

In his turn at the conference, David Adler, general coordinator of the PI and head of its delegation to Cuba said, “Today’s announcements by Cuban scientists should mark a historic turning point in the history of the Covid-19 pandemic. This life-saving package sets the tone for vaccine internationalism and the path to a New International Health Order, in which public health and science is placed above private profit and petty nationalism.”

A few days ago the PI, which brings together thousands of leftist activists around the world, denounced that the Dutch bank ING, bowing to the extraterritorial application of the blockade of Cuba by Washington, had blocked the funds destined for the trip of its delegation to the island.  This is a good example of the contrast between Cuba’s traditional policy of solidarity with the peoples and the criminal US siege against the island, which Washington, in an act of boundless cynicism, claims is aimed at defending human rights and punishing Cuban leaders. It is evident that the US not content with its attempt to starve and kill the population of the island, also seeks to prevent its vaccines from protecting the health of millions of people and saving countless lives on the planet.

Terrorist Posada Carriles is a Danger to the World