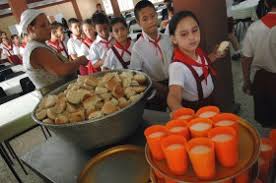 Cuba will be back in January and for the next three years in the UN Human Rights Council (HRC), a recognition of the island’s prestige and a resounding defeat for the United States, which is criminalizing the island in this matter.

It was 170 votes that decided to back Cuba, and an equal number of countries that did not let themselves be intimidated by Washington and its declared purposes of denouncing the Cuban Revolution, a process that in itself revolutionized respect for and the universalization of human rights in the island and other latitudes.

Cuba will be in the UN HRC during the period 2021-2023, and will do so for the fifth time, as President Miguel Díaz-Canel underlined in his Twitter account.

“Cuba elected for the fifth time as a member of the UN Human Rights Council despite the imperial lies, the world recognizes #Cuba, admires and respects it for the strength of its convictions and its example. A resounding victory #We are the flag of Cuba#We are continuity”, said the president.

“The election recognizes Havana’s decisive contribution to the consolidation of a cooperative and constructive dialogue approach in the work of the multilateral organization’s human rights operations”, added Cuba’s alternate permanent representative to the UN, Ana Silvia Rodríguez,

The diplomat also questioned the attitude of the U.S. government, which is trying to discredit her country, when it is responsible for some of the most brutal and best documented human rights abuses and violations in recent history.

“It is the first and only country that has deliberately used atomic weapons against innocent civilians; and used Agent Orange against the Vietnamese people”, the diplomat wrote on her Twitter account.

She recalled that the northern power withdrew from the Human Rights Council because it can no longer use that body as a vehicle to criminalize other states through manipulation and discriminatory political bias.

While the small Caribbean country is re-entering the HRC, the United States is practicing an isolationist policy by withdrawing, in addition to leaving the World Health Organization, just at the moment that its contribution and participation is more necessary to face the pandemic caused by the new coronavirus.

Previously, Washington fled through the back door of the Paris Agreement and abandoned all commitment to the global effort against climate change, the consequences of which endanger life on the planet.

During its terms Cuba worked to ensure full respect for the principles of universality, indivisibility, objectivity, non-politicization and non-selectivity in the work of the organization, as stated in a note from the Ministry of Foreign Affairs in Havana.

Furthermore, from its seat Cuba defended and promoted an international order based on inclusion, social justice, human dignity, mutual understanding and promotion and respect for cultural diversity.

“Cuba’s seat and vote will be in favor of the just claims of the peoples, and will promote the right to development, to basic services such as education, health, against racial discrimination and xenophobia”, the Ministry of Foreign Affairs said.

It is these principles and actions that explain the support of 88 percent of the States participating in the vote that took place on October 13 at the UN headquarters in New York.

Behind the vote is the role played by Cuba in that UN body.

“Our country is a part of 44 of the 61 international human rights instruments, whose compliance it reports to the United Nations,” Foreign Minister Bruno Rodríguez said on the occasion.

In addition, Cuba, in constructive dialogue with the bodies established to monitor compliance with its international obligations, has defended reports before the Committee on Enforced Disappearances in 2017 and the Committee on the Elimination of Racial Discrimination in 2018.

It also presented reports to the Committee on the Rights of Persons with Disabilities in 2019. On three occasions, the island appeared before the Human Rights Council’s Universal Periodic Review (UPR) mechanism.

The HRC was established in 2006 by the UN General Assembly. Its 47 members are elected individually by secret and direct vote by the members of the Assembly.