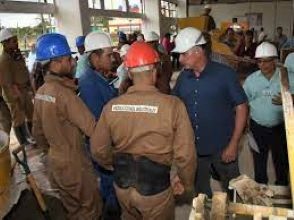 Starting in January 2021, Cuba began to implement broad economic reforms designed to increase production and exports, in an effort to mitigate the effects of the US blockade and the coronavirus pandemic. The following article, republished from the Turkish media site Sol (“The Left”), analyzes the first month of the reforms and their impact on labour and employment.

In the first month of Cuba’s new economic regulations, uncertainties anticipated by the government mostly showed themselves in product prices and employment. On the one hand, the government is trying to contain unforeseen fluctuations in the prices of some items. On the other hand, one of the most positive effects of the new regulations is the desire of many Cubans to work in registered jobs in the formal [planned and regulated] economic sectors. In response to this, the government is focused on creating new employment opportunities.

The economic reforms, which have been worked on for a long time and implemented as of the beginning of this year, basically abolished the dual currency system in the country, increased salaries in the state sector by 5 times and introduced changes to increase the country’s production and exports.

At the end of the first month of the reforms, Cuba’s senior state leaders held an evaluation meeting and made new decisions. President Miguel Díaz-Canel shared his findings about problems facing the country, which he clustered under three headings: (1) errors in the implementation of the new regulations, (2) combating the COVID-19 pandemic and (3) food production.

The coronavirus outbreak has complicated the process by which Cuba has been making radical changes to the economy. There have been 240 deaths in the country so far, but the increasing number of cases in January triggered the government to take new measures.

Díaz-Canel believes that “lack of discipline” is the main reason for the January increase. “We know what we need to do to solve the problem, but we need to work more delicately,” he said, noting that people traveling from abroad are not always quarantining and that there is a generally complacent mood in society due to self-confidence.

Experts predict that Soberana-02, one of the COVID-19 vaccines developed by Cuba, will be available domestically by the end of April. BioCubaFarma, the company which manufactures the vaccine, said that they expect Cuba will be “one of the first countries in the world to vaccinate its entire population.”

One of the first effects of the economic reforms was an explosion of applications to employment agencies. The head of the business agency in Havana’s Diez de Octubre district told Cuban media that while there used to be 10-15 applications a day, the number has now risen to around 80-100 per day.

Prior to the new regulations, many Cubans were reluctant to work in the state sector because salaries were too low. There was a corresponding increase in demand for informal jobs, especially those linked to tourism. This trend was reinforced by the fact that the state provided direct financial assistance to all Cubans, regardless of their economic situation. However, as wages in the formal sectors have increased with the economic reforms, prices have also risen. As a result, it has become preferable to work in registered jobs.

At the same time, the pandemic has had an impact. Many small businesses in the service sector, especially those linked to tourism, have been closed and informal work has come to a standstill. This has also led to longer lines at employment agencies.

In Cuba, the state provides jobs for anyone who wants to work. Unemployment was just over 2 percent prior to the pandemic, but this number mainly included Cubans who did not choose to work or who were working informally. Now, this segment is also in search of salaried jobs.

Díaz-Canel says that they have taken measures to direct this trend towards manufacturing-related sectors. He notes that the biggest task falls to local governments, which are primarily responsible for referring jobseekers to production-related employment in their regions.

The second step towards increasing production was to expand self-employed work. In Cuba, self-employment typically involves running a small business like a cafe, barber shop or mechanical repair shop. Self-employed people are also insured by the state and pay tax on their income.

Prior to the economic reforms, the Cuban state had identified areas open for self-employment, listing 127 activities eligible for these licenses. Labor and Social Security Minister Marta Elena Feitó Cabrera has announced that they will now list activities that are “not self-employed” instead. The Minister explained that they have identified 124 such areas and that applications for self-employment licenses can be made in all fields other than these.

While it is described in Western media as “Cuba opening up to capitalism” but rather than a radical transformation, this regulatory change is just designed to simplify things. The state had previously established specific norms, including production and income targets, for each of the 127 approved areas of self-employment. Minister Feitó stated that this “homogenization” approach created difficulties in real-life, so they are now taking the opposite approach. According to the Minister, people wanting a self-employment license will present their proposal and set their own goals, and the Ministry will decide the appropriateness of each of these projects on that basis. This approach will help to develop export-oriented sectors – such as technical expertise, architecture, programming and graphic design – which have been increasing in Cuba in recent years and which the state wants to support.

About 600 thousand people work in licensed self-employment in Cuba, which is 13 percent of total employment. The US blockade and the pandemic have heavily hit activities that depend on street activity (such as cafes) and tourism. With the economic reforms, many people are choosing to work in the state sector instead.

But the Cuban government emphasizes that the state must act deliberately to increase employment, economic production and efficiency. Expanding self-employment is part of this. The government has identified work in state employment as key to powering production, especially food production, and avoiding unnecessary employment. As a result, self-employment has not collapsed despite having been hit hard by the epidemic and blockade in the last year.

While this was achieved in some areas, price increases in certain items were higher than projected. Díaz-Canel said there were problems with some heads of state institutions and companies taking steps that were out of step with the spirit of reforms. He noted that the government will be taking swift steps to prevent this.

[Translated from Turkish by Peoples Voice staff. The People’s Voice was the first to publish the article in English] 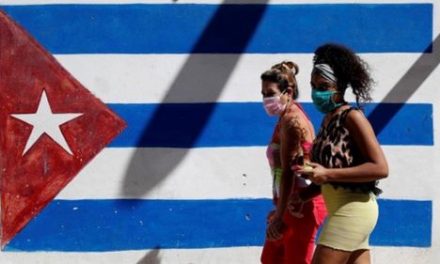