New Allegations of Chemical Weapons Use in Syria Are Based on US Political Motives, not Facts

The United States is once again, without evidence, accusing Syrian forces of using chemical weapons.

A senior White House official spoke of Âstrong indicationsÂ of Âa chemical weapons attackÂclearly by the (Syrian) government,Â but added Âwe need to do our due diligence and get all the facts.Â [1] In other words, we havenÂt got the facts, but that wonÂt stand in the way of our making the accusation.

The New York Times called the accusation into question with this headline: Images of Death in Syria, but No Proof of Chemical Attack. [2]

The newspaper went on to say that according to experts, videos of the attackÂs aftermath Âdid not prove the use of chemical weapons.Â It added that, "Gwyn Winfield, editor of CBRNe World, a journal that covers unconventional weapons, said that the medics would most likely have been sickened by exposure to so many people dosed with chemical weaponsÂa phenomenon not seen in the videos." [3]

The Syrian military vehemently denies that it used chemical weapons. That, of course, doesnÂt prove its innocence. The Syrians could be trying to cover up to avoid a backlash. But if theyÂre concerned about a backlash, why use the weapons at all?

It makes no sense to use gas, a weapon of mass destruction, to kill only as many people as can be killed readily with conventional weapons [4], while handing the United States, France and BritainÂcountries with histories of finding excuses to topple economically nationalist governmentsÂa pretext to step up their intervention in SyriaÂs internal affairs.

The White House set the standard earlier this year for hurling baseless accusations in connection with Syria when it announced that it had concluded that the Syrian government had used chemical weapons, but admitted it had no proof.

On June 13, Deputy US National Security Advisor for Strategic Communications Ben Rhodes announced that: ÂFollowing a deliberative review, our intelligence community assesses that the Assad regime has used chemical weapons, including the nerve agent sarin, on a small scale against the opposition multiple times in the last year.Â [6]

Further down in the statement Rhodes admitted that the evidence the United States had collected Âdoes not tell us how or where the individuals were exposed or who was responsible for the dissemination (emphasis added).Â [7]

Contrast the rush to find Damascus guilty on the basis of no evidence with the White HouseÂs ridiculous refusal to conclude that the Egyptian military carried out a coup dÂetat, despite overwhelming and conspicuous evidence it did. For Washington, it seems, facts are facts, and conclusions are conclusions, but they exist in separate, unconnected, worlds.

So why is the United States baselessly accusing the Syrian military of using chemical weapons? For the same reason it calls the Syrian government the Assad regime. Both serve to create a demon. And creating demons, as Michael Parenti has pointed out, gives you license to intervene. (8)

In a letter to a US Congressman, the United StatesÂ top military officer, General Martin Dempsey, acknowledged that the war in Syria is fuelled by Âunderlying and historic ethnic, religious and tribal issuesÂÂa substantially different, and more realistic, take on the war than the simple-minded pro-democracy-rebels-fighting- against-dictatorship twaddle favored by the manufacturers of public opinion.

Dempsey went on to say that the Pentagon could intervene in Syria to tip the balance in the war, but that there are no opposition groups Âready to promote their interests and ours.Â [9]

Since itÂs absurd to say that there are no opposition groups ready to promote their own interests (what group doesnÂt promote its own interests as its members understand them?) it can only be concluded that what Dempsey really meant was that there are no groups that see their interests as consonant with those of the United States, and until Washington can create such a group and the group has broad public support, the Pentagon will wait to intervene more forcefully.

Until then, we can expect that Washington will continue to demonize the Syrian government and its leaderÂeven if it has to draw conclusions from thin air to do so.

Two days after a possible chemical weapons attack in Syria we know that:

All the same, the absence of evidence hasnÂt stopped the Pentagon Âfrom updating target lists for possible airstrikes on a range of Syrian government and military installationsÂ; [5] hasnÂt stopped Britain and France from accusing the Syrian government of carrying out an atrocity; and hasnÂt diminished the enthusiasm of newspaper editors for declaring Assad guilty beyond a shadow of a doubt.

In a editorial, The Guardian avers that the Syrian military Âis the only combatant with the capability to use chemical weapons on this scale.Â Yet The Wall Street JournalÂs Margaret Coker and Christopher Rhoads report that ÂIslamist rebel brigades have several times been reported to have gained control of stockpiles of chemicals, including sarin.Â [7]

That might account for why the White House admitted two months ago that while it believed chemical weapons had been used in Syria, it has no evidence to indicate Âwho was responsible for (their) dissemination.Â [8]

And given that the US president claimed chemical weapons use by the Syrian military would be a red line, the rebels have a motivation to stage a sarin attack and blame it on government forces to bring the United States into the conflict more forcefully on their side.

For the Syrian government, however, the calculus is entirely different. Using chemical weapons would simply hand the United States a pretext to more muscularly intervene in SyriaÂs internal affairs. Since this is decidedly against DamascusÂs interests, we should be skeptical of any claim that the Syrian government is defying ObamaÂs red line.

Another reason for skepticism: Why use chemical weapons to produce the limited number of casualties that have been attributed to chemical agents use in Syria, when conventional weapons can just as easily produce casualties of the same magnitudeÂwithout proffering an excuse to Western countries to launch air strikes?

Last month, the New York TimesÂ Rick Gladstone reported on a study which Âfound evidence of crudely manufactured sarin, a nerve agent, delivered via an unguided projectile with a crude explosive charge Â not the sort of munitions stockpiled by the Syrian military.Â [9]

So, no, the Syrian military is not the only combatant capable of using chemical weapons in Syria. But unlike the rebels, it has no motive to do so, and compelling reasons not to.

ThatÂs not to say that chemical weapons were used, rebel forces used them, and the Syrian military did not. The evidence is murky.

But thatÂs the point. The rush to blame the Syrian military, and to update target lists for possible airstrikes, on the basis of no evidence, smacks of political motivation.

Clearly, the United States, France and Britain want public opinion on their side for stepped up intervention in Syria. TheyÂve decided to declare Assad and the Syrian military guilty of using a weapon of mass destruction.

But the conviction of guilt, as is evident through the statements of politicians and reporting of newspapers, rests on no sound evidentiary basis Â indeed, on no evidence at all. 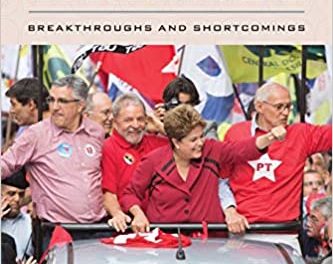