While in recent weeks the international media outlets have been extensively covering the multilateral negotiations of the theocratic regime of Iran with the European countries and the United States, Reuters News Agency published a special report on the amassing of the extensive fortune of the Supreme Leader of the so-called world’s “exemplary system’s” in the recent years. The report is published at the very same time that even based on the official statistics of the Iranian regime tens of millions of Iranians are facing deprivation, poverty and back-breaking economic duress under very difficult socio-economic conditions.

According to the aforementioned report, the “Office for Executing Imam’s Decree”, which is run under the direct control of Ali Khamenei and has been exempt from any public or legal audit of the parliament as decided by his installed parliament, has been transformed into a huge economic behemoth with more than $95 Billion in assets and capital which projects a decisive weight and influence on all sectors of Iran’s economy.

This parasitic institution which should be considered a part of the monopoly capitalist mafia ruling the country is run by the godfather of the grand mafia of Iran’s capitalism, i.e. the regime’s Supreme Leader, and his cohorts, and a major portion of its investments is tied  to the financial cartels and monopolies as well as the multinational corporations of global capitalism. Publication of this report at a time when Khamenei is speaking of “heroic flexibility” with imperialism, demystifies the aims and objective contexts of the current policies taken by the regime.

One cannot but find mind-boggling the scale of the changes in regime’s foreign policy vis-à-vis the United States and the West in the 100 days since the new administration of Hassan Rouhani, the new president, took office.  The heads of a regime that, up until the early spring, were claiming to be the leaders of the fight of the “oppressed people” against the “Great Satan”, now can’t wait to sign an agreement with U.S. to remove the sanctions, and would not stop short of any compromise.  Political circles advocating strategic relations with U.S. among the policy making sphere in Leader’s office, are devising, with an unprecedented self confidence, the map of the political developments in Iran towards playing a new role in the political developments of the middle east; at the same time, the heads of the Western countries are seeking the total submission of the representatives of the theocratic regime for their key demands through careful calculations and planning.

Interestingly, these demands are beyond the nuclear issue, access to the Iranian nuclear facilities, confidence building and “the percentage of Uranium enrichment” in Iran.  According to the news agencies quoting informed sources in Iran, the future of developments in Afghanistan following the exit of U.S. active forces from that country, and the shift in the position of the Islamic Republic government in the course of the developments in Syria and the important “Geneva 2” conference are also among the issues on the table for discussion.

There are reports indicating that in the past weeks and while all eyes were focused on the progress of discussions with the “P5 + 1” in Geneva, the Algerian veteran diplomat, Lakhdar Brahimi, apparently as the United Nations and the “Arab League” special envoy but actually as an envoy of the United States, has held talks in Tehran with the regime leaders on Syria. According to “Al Monitor” reporter, Brahimi in his trip to Iran on October 26 and his meetings with Rouhani, the president, Ali Shamkhani, the secretary of the Supreme National Security Council and Mohammad Javad Zarif, the Foreign Minister, has tried to convince the regime to put pressure on “Bashar Assad”, President of Syria, to agree to the U.S. proposed plan about the composition of the transitional government to be discussed in “Geneva 2 Conference”.  It is said that Brahimi has been delivering an official message from the U.S. government to President Rouhani.

The progressive forces in Lebanon and Syria have also raised concerns in the past weeks about the indications of a shift in strategic policy of Iran towards the complicated situation in Syria.  Putting this piece of news next to the reports of the three meetings held between high officials of Iran, U.S. and Afghanistan as well as top representatives from Taliban in the past three years, past June being the last of them, in which Iran’s role in the future developments of its Eastern neighbour has been discussed, then the broad dimensions of the regime’s negotiations with the imperialist countries become clearer.

The major question here is whether these diplomatic maneuvers are over granting a predetermined role for the Islamic Republic regime – a regime ruling a country of 75 million population with vast and rich human and natural resources in a strategic geopolitical region at the juncture of Asia, Europe and Africa continents- in forming the “New Middle East Plan” in coordination with U.S.?

What ramification would the implementation of such plans have on the political independence of the country, plans which are mostly drawn up in absolute secrecy, without the knowledge and approval of the people?  Why are the mouthpieces of neoliberalism in Iran, the likes of Mr. Sadegh Zibakalam and Mr. Moussa Ghaninejad silent about this process which could lead to the violation of the national sovereignty?

It is clear that the regime negotiators, who have undoubtedly an accurate assessment of the dire and critical economic, social and political situation in the country, will attempt to clutch at a straw in these talks to save the regime from drowning in this grave peril.  Based on the published reports, national interests and the economic independence and subsequently the political interests of the country have not at all been deciding factor in the position taken by the Iranian delegation in the negotiations. The Tudeh Party of Iran has always believed that in view of the theocratic regime of Iran, and all its major factions, there is only one holy rule and that is the rule of survival of the regime at any cost.

It has been a little less than six months since certain analysts were finding the military invasion of U.S. or Israel against Iran to be likely. Today, there are talks about Iran becoming a major decisive player in the developments of the Middle East in the near future, if everything goes forward without any unforeseen difficulties. This strategic change of circumstances is so serious that has led to Israel and Saudi Arabia worry that they would be the losers and left behind. It is said that the cunning issues shamelessly raised by France to delay the signing of the agreement between the foreign ministers of Iran, U.S. and EU counties in the last stage of the talks has been on behalf of Saudi Arabia and Israel.

We believe that the democratic and progressive forces have to pay attention to all the dimensions of the moves by Mr. Rouhani’s administration and the regime representatives, and resolutely and consciously take their stance about the precautions of those moves for the immediate interests of the working people and the main orientation of the economy in the country. In this regard, the strategic talks between the Islamic Republic government and IMF have special significance.

According to IMF sources, a special delegation of this global institution of capitalism has paid a visit to Iran between October 30 and November 8 to study the economic developments in the country.  The officials of IMF have declared that the said delegation has met and held discussions with high officials in the government, the Central Bank and a wide spectrum of representatives of financial institutions and trade circles.

According to an IMF official, these discussions, along with the need to curb the high rate of inflation and bringing back economic growth to the country, also indicate the readiness of the Iranian government to tackle the major challenges of economic structure and policies of the country based on the expectations and guidelines of this institution of global capitalism. According to the IMF statement, Iranian officials have agreed on November 11 that the coming visit of the special delegation of IMF to Iran should be an opportunity for analyzing the policies and setting the priorities for the economic reforms by the new administration (in accordance to article IV Consultation).

The progressive political forces in Iran cannot be indifferent to the process of the current important negotiations, or like certain dubious and whimsical circles which also carry a “left” label along become the cheerleaders and admirers of the regime and the outcome of its engineered presidential elections.  As far as Tudeh Party of Iran and the working people of the country are concerned, we welcome any positive and real changes in the direction of the foreign policy of the Iranian regime which could reduce the tension in the region and especially related to Iran. We have repeatedly and emphatically criticized the irresponsible and insensible policies of the regime heads and the previous administration of Mahmoud Ahmadinejad and have been of the opinion that these policies not only have endangered the security of Iran but also have resulted in immense economic sanctions.

Tudeh Party of Iran has openly declared its support for any policy that its objective is a real detente in the region and lifting of economic sanctions the heavy burden of which is first and foremost on the shoulder of the working people of the country. For years our party has called for an end to the propaganda rhetoric and, instead, holding talks and finding solutions to all the disputed issues on the basis of the United Nations Charter and the international law.

At the same time, however, we demand that any talk, action and normalization of the relations between Iran and U.S. to be transparent as well as safeguarding the vital interests of the Iranian people, and under no circumstances achieved at the expense of the independence and national sovereignty of Iran. Tudeh Party of Iran shall oppose any policy that would make Iran a submissive lackey but active factor in the policy making apparatus of imperialist powers in the region. With its anti-national and anti- people functioning, and pursuing an incompetent, distorted and provocative diplomacy, the theocratic regime has put Iran in a weak political and economic position. The U.S. and its allies should not be allowed to take advantage of this opportunity to advance the imperialist plan of the “New Middle East” plan. 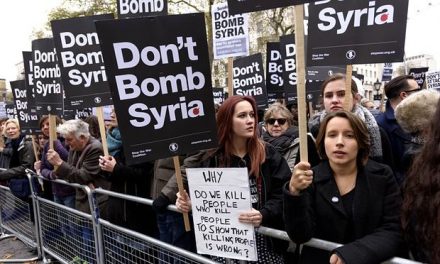 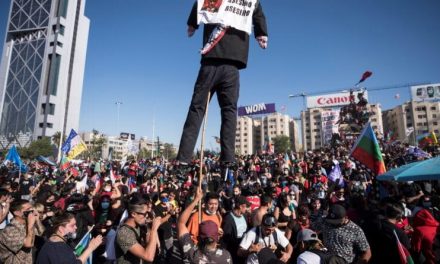