The Democrats Fight Trump the Man, But Not His Austerity and Militarism

At the end of last month, Donald Trump unveiled his military budget, obscenely inflated by $54 billion dollars — a 10 percent increase that will be paid for with cuts to social programs.

There was no organized denunciation from the Democrats, and a few days later, when former Kentucky Governor Steve Beshear gave the Democratic Party response to Trump’s speech before the Congress, he had not a word of criticism for Trump’s military budget, but instead charged that the president was “ignoring serious threats to our national security from Russia.”

It is the great diversion, by which the Democrats pretend to lead a resistance to Trumpism, but present no serious opposition to Trump and his fellow Republicans’ gutting of poor and working people’s programs in the service of militarism.

The Democrats are putting up no real fight against Trump’s domestic austerity agenda. Like Barack Obama, they would welcome a Grand Bargain with the Republicans that freezes or shrinks the social side of the budget while continuing to fund multiple wars all over the planet.

Indeed, their principal problem with Trump was that he wasn’t bellicose enough; they feared that he might not be eager to play nuclear chicken with the Russians. They are implacable in their battle with Trump, the man, but put up only the most pro forma resistance to Trump’s people-crushing budget proposals.Do not expect the Democrats to wage an honest fight for the people’s health care interests, either.

The Republican plan to replace Obamacare is, as expected, an unmitigated disaster. While Obamacare was festering in its own contradictions, the Republican replacement will likely result in 10 million more uninsured Americans and total chaos at every level of health care infrastructure, resulting in an almost instantaneous social and medical crisis — and not just for poor people.

The Democrats cynically see the impending disaster as an opportunity to position themselves for the 2018 and 2020 elections. Although Obamacare is dead, and cannot be resurrected, they will make a show of defending its various parts, one doomed element at a time, even as the private insurance markets that are available to lower income people disintegrate.

The Democrats will be glad to let the crisis fester under Republican corruption and incompetence, and then, as the next election season opens, propose some reworked version of Obamacare, probably with weak provisions for a “public option.”

What they will not do, as a party, is respond to the crisis with a push for single payer Medicare for All — a solution the party’s corporate masters will not tolerate. Bernie Sanders, himself, has said he has no plans to submit his own Medicare for All bill to the Senate, this year — part of his accommodation with the Obama-Clinton party bosses.

But, that’s fine; the demand should come from masses of people in the streets, representing the super-majorities that have favored single payer for decades. This is a movement moment, and progressive activists must seize the time. The Democrats, however, anticipated that the Left might take the initiative at this critical point in history.

Which is why they created the Great Russian Diversion, to distract silly minds. 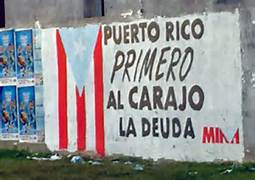 Reflections on the Democratic Party, Working-class Awakening, and Identity Politics