Big losers in the November 8 US federal elections were the commentators, the media, the electoral consultants, the pollsters, and the two major political parties. With Donald Trump winning the presidential election, the multi-billion dollar election-industry failed to produce the desired and expected results that most of the rich and powerful had financed.

Trump won in spite of the decided, but not decisive advantages enjoyed by his opponent: enormous corporate campaign contributions, an aggressively pro-Clinton media, a polished Clinton campaign machine, the support of a reasonably popular incumbent President, and favorable party demographics.

The Democrats lost because they misread the issues that mattered to the electorate. By nearly double the number of the next most popular trait, voters sought a candidate who “can bring needed change”. Clinton offered experience and continuity instead.

Nearly three-fourths (70%) of the electorate were “dissatisfied” or “angry” with how the government was working. Clinton was identified closely with the upper echelons of aloof federal government for over two decades. Indeed, no public figure was more closely associated with distant government than Hillary Clinton.

Voters (62%) thought the economy was “not so good” or “poor”. Clinton hailed the “recovery” after the 2007-8 collapse, citing misleading employment figures that masked the loss of good paying jobs, benefits, and homes — the pain and insecurity of working people.

Ironically, the Democratic Party very likely would have addressed these issues with some success by the candidacy of Bernie Sanders, Clinton’s primary opponent. But elites in the corporately owned Democratic Party covertly blocked an insurgent, modestly social democratic victory that could have paved the way to the Presidency.

Trump shrewdly exploited voter dissatisfaction, pain, and anger. He made wild, often contradictory promises targeting constituencies ignored or demeaned by elites and the media. He stoked the ugly sentiments of xenophobia and racism, while taunting, to great effect, powerful and self-satisfied leaders of the Republican Party.

Trump used his histrionics and outrageousness to draw free media attention and separate himself from the vapid conformity of mainstream politicians. His approach mimicked the equally demagogic buffoonery of the former Italian Prime Minister, Silvio Berlusconi. Politics as entertainment.

Monopoly capital, while voting with its cash for Hillary Clinton, will quickly repair its relations with Donald Trump. Global equity markets were initially roiled with news of the Trump victory, but quickly settled and rebounded smartly in the aftermath. Trump, like Clinton, will ultimately serve the interests of the corporations. They are confident that Trump will be no class maverick.

For the people, this election marks a further deterioration, a deepening crisis, of the US two-party system. The distance between the interests of the masses and the actions of elected public officials are, today, virtually unbridgeable. The working class loses again, as it would have should the Democratic Party candidate have won. 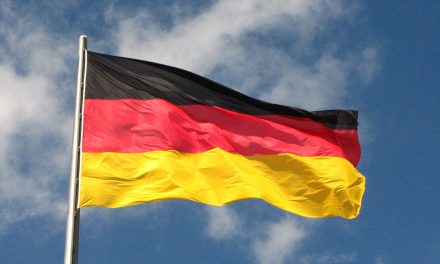