Draghi is former vice chairman and managing director of Goldman Sachs International, and now is joint unelected governor of Ireland.

The reality is of course totally different. The day-to-day running of Ireland’s Government is now effectually carried out by the EU Commission and Draghi’s ECB, with the support of the Internal Monetary Fund (IMF). Portugal and Greece are in a similar situation. The EU now makes well over half the laws for its member-states.

The result? Their parliaments and citizens no longer make most of the laws that they must obey, and their national democracy and national independence are left as nothing more than an empty shell. For the most part, EU laws are made by the Council of Ministers in Brussels. This consists of a government minister from each member-state but with the ministers from the bigger states having several times more votes than the others.

The Lisbon Treaty dictates that, from 2014 onwards, lawmaking in the EU will be on a straight population basis, just as in a state, leaving Ireland with less than 1 per cent weight in making EU laws.

The Council of Ministers is an elite committee of twenty-seven legislators, making laws for some 500 million people. Each shift of powers from the national to the EU level means a further concentration of power in the hands of that elite and, at the national level, a big increase in the personal power of ministersÂat the expense of their own parliaments and peoples.

For example, the "European Stability Mechanism" (ESM) will bind Ireland to a system of permanent rules and obligations, such as having to commit more than Â11 billion in shares for the new institution. Part of this must be paid within 24 months, in five equal instalments.

To put these sums in context, the Government recently announced a "growth stimulus" programme, amounting to Â2 billion over seven years. Broken down, this amounts to Â320 million a year. Under the ESM set-up we will be obliged to fork out Â250 million to the ESM loan fund immediately, then a further Â250 million in October, followed by Â500 million next yearÂÂ1.3 billion cash down to this fund altogether.

The ESM is designed to borrow huge sums of money that can be used to recapitalise banks in the euro zone, all of which is to be done at the risk of its member states. That commitment on Ireland’s part can be increased at will by the governors of the ESM.Â  And the Irish governor? The minister for finance, Michael Noonan.

A High Court judge, Gerard Hogan, a practising barrister, a recognised expert on the Constitution of Ireland, and editor ofÂ  the principal legal textbook on the subject, looked at some claims made by the Irish state in the case taken by the Sinn Fein spokesperson on finance, Pearse Doherty, against the Referendum Commission.

This reflects the creeping coup that is EU integration. According to the theory, at the national level ministers must have the approval of their national parliaments and, implicitly, their citizens if they want to get something done.

The European Council had agreed in March 2011 to make a hugely important change to the EU treaties by using the so-called simplified revision procedure introduced by the Lisbon Treaty. This procedure bypasses democratic checks and balances that apply to the ordinary treaty revision process and allows heads of government to make far-reaching changes that have profound and fundamental constitutional implications, both at the national constitutional level and the EU level.

Judge Hogan summed up the Government’s argument as "the Government could agree to a Treaty amendment using the simplified revision procedure, leaving no role at all for even parliamentary ratification."

EU integration progressively robs small countries of their sovereignty and turns them into fiefdoms within a supranational EU federation whose essential policies are decided by its big member-states to serve their interests. Judge Hogan was describing the latest aspirations of the local agents of this process.

It should be a warning to us all.

Anti-Communism in Europe ? The Revival of A Spectre 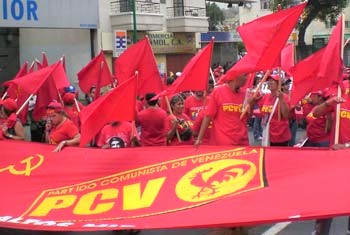