Eugene Debs, Colonel Steele, and the Nature of Capitalism

A famous picture from 1912 shows socialist leader Eugene Debs leaning forward and speaking out to a crowd in Chicago.

If a picture can show a call to action, this one is it.Â  It conveys the message that action, once begun, admits of no delay, no deviation, and goes to the end. Debs was suggesting exactly that when, in the socialist newspaper Appeal to Reason, he asked ÂWho shall be the John Brown of Wage-Slavery?Â

Abolitionist John Brown was hanged on December 2, 1959 for trying to start a slave rebellion. That helped make the war inevitable that freed the slaves. Eugene Debs himself went to jail for telling supporters to reject a world war serving European imperialists.

Abuse and criminal behavior were on the agenda in both instances, and they are again. Ten years after the U.S. government invaded Iraq, we still wait for full acknowledgement, really for punishment, of torturers and abusers serving U.S. war makers. These crimes returning to the news now evoke DebsÂ legacy. After hostilities broke out in Europe in August, 1914, DebsÂ opposition to capitalistsÂ war was his first priority. DebsÂ role as a socialist leader seemingly is forgotten.

Following his lead now wouldnÂt be difficult. On March 12, United Nations Special Rapporteur Ben Emmerson, speaking before the U.N. Human Rights Council, criticized the Obama administration for not making an effort to punish CIA operatives who committed crimes during the George W. Bush presidency. Â[M]any of the facts remain classified, and no public official has so far been brought to justice in the United States," he said.

"There is now credible evidence to show that CIA ‘black sites’ were located on the territory of Lithuania, Morocco, Poland, Romania and Thailand, and that the officials of at least 49 other States allowed their airspace or airports to be used for rendition flights," Emmerson related. He condemned the U. S. so-called war on terrorism for "gross or systematic" violations. The present U.S. government, he claims, uses a "superior orders defenseÂ and is "perpetuating impunity for the public officials implicated in these crimes".

The United States and its allies are waging worldwide war, with no end in sight, to protect capitalism in crisis. Success is not assured; leaving no stone unturned, they resort to criminal behavior. To tell that story one needs a convincing example. That would be retired U.S. Army Col. James Steele.

Counter-insurgency expert Steele in the 1980Âs practiced murder, torture and Âdirty warÂ in El Salvador, Honduras, and Panama.Â  He trained death squads in El Salvador and was visited there by his future boss in Iraq, then Major David Petraeus. Later he arranged for air transfer of illegally obtained arms to the Contras, who were anti-Sandinista U.S. proxy warriors in Nicaragua. After the U.S. invasion of Panama in 1989 when 3000 Panamanians died, Steele was selected by Defense Secretary Dick Cheney to set up a new police force there and served as liaison between the U.S. military and the new government.

Then came 2004 and a Sunni rebellion in Iraq. According to a recent UK Guardian report, Steele was ÂU. S. defense secretary Donald Rumsfeld’s personal envoy to Iraq’s Special Police Commandos: a fearsome paramilitary force that ran a secret network of detention centers across the country Â where those suspected of rebelling against the US-led invasion were tortured for information.ÂÂ  Steele as a civilian contractor worked under Petraeus, now an Army general, who Âbegan pouring money from a multimillion dollar fund into what would become the Special Police Commandos … [T]he commandos set up a network of secret detention centers where insurgents could be brought and information extracted from them (…) The most brutal methods were used.Â

SteeleÂs role was Âpivotal,Â says the Guardian, whose investigation began on coming across classified U.S. military documents released on the internet that made reference to ÂU.S. soldiers ordered to ignore torture.Â Steele, it seems, was present when prisoners were bloodied, beaten, and hung upside down.

Former Iraqi General Muntadher al Samari, interviewed for the article, tells how, "We were having lunch, Col. Steele, Col. Coffman, and the door opened and Captain Jabr was there torturing a prisoner. He [the victim] was hanging upside down and Steele got up and just closed the door.Â Muntadher said ÂSteele and Coffman had access to all these prisons,Â one of which he visited with Steele. ÂThe things that went on there,Â he exclaimed: Âdrilling, murder, torture. The ugliest sort of torture I’ve ever seen."

A former U.S. soldier was interviewed. "It was like the Nazis,Â he said, ÂThey [the commandos] would essentially torture anybody that they had good reason to suspect, knew something, or was part of the insurgency.Â  Steele once asked former New York Times reporter Peter Maass to observe an interrogation. As Maass tells the Guardian, "And while this interview was going on with this Saudi with Jim Steele also in the room, there were these terrible screams, somebody shouting Allah Allah Allah. But it wasn’t kind of religious ecstasy or something like that; these were screams of pain and terror."

The U.S. government barely acknowledges and, in effect, condones atrocities like these carried out under SteeleÂs direction and by the CIA. Left Â liberal critics have denounced them in scatter-shot fashion before moving on to other issues. Far too many seem content to let these horror stories recede into neglected recesses of history.

The other way would be to think about the setting for atrocities and the function they serve, that is to say, thinking through to the end, like Debs.Â  One would understand that those at the top see torture as maybe not nice but necessary as one useful modality in shoring up the capitalist framework they are responsible for and that looks precarious now.Â  The essentials needed for economic growth are by no means assured. And growth is crucial for accumulation. Questions weigh heavily as to future energy sources; markets; natural resources; water; a cheap, obedient workforce; and food for urban dwellers.

Military domination is the tool currently used for guaranteeing access to whatÂs needed. That requires enemies who are weak and verging on dependency. It helps to divide them and put them at war with each other. ThatÂs the cue for none-too-respectable characters like Steele to come on stage. They are good at fostering the necessary climate of fear, desperation, and chaos.

In the end, therefore, torture and renditions fill a niche in the huge effort directed at military superiority, the basis for U.S. domination of the world capitalist system. A latter-day Eugene Debs as socialist leader would, weÂd like to think, run this line of thinking on to its conclusion.Â  In that way he or she would make it clear that capitalism, buoyed up for a while by defenders who stop at nothing, is the real enemy. Torturers and their abettors turn out to be incidental.

Comparative reflection brings up 20th century fascists. They too were thugs, not nice people, hired on to beat down Bolsheviks who at the time were making European rulers very nervous.

U. S. leftÂleaning political parties are tiny compared with the mass party led by Debs who, running for president in 1912, took 6 percent of the vote. Sadly, they have no great hold on younger activists. Maybe worried young people would become socialists if leaders in the Debs mold were around, ready and able to talk about capitalism and why its economic structure is fragile and why U.S. deciders resort to nasty measures.

Once convinced of the joyless nature of capitalism, and inspired through prophet-like tones to believe that an alternative to pillage does exist, recruits would be primed to fight for rights and dignity for all. 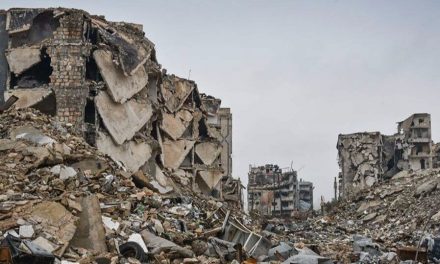 Syria and the Struggle against the International Despotism of Wall Street