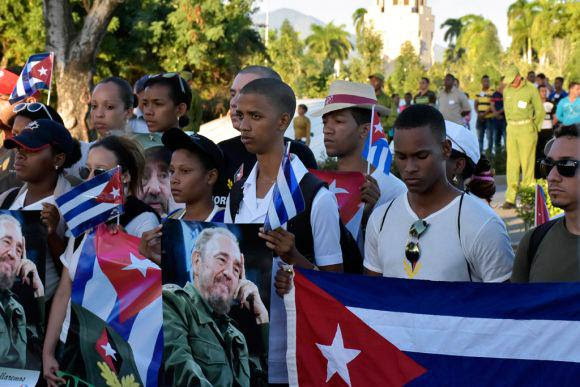 Fidel Castro died on November 25, 2016, in the evening. As a young lawyer he led the revolutionary insurgency that was instrumental in ridding Cuba in 1959 of the dictator Batista, whom the United States supported. When he died 57 years later at age 90, he was still the Revolution’s “Comandante” (Commander). He had resigned as president 10 years earlier.

Fidel Castro, the emblematic single person who moved history forward, was no lone wolf.  In precipitating Cuba’s revolution, his July 26 movement acted in concert with masses of Cuban students and working people.  Fidel Castro himself was part of a long Cuban tradition.

He was heir to the revolutionary movement led by Jose Marti that espoused ethics, fulfillment of human potential, and social justice. In furtherance of these ideals, Castro and the Cuba he led stood up for and defended Cuban independence.

Fidel Castro, as teacher and exemplar, exerted a pull not only on Cubans sharing his cause, but also, and spectacularly, on masses of regular people and social and political activists throughout Latin America and the Caribbean. Teaching and serving, Cuban followers of Fidel Castro created a model of solidarity with peoples of the world.

There’s no greater tribute to Fidel Castro as agent of change than the dedication and apparent devotion extended to him by a new generation of Latin American leaders, notably Evo Morales, Rafael Correa, Lula da Silva, and especially Hugo Chavez.

Cuba’s revolutionary government under Fidel Castro’s leadership had to cope with contradictions, and it did so pragmatically. For example, in his plea to his judges in 1953 – published as “History will absolve me” – he expressed admiration for the ideals of liberal democracy. It turned out, however, that the powerful few weren’t about to share their wealth “for the good of all” (Marti’s words), or for any other reason. With conflict looming, Cuba’s revolution became a socialist one and the old guard moved aside.

Cuban socialism had its differences with the Soviet variety. But Cuba, responding to the military threat posed by the United States, turned to the USSR. Socialist Cuba had to make accommodations with capitalist methods in order to survive economic collapse following the fall of the Soviet Bloc and tightening of the U.S. economic blockade. Under Fidel Castro, the revolution overcame.

The present writer, on listening to Fidel Castro speak before large audiences, discovered the teacher Fidel Castro. He leaned forward and in persuasion mode – as if speaking to government ministers or just plain people – provided facts, data, and historical background.  As befits a teacher, he seemed to be respecting his listeners.

Observers recalled that, when need be, he communicated bad news, and exhaustively. And so, reportedly, a large measure of trust prevailed; people believed Fidel Castro. They did in 2001 when speaking of the Cuban Five political prisoners in U. S. jails, he said, “They will return.”  And the last three of them returned on December 17, 2014.

People in Latin America say “Presente!” when someone whom they admire dies. That word, when sounded publically and in unison in the United States, used to roll off the tongue without much thinking. Now, the word takes on meaning.

Fidel Castro spoke of peace and justice in “Our America” – that part of America south of the Rio Grande – and so he is present in Colombia where there’s still war, just as he was present there in 1948.  He spoke for a Cuba where children, so it’s said, are the privileged class and he is present where they are suffering now. Lastly, he had it arranged for Cuba to send doctors to a New Orleans flooded under Hurricane Katrina. That didn’t happen but Fidel Castro is surely present even in the United States wherever people are disrespected and abused. 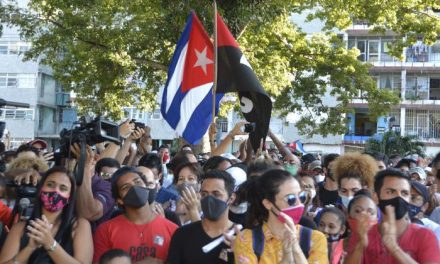 Tribute to John Lennon & the Sixties