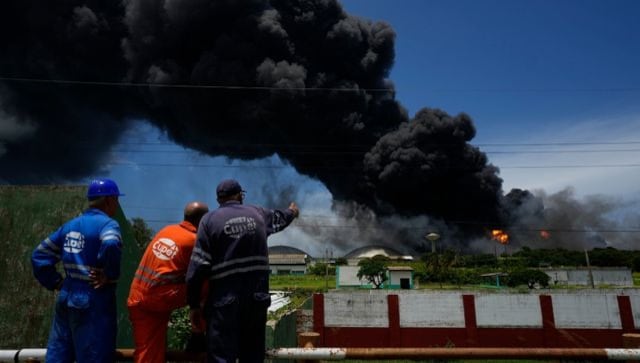 By Gustavo A. Maranges

Today, after several days, I checked what the mainstream media has reported on the accident at Matanzas supertanker base. I was not surprised at all by what I found. I say this because many of us are used to reading articles driven by sensationalism and not by any credible principles of journalism when reporting on Cuba.

This has been a tragic accident with incalculable consequences for Cubans. Meanwhile, for the foreign public, it has been reduced to spectacular photos showing huge flames accompanied by a column of black smoke that overshadows two of the country’s main cities.

Like in a Roman circus, the agencies are focusing on the combat between two very unequal gladiators, the firefighters and the all-consuming fire, as if suggesting in advance who will win. Once again, they decided to tell grief and catastrophe stories to sell the news, while sacrificing the best thing: the stories of courage of those who have been working now for 4 days in a row.

For many foreign people, the hashtag #FuerzaMatanzas will be remembered with the images of a terrible accident that claimed the lives of several people and a strategic facility for the economy of a small Caribbean island. However, the story is quite different for those who live in Cuba, especially the people of Matanzas.

For us, it is much more than an accident. Watching 4 tanks endlessly burning has brought tears to the eyes of thousands, but it has also made the hearts of many, like mine, swell with pride. Witnessing firefighters’ tireless efforts to defeat a much stronger opponent, their frustrations, their joys, and their suffering because of 14 missing colleagues makes me reflect on the human and professional quality of those people I knew little or nothing about before.

Firefighters and rescuers are today the human face of this tragedy, but there is more. Behind them, there are hundreds of people guaranteeing health services, food, and technical maintenance and there are millions of Cubans inside and outside the island willing to help those in need in any possible way. The support being revealed during this difficult time comes from the very base of Cuban society that is rooted in the Revolution.

It is moving to see how people and institutions from nearby provinces have done everything they can to soothe the situation of the people of Matanzas. They have provided food and medicines, while some of them have lost their lives, as in the case of the young fireman from Cienfuegos, who has been identified as the first victim of the accident.

In Matanzas, every single person is consumed with what happening and is aware of whether a tank is safe or the next one is burning. They are all worried about providing gauze, medicine, or just a modest cup of coffee for the ambulance driver who has not been home for two days. For Cubans the concept of family grows in times like these; it grows to the unimaginable, and suddenly names and faces not known before begin to feel closer.

Amid the collective suffering, it is a relief to know that in a single day, over 600 blood donations were made in Cardenas (40 km from the site) alone to contribute to the treatment of the injured. Today, Casa de las Americas (House of the Américas) famous slogan “Mi casa es tu casa” (My house is your house) takes on new meaning as several hostels have offered their rooms to accommodate health workers and logistics personnel who traveled to the city to help. Something similar is happening with private restaurants such as La Campiña and some private bakeries which have offered food for those who work tirelessly to mitigate the consequences of the fire.

Havana watched with astonishment the smog crossing its sky since dawn of the first day. There, people have organized spontaneously to send everything possible. They even made a list of priorities so as to not duplicate efforts. Many of these donations are collected by institutions and, in some cases, are taken to Matanzas by people using their own means.

Beholding these gestures of such humanity, we can only rejoice that amid adversity, Cubans still have that immense love for our neighbors and the willingness to do good, something that definitely has characterized us throughout our history.

Support has come from everywhere. Cubans abroad and friends have collected medical supplies, money, and food to donate. In the US initiatives of Puentes de Amor, The People’s Forum, Pastors for Peace, and Code Pink, just to mention a few, go beyond the material aspect. They remind us that we have never been alone and that the United States is much more than a handful of politicians and individuals hell-bent on bringing more suffering to the Cuban people. Our heartfelt thanks to those who have made the difference and may have at least expressed to us their solidarity.

There have been many support statements from all over the world, both from personalities and governments. But special mention should be made of Venezuelans and Mexicans who sent material aid in planes and ships before it was even asked for. Given the magnitude of the challenge, both countries gave more than pieces of advice and put their people’s bodies to join forces and experience and end the fire. Once again, history has brought us together to write pages of humanism worthy of being recorded in books. Others such as Jamaica, the United Kingdom, and Russia have sent resources.

This is the real story of the tragic accident in Matanzas. It is the story of facing pain, of smiles and tears, of mistakes and successes. This is a story of solidarity, unity, and love, something that Cubans have plenty of, but today, it was our turn to receive.

The story behind #FuerzaMatanzas is the human one and not that of the flames, which came to take away what we built with so much effort. That is the story that will survive in Cuba because we suffered it, we lived through it, because it affected us tremendously, and despite it, we faced the challenge.

After watching how Cubans have responded to this accident, I have no doubt that everything will be done in the shortest possible time. By then, there will be more broken hearts but also heroic stories that reminded us that we are also the land of the brave.

To make donations in the US for Matanzas relief visit:

-Gustavo A Maranges is a Cuban journalist working for Resumen Latinoamericano. 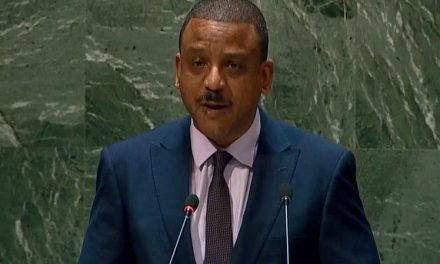 After the UN Vote, Cuba Replies to the US

Any future normalization between Cuba and the USA will probably involve the help of Mexico. The USA has to listen to Mexico’s diplomats, because Mexico seems to become a vital partner for U.S. “reshorering”: Manufacture in Mexico with adequate labor costs and transport quick and uncomplicated by rail into the USA and Canada. There is also the labor reserve of Mexico and Central America for agriculture and construction in the USA and Canada. The obstacle is the “one party system” which Cuba maintains as the only nation in the Western Hemisphere. Although the original archenemy of Latin America, especially Mexico,… Read more »