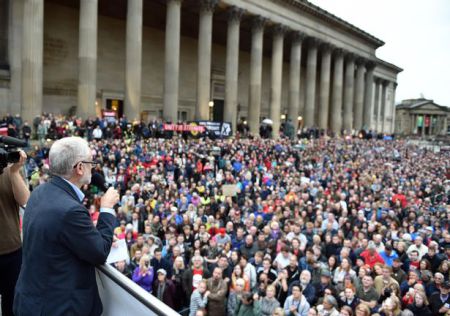 The Communist Party is not entirely surprised by the announcement to hold a General Election on June 8, never having taken Tory leaders at their word and aware that the so-called ‘fixed term’ Parliament Act is bogus.

Theresa May seeks a mandate to pursue a five-year programme of neoliberal policies, including yet more austerity, privatisation, militarism and war in alliance with the USA and NATO. Her section of the Tory leadership – most of whom campaigned in favour of EU membership – want to reach a trade and investment deal with the EU on the basis of most Single European Market rules.

The EU Commission welcomes this approach and has made little secret of its support for the election announcement. Another section of the Tory leadership wants Britain to regain full control over trade, immigration and taxation policies, with no more contributions to the EU budget. A bigger majority at Westminster would allow May’s section to push through its agenda without the support of its most hardline anti-EU dissidents.

It might also strengthen her position, at least in the short run, against the growing opposition to many of her domestic policies such as the reintroduction of grammar schools (and therefore of secondary moderns), the privatisation of the NHS and social housing, deeper cuts in public services and welfare benefits and more tax reductions for the rich and big business. Both sections of the Tory Party support May’s vision of Britain as a low-wage, deregulated, privatised, anti-trade union, offshore tax haven.

Both favour neoliberal economic agreements with the USA, Turkey, Japan and others. That is why it is essential to win a Labour victory on June 8 and open the way for a government led by Jeremy Corbyn to pursue left and progressive policies across a wide range of domestic and international issues. It is precisely because the ruling class fears such a prospect that it does not want to give Labour three years – or even three more months – to rebuild party unity and take its policies directly to the people, not least in Scotland.

New freedoms outside the EU and Single Market rules would allow the Labour leadership to enact its key policies to rebuild Britain’s industrial base, defend and enhance public services, promote regional development, slash or abolish VAT, strengthen our trades unions and end the super-exploitation of migrant labour.

A Labour government is needed that would not bargain away those potential freedoms in trade negotiations with the EU. That’s why the Communist Party urges the working class and peoples of Britain to seize the opportunity on June 8 to throw out the Tories.

No to pessimism and defeatism! Yes to a victory for the labour movement, progress and peace!

This election is a sign of Tory desperation. May’s majority is tiny, she is threatened by a damaging series of court cases that could convict a clutch of her MPs and party functionaries for electoral fraud, Her party remains deeply divided over its strategy to exit the EU with powerful sections seeking to neuter the Brexit vote and maintain the essentials of the relationship that big business and the banks desire. There is little public enthusiasm for the kind of military adventure that could displace economic worries in the electoral calculation.

Tory seats in parts of the country are threatened by a Liberal revival of sorts, There is little to be won in Scotland and her best chance of edging up the Tory vote lies in cannibalising the declining UKIP vote and the bonus that the divisive disloyalty of the Labour right wing has bestowed her. Hence the ‘cut and run’ election. Her blatant hypocrisy and screeching U turn over the election — just days before she was denying the possibility of an early election — is eroding her credibility already.

It is a calculated risk. Labour has everything to fight for. Corbyn’s increasingly impressive array of policies — designed to mobilise sections of Labour’s natural base that has become disconnected by years of Blairite and Brownite neo liberal policies — is beginning to win attention and respect despite the unceasing negative media coverage of his leadership and the duplicitous behaviour of many in the parliamentary Labour party. Some of these must be relieved that the narrow time-frame means they are unlikely to face reselection by their increasingly discontented local parties.

On the downside, elements in Labour’s apparatus – hostile to Corbyn’s team – still operate as a largely unreconstructed Blairite machine, often in thrall to a tactical game plan that relies on finessing opinion poll quackery and media-conditioned positioning rather than clear campaigning and is already talking up a defensive, cautious strategy based on holding a limited number of safer seats. Big mistake. Look across the channel.

Jean-Luc Melenchon has doubled his polling numbers, taken the largest chunk of the youth vote, mobilised millions (aided by the impressive apparatus of the Parti Communiste Francais) and is now eating into the discontented, alienated, angry and dispossessed voters of France’s industrial regions run down by the decades of neo liberal policies that drive the EU.

The parallels between the French electorate and ours are striking. The Front National has made advances in precisely the kind of place where UKIP demagoguery gave them votes in de industrialised parts of Britain. These voters cannot be mobilised by cautious campaigning of the kind that lost Labour the last two elections.

Even though I voted for him in the Euro election I don’t much like J-C Melenchon. His ego is as big as a planet and he is burdened by a history of opportunism and duplicity. He has taken the PCF leadership for the fools they sometimes appear to be when making concessions to their allies and his erratic manoeuvring betrays his trotskyite past. But it is undeniable that he has captured, even stirred, the spirit of revolt.

Labour could learn something here if it trumps the media offensive with the insurgent spirit that has swept Jeremy Corbyn twice to leadership. There is noting to lose and everything to gain. A clear policy lead on the issues that affect millions of working people could break through the cosy consensus that unites right wing Labour, Theresa’s tendency, City and big business, the Lib Dems and the deluded EU fans in the Greens, Plaid and the SNP. Labour’s right has its own game plan based on weakening Corbyn’s leadership, undermininhg the clear commitment to a Brexit based on enhancing workers rights and positioning Starmer as an alternative centre of authority.

There can be no return to the kind of consensus politics that characterised the post war boom period. Capitalism is in a constantly recurring crisis and no one, either among the ruling elites or even among the remnants of social democracy, think that the system can make the kind of concessions that previously bought the working class in the developed capitalist countries into the system. It has never been more true but either the rich must cough up and profits take a hit or they will take it out of us. All of us. Only Greek workers have suffered a bigger drop in real wages that workers in Britain.

Profits or wages is the choice and only a combination of strengthening union power and workers militancy and firm government action by a people’s government can make a difference. We have to face facts. Even with a Labour majority in Parliament, with this current crop of MPs we will need a mass movement of millions to hold them to a progressive policy platform.

So this election cannot be fought on the traditional basis of circulating around an imaginary centre ground, chasing a highly volatile and wafer thin stratum of swing voters. Labour needs to mobilise its natural constituency built around millions of working class voters, many of whom have become detached from Labour and politics generally and unite its loyal core of more class and politically conscious workers with sections of the progressive middle class. We need a Labour and trade union movement geared up for constant pressure on employers and the State.

A Labour movement with sufficient power and authority to command its elected representatives to do its bidding. 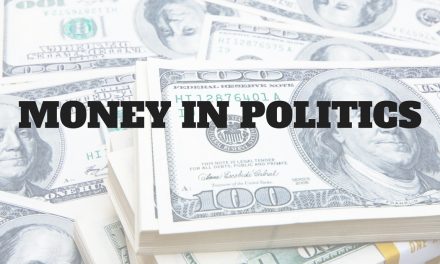