The $1 trillion-plus Iraq and Afghanistan wars were the first US wars since the American Revolution to have been fought without a general tax increase to cover them. Without tax increases to pay for the PentagonÂs ballooning budget, the countryÂs debt as a percentage of GDP has grown. Since a rise in debt relative to income canÂt continue indefinitely without undesirable consequences, politicians are looking for ways to arrest the trend.

ItÂs very likely that the burden of covering the costs of run-away US military spending will fall upon poor and middle-income Americans. High-profile economists like N. Gregory Mankiw are preparing public opinion for eventual rate hikes, concealing the role played by US war spending in driving up the percentage of debt to GDP, and blaming growing entitlement spending on the need to raise taxes.

Harvard economics professor N. Gregory Mankiw, economic policy adviser to George W. Bush and Mitt Romney, and author of a widely used introductory economics textbook, weighed in this Sunday in The New York Times on the growing ratio of US debt to gross domestic product and what to do about it. [1] Forget about raising taxes on the wealthy, counselled Mankiw. Instead, stick it to everyone else.

HereÂs MankiwÂs reasoning:
Â Debt as a proportion of national income is growing Âthanks largely to growth in entitlement spending.Â
Â If debt to GDP continues to grow, investors will eventually refuse to lend at manageable rates, tipping the United States into a Greek-style financial crisis.
Â The crisis canÂt be averted simply by raising taxes on the rich. There just arenÂt enough wealthy taxpayers around to make much of a difference. Nor would tax increases on the wealthy be fair. ÂThe current tax system looks plenty progressive,Â says Mankiw. ÂThe rich are notÂshirking their responsibilities.Â
Â Instead, entitlements need to be scaled back and taxes hiked on the vast majority of Americans.

Mankiw presents this as a corrective to too much wishful thinking on middle-class tax rates. But his argument is more snow job than corrective.

Wasteful Military Spending
The former chairman of the council of economic advisers misses the elephant in the room on federal spending: the military and the wars in Iraq and Afghanistan. According to World Bank figures, from 1999 US military expenditures have steadily increased as a share of national income, rising from 3.0 percent of GDP to 4.7 percent by 2011. [3] New York TimesÂ reporters Thom Shanker and Elisabeth Bumiller reported last year that the US military budget Âhas doubled to $700 billion a year since the terrorist attacks of Sept. 11, 2001.Â [3]

Yes, doubled. If anything is growing, the military is. The PentagonÂs budget is now Âthe highest in absolute and in inflation-adjusted, constant (for any year) dollars since 1946, the year after the Second World War ended. Adding non-Pentagon defense-related spending, the total may exceed $1 trillion.Â [4]

Before anyone says, ÂYes, but defense spending had to increase to deal with the threat of al-Qaeda,Â doubling the military budget doesnÂt stop someone from buying an airline ticket and concealing a bomb in his underwear. Police methods and foreign policy correctives, not stealth bombers and tanks, are needed to deal with terrorist attacks. Besides, whether the spending increase is justified or not, the fact of the matter is that outlays on the military have skyrocketed. That Mankiw fails to mention this is more than a little fishy.

The US defense budget exceeds the combined expenditures of the next 14 highest spendersÂChina, Russia, the UK, France, Japan, Saudi Arabia, India, Germany, Brazil, Italy, South Korea, Australia, Canada and Turkey. All but two of these countries are US allies. [5] China and Russia are not part of a US-led military alliance. But their combined military expenditures are less than one-third of the PentagonÂs budget.

ItÂs difficult to imagine how hard headed deficit hawks arenÂt scolding Washington for its wasteful overspending on defense, unless the professed deficit hawks are using debt as a pretext to argue for cut-backs in programs for poor and middle-income Americans.

The PentagonÂs obesity is largely due to the United States becoming entangledÂno, startingÂtwo completely unnecessary and extremely expensive wars: one on Iraq, based on the lie that Saddam Hussein had weapons of mass destruction, and one on Afghanistan, to topple the Taliban who will likely return to power in a negotiated settlement.

Bumiller reported in 2010 that both wars had Âcost Americans a staggering $1 trillion to date, second only in inflation-adjusted dollars to the $4 trillion price tag for World War II, when the United States put 16 million men and women into uniform and fought on three continents.Â [6] With the war in Afghanistan dragging on at a cost of Âabout $2 billion a weekÂ [7] another $200 billion has come due since Bumiller tallied up the original $1 trillion price tag. Genuine concern about managing US finances would have long ago led to an end to both wars (not just one), if not complete avoidance of either to begin with.

Taxes were not raised to pay for either war. This is the first time since the American Revolution that Washington hasnÂt called upon taxpayers to ante up. [8] The reason Americans havenÂt been asked to shell out for these wars is clear. Neither was likely to galvanize Americans to accept sacrifices. So, the only way to get Americans behind them was to fight the wars in a way that allowed the country to avoid Âbreaking a sweat,Â as historian David Kennedy put it. [9]

Many Americans are willing to acknowledge that the wars should never have been fought, but rationalize them by pointing to the supposed good theyÂve done (the toppling of Saddam Hussein, improved conditions for women in Afghanistan.) But how accepting will they be when theyÂre presented with the bill, as they most assuredly will be? Someone will have to pay eventually. The trick for politicians will be to blame the bill on something else. Entitlements come to mind.

The Flat Tax System
If Mankiw ignores the obvious links among rising military expenditures, absent tax increases, and a climbing debt to GDP ratio, he also ignores property, state, excise, and sales taxes, to argue that the wealthy are already paying their fair share, and that Âthe current tax system looks pretty progressive.Â

In other words, taking into account all the taxes Americans pay and not just the one Mankiw wants to confine the discussion to, the real tax system is essentially flat. The super-wealthy are paying about the same rate as everyone else. And yes, while the poor pay little if anything in federal taxes, they make up for it in state, local and other levies. Which means that were federal income taxes hiked on the bottom 99 percent, as Mankiw urges, the real tax system would go from flat to regressive.

This is clear if we recognize that:
Â The bulk of taxes are paid by the bottom 99 percent (which is why defenders of the current flat tax system, like Mankiw, keep reminding us that hiking taxes on the rich will make little difference to government finances. The heavy lifting is done by poor and middle-income Americans.)
Â A large fraction of tax revenue is used to fund activities the wealthy disproportionately benefit from.

What Do Federal Income Taxes Pay For?
A large part goes to defense contractors, companies like Lockheed-Martin, Boeing, Northrop Grumman, Raytheon and General Dynamics. The top executives and shareholders of these companiesÂin other words, the super-richÂmake off like bandits in regular times, but have benefited even more handsomely ever since post 9/11 military expenditures doubled. Profits of the top five defense contractors Ârose from $2.4 billion in 2002, adjusted for inflation, to $13.4 billion in 2011,Â a 450 percent increase. [12]

Another part of US military funding is used to finance US wars. US military interventions almost invariably create profit-making opportunities for the top one percent. For example, then US ambassador to Libya Gene Cretz was positively rhapsodic about the business opportunities that were opened by the US-led (from behind) Nato assault that toppled Muammar Gadhafi, not just petroleum-related but infrastructure contracts too. [13]

In the charmed circle of US capitalism, defense contractors reap a bonanza of profits by supplying the Pentagon with arms, which the Pentagon use to destroy infrastructure that US engineering giants like Bechtel rebuild. War can be profitable.

Military and non-military aid to other countries also eats up a sizeable chunk of the federal budget. The bottom 99 percent, who contribute the bulk of funds to these programs, benefit only indirectly, if at all. Instead, their tax dollars are converted into credits, which are doled out to other countries to purchase goods and service from US corporations, the direct beneficiaries.

For example, the $3 billion in annual military aid Israel receives travels from taxpayersÂ pockets to US defense contractorsÂ coffers. The arms industry sends military equipment to Israel, with payment for the purchase never leaving the United States.

The same kind of arrangement is used to provide economic aid to poor countries. These countries donÂt get cash to spend as they see fit. They get credits to spend on American goods and services. There may be benefits to poor and middle-income Americans in job opportunities, but the benefits are disproportionately enjoyed by the top executives and shareholders of the companies on which the credits are spent.

Another sizeable part of US tax revenue goes to purchasers of US debtÂthe debt that piled up to pay for the wars Washington didnÂt want to raise taxes to pay for. Needless to say, poor and middle-income Americans are not major holders of US debt. The super-wealthy are. And super-wealthy bondholders are often the same people who own shares in companies that supply the Pentagon and benefit from new foreign business opportunities that US military interventions secure.

So, no, the tax system isnÂt a one-way circuit where the super-wealthy pick up the tab for everyone elseÂs entitlements, as Mankiw and others would have us believe. Instead, a large part of the tax systemÂs function is to transfer tax revenues from the bottom 99 percent to activitiesÂforeign aid, military appropriations, wars, and interest on debtÂthat the top one percent disproportionately benefit from.

Conclusion
The United States has doubled military spending since 9/11, outspending its peer competitors, China and Russia, by more than a factor of three. It has squandered more than $1 trillion on wars that never should have been fought, and continues to waste $2 billion a week on war in Afghanistan. This excess has been paid for by borrowing rather than taxes, presumably to avoid hurting Americans in their pocketbooks, a pain that would likely provoke anti-war opposition.

But the bills are coming due. Mankiw, and other prizefighters for the super-wealthy, are drawing attention away from outsize military spendingÂa significant contributor to burgeoning debtÂand directing it instead to entitlements. TheyÂre also deceptively ignoring payroll, property, sales and other taxes, to argue that the US tax system is progressive and that the wealthy already pay their fair share. In other words, Mankiw is arguing for higher taxes on poor and middle-income Americans, misdirecting attention to entitlement spending to conceal what the bill is really for: military spending that the super-rich have used to fatten their bank accounts.

Lessons learned.
A.Â Nothing comes free. Military spending canÂt be doubledÂand $1 trillion-plus wars foughtÂ without someone eventually being handed the bill. And in the United States, the bill is always paid by the bottom 99 percent. This bill will be paid in entitlement cutbacks and tax increases.
B.Â The job of establishment economists is to make robbing poor and middle-income Americans seem both necessary and desirable. Feudal lords relied on priests to justify the exploitation of serfs. Bankers, top executives and investors have economists. 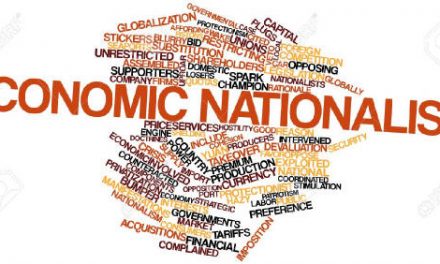 Economic Nationalism: What it Means 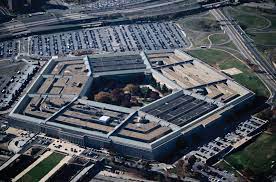 Pentagon Increases in 2022 Could Almost Fund Build Back Better