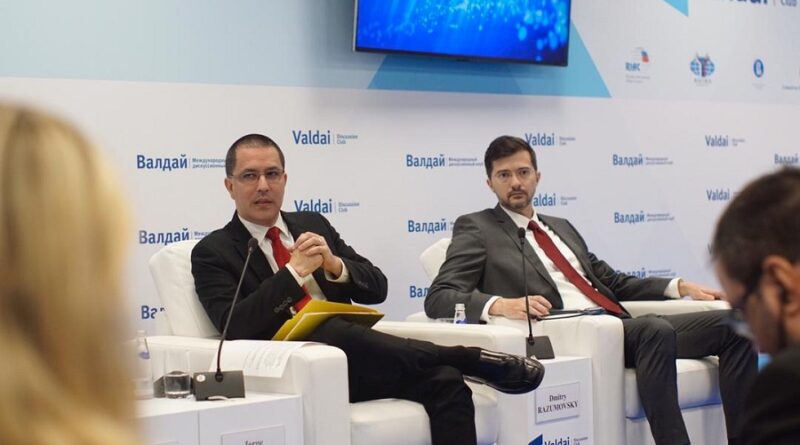 Venezuelan Foreign Affairs Minister Jorge Arreaza, on his official visit to the Russian Federation, gave a keynote speech at the Valdai International Discussion Club in Moscow on June 22. In his address, Minister Arreaza explained—from a historical and geopolitical perspective—the real reasons behind the imperial attempts to dominate Venezuela as well as the multipronged aggression led by the United States against the Bolivarian nation.

Arreaza pointed out that the unilateral coercive measures, misnamed sanctions, constitute a collective punishment inflicted on 30 million Venezuelans, for the sole reason of having enforced their democratic will to choose their own government and institutions, for upholding their Constitution and for protecting their natural resources, sovereignty and identity as a nation.

Minister Arreaza clarified that these coercive measures are “only one aspect of the manifold aggression against Venezuela, which has multiple ambits, and which has even constituted real combat situations, such as an assassination attempt with drones; mercenary incursions through our coasts, including American mercenaries from a company hired by [Juan] Guaidó to kill President Nicolás Maduro and other leaders of the Bolivarian Revolution, and a permanent sabotage against our oil and electric power industries. They have exhausted all sorts of options in their aggression.”

The foreign affairs minister emphasized that Venezuela has been at the center of Washington’s imperial ambitions because it contains the largest discovered oil reserves in the world, in addition to gas, coal, and potentials of wind power and hydroelectric and solar energy. Its geographical location in the north of the South American continent, facing the Caribbean Sea, the Atlantic Ocean and the Amazon, and being situated a few miles from the Panama Canal, has also made it a coveted region for US interests.

Arreaza added that the US and the West in general, in their analysis of Venezuela, have underestimated the Venezuelan people’s capacity for struggle and resistance, which is rooted in the extraordinary feats of the liberators and the crucial role the nation had played in the independence of the entire region, because the country had been a modest outpost of the Spanish empire.

The Venezuelan diplomat recalled that the imperialist vocation of the United States is rooted in its very genesis as a nation, for as early as 1786, Thomas Jefferson, one of its founding fathers, had already announced that his country would snatch all of the colonies from Spain ”piece by piece.”

Arreaza emphasized that the election of Commander Hugo Chávez as the president of Venezuela in 1998 stopped the definitive neocolonization of Venezuela by the United States, which had sought to turn Venezuela into a colonial subjugated state like Puerto Rico.

”Chávez renationalizes the Venezuelan identity, rescues the country’s history, resurrects Bolívar, takes him down from the bronze statues, the marble statues and the paintings and makes him walk with the people,” Arreaza asserted.

In addition, the diplomat detailed all the destabilization efforts and the international pressure suffered by President Maduro’s administration, as well as the president’s efforts to promote dialogue with opposition sectors, which has borne fruit in the election of a new National Assembly and the appointment of a new board of the National Electoral Council.

Arreaza added that Venezuela hopes that the new US administration headed by Joe Biden will reflect on the situation, rectify the US foreign policy and establish relationships of mutual respect with Venezuela, and that it will return the oil company CITGO to the Venezuelan people, which was taken from them by force.

Finally, Minister Arreaza applauded the great courage and the example of resistance that the Venezuelan people are demonstrating in the face of imperial aggression, and that the people are aware of ”the full scope of the aggression, where it comes from, and also the attitude that they have to maintain in order to achieve definitive victory in the battle for sovereignty.”
_____________________

The U.S. “interest” in Venezuela was activated in 1915 with the initiation of industrial oil exploration. See the videos: NIXON CARACAS and the situation of Venezuelan society and the position of its military in 1958: Not only patriotism among the masses, but some definite patriotism/nationalism in its military. Then came the nationalization of oil in the 1960’s during centrist governments. In the 1980 arose the decision among some military officers to enhance progressive developments in Venezuela’s socio-economic orientation. The “Socialism of the 20th century” proclaimed by Chavez in 1999 was a concept for nationalistic as well as internationalist “patriotic socio-economic… Read more » 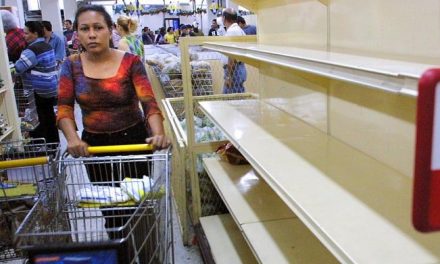