Free the Five! Final Declaration of the VII Colloquium

For the seventh time, friends in solidarity from all around the world are meeting at the HolguÃ­n Colloquium to discuss experiences and the work to come,Â  in this tough battle for truth, justice and the release of the Five.

After 13 years of unfair incarceration, the situation of our five brothersÂ  continues to be extremely serious. RenÃ© GonzÃ¡lez completed his sentence last October 7th, but instead of being returned to Cuba, he received new punishment: he is being forced to remain on US territory for 3 years under supervised liberty, without being able to receive visits by his wife Olga Salanueva who, until today, has been denied the right to visit him and at the risk that the terrorist groups who RenÃ© and his four brothers in the cause denounced, might try to kill him.

Gerardo HernÃ¡ndez’ situation continues being the most serious of the Five, with two life sentences plus 15 years of incarceration and systematic denial of visitation by his wife Adriana PÃ©rez. The sentences of RamÃ³n, Antonio and Fernando collectively add up to 70 years in prison. They are still awaiting the response from the Habeas Corpus

Resources ame made available by the defence team of the Five, but we are aware of the fact that legal channels are running out. While the Five remain unfairly imprisoned, LuÃ­s Posada Carriles, responsible for the deaths of thousands of innocent human beings went through a travesty of justice. He was not tried for being a terrorist and he receives public tributes celebrating his crimes. He makes statements without the least hint of remorse.

The request for extradition of the criminal Posada Carriles to Venezuela presentedÂ  six years agoÂ  by the government of the sister Bolivarian Republic of Venezuela has still not been answered. The impunity granted by the various
American administrations and the unfair incarceration of the Five lays bare the double standard of the US government in its fake battle against terrorism.

Faced with the gravity of this situation it becomes vital to intensify our work. We need to create the necessary mechanisms for bringing together, coordinating and following up the actions we are taking in order to better make
use of the enormous energy and hard work of the committees all over the world.

We, the 300 delegates from 43 nations attending the VII International Colloquium for the release of the Five and against Terrorism, call out for:

1. Intensifying actions in the USA and in all countries, to organize a broad-based permanent denunciation of their imprisonment and mobilization in cities where communications media are located.

Organizing conferences with American intellectuals and with the Network in Defence of Humanity.

Showing documentaries and videos on the case of the Five and terrorism against Cuba in public spaces, parks and squares. To put up posters and billboards on the Five. Organizing demonstrations in front of the White House, Department of Justice, Supreme Court and other areas where many people tend to congregate.

Organizing a mass letter-writing campaign from around the world. Mobilizing American and foreign religious organizations so that they join the activities.

Inviting other groups with similar causes Â Boricuas, Mumia, Peltier, Lynne Stewart, JericÃ³, et alÂ  –Â  to join forces in the demand for the release of political prisoners and the denunciation of the American legal system as a whole.

We propose June 8th, anniversary of the unjust sentencing of the Five, as the date for starting these days of solidarity.

2. Increasing the solidarity days for the Five on the 5th. Having this day,Â  multiply actions all over the world; delivery of letters to US embassies in our countries that demand the release of the Five; sit-ins; telephone calls to the White House; messages to web pages; faxes or telegrams to Obama.

3. Demanding respect for the visitation rights of Olga Salanueva and Adriana PÃ©rez. To take up again the work done by the International Commission for Family Visitation Rights.

5. Calling on the youth of the world to organize concerts during the international solidarity days of September 12th (anniversary of their arrests), to October 6th, "Day of the Victims of Terrorism."

6. Requesting the support of well-known artists and intellectuals in the making of documentaries and videos and public messages demanding the release of the Five.

7. Increasing use of social networks such as Twitter, Facebook, blogs and the internet to distribute informationÂ  and denounce the injustice. To take advantage of the possibilities provided us by alternative media.

8. Continuing to appeal to creativity and culture in order to condemn the injustice, just as the Cuban children of La Colmenita have done so well with their play "Abracadabra." To sue digital media to reproduce the graphics made by the Five, the work of Tony and Gerardo’s cartoons, to make publicity material and set up exhibitions.

9. Demanding the dismantling of terrorist organizations based in Miami, and the trial and punishment of the murderers of our peoples.

10. Continuing to distribute the series "The Reasons of Cuba" on terrorism and the destabilizing actions of the USA towards Cuba and our peoples.

International solidarity and the united action of honest men and women throughout the world shall be the key to victory in this colossal injustice.

Year 53 of the Revolution 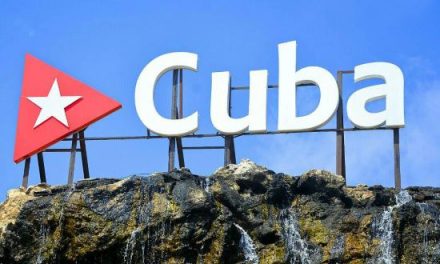 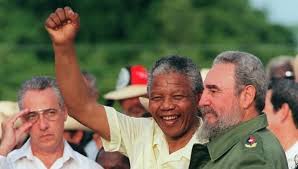