An abortion rights crisis looms, but Americans have lost their fighting tools, lulled to sleep by the corporate fixers of the Democratic Party.

Americans do not know how to protest. Even on those occasions when they take to the streets they also waste time with nonsense. Props like pink hats or costumes from the Handmaids Tale television show are poor substitutes for effective politics.  It has been nearly 50 years since mass action has been coordinated into coherent political demands. Now the right to abortion is at risk and the lack of effective protest is partly the cause.

The states of Ohio, Georgia, North Carolina, Mississippi, Iowa, Kentucky, and Arkansas have passed so-called fetal heart beat laws which ban the procedure before many women even realize they are pregnant. Alabama banned abortion altogether and added threats of jail times for patients and doctors.

The goal of these laws is to provoke court challenges which will jeopardize the 1973 Roe v. Wade Supreme Court decision which legalized abortion. The response from the pro-choice community has been both weak and laughable. Liberals encourage phone calls to Congress or donations to groups like the National Abortion Rights Action League (NARAL). That money goes down the black hole of the liberaI non-profit industrial complex and helps no one. Instead of repeating the same stale paths to failure, perhaps Americans should look elsewhere for guidance.

After the collapse of its communist government Poland enacted some of the most restrictive abortion laws in Europe. When that nation’s parliament proposed making the procedure completely illegal thousands of Poles rose up in protest in 2016 and repeated the process in 2018. They didn’t just gather thousands of people in the streets of Warsaw on a rainy day. They held a general strike too. The creation of a political crisis forced the government to back down and withdraw the legislation not once, but twice.

Americans once did the same thing. Black people gained the right to vote with mass action. The action came first, the desired result came later. Likewise, the Environmental Protection Agency came into being during the Nixon administration after millions of people demanded that the government do something about air and water pollution.

But all of that was a long time ago. The Million Man March did bring one million black men to Washington DC in 1995 but Louis Farrakhan ended the event with musings about numerology. It was an opportune moment to talk about mass incarceration or other important issues. Likewise Black Lives Matter gathered thousands of people but didn’t make clear demands for federal investigations of police murder. These important moments were lost opportunities.

The last nearly 50 years have been a vast wasteland for movement building. Voting is obviously important, that is why the right wing go to such lengths to suppress it. But it has become a be all and end all instead of a tool that is used after demands have been made and victories won.

What is the point of celebrating the marches on Washington or from Selma to Montgomery if no one learns from this history? The liberation movement is treated as a museum piece instead of a path we can still follow. Everyone has warm and fuzzy feelings but behave as if it is something that cannot be replicated.

It must be pointed out that the historical amnesia is not accidental. The political reaction that began in 1968 never let up. The Republicans became and still are the white people’s party. The movement was destroyed, and adherence to Democratic Party politics became a substitute for the actions that the masses once took upon themselves.

The Democratic Party is a huge part of the problem. We have been convinced that they are our only political option and that keeping them in office is the best we can expect. It doesn’t matter if they give up the state legislatures which restrict abortion, or if they tell us we can’t have free college or health care or anything else we want. According to conventional wisdom our only hope is to stick with the back stabbers, write checks to NARAL and make fun of Alabamans when the first two options fail.

Abortion is as much a right as any other medical procedure. No person, man or woman, should be able to restrict medical choices for another. The issue is that simple but has been complicated by a feminist movement which exists to get goodies for well educated white women and do little else. Decades later women are still shamed about their sexuality and millions who have accessed abortion won’t say so publicly. The party we cling to with such ferocity exists for the purpose of pleasing the rubes by pretending it will fight for issues it has no interest in addressing. The toxic mix allows retrograde forces to do their worst.

It sounds like a bad joke to ask how many Poles it takes to stop abortion restrictions. The answer is many thousands. That is how many people will have to march in Alabama and other states. They must make a demand that these laws be rescinded and they must carry out on a promise to put their elected officials out of office. That is a language that politicians understand.
But sadly the people lost their language. We must start from scratch and teach when and how to protest. Make clear that protest must be made with clearly defined demands. And most importantly ban the Democratic Party from any participation.

That is a recipe for changing anti-abortion legislation or anything else for that matter. The people still want change and can learn how to get it. Organizing can and must be taught. There are people who know how to do it they ought to be listened to. The hand wringing over abortion restrictions and all other political ills must come to an end. There is still time for effective action if we seize it.

Margaret Kimberley’s Freedom Rider column appears weekly in BAR, and is widely reprinted elsewhere. She maintains a frequently updated blog as well at http://freedomrider.blogspot.com. Ms. Kimberley lives in New York City, and can be reached via e-mail at Margaret.Kimberley@BlackAgendaReport.com. 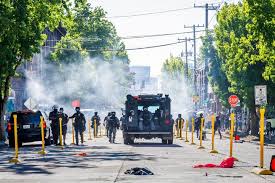 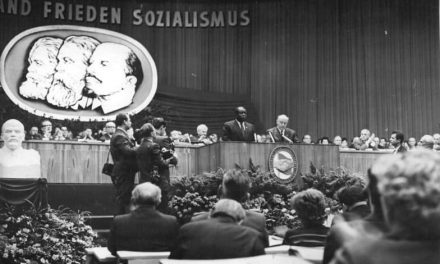 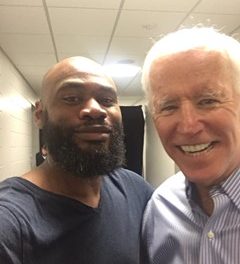