Extinction  Rebellion (XR) has put environment politics in the popular imagination with a partisan spirit and the kind of creativity that inspires admiration.

Its daring tactics have wrong-footed political authority and the bourgeois media as well as giving the public-order police a more entertaining job than normal.

While the exotic behaviour of some XR activists gives Daily Mail editors apoplexy, the more common — and common sense — reaction from most people is to enjoy the anti-authoritarian exuberance in the same spirit that put-upon peasants and inebriated artisans in feudal Britain revelled in subverting authority when a successful armed rebellion seemed impossibly remote.

The circle of people who deny the importance of action to halt climate change is getting smaller, and politicians will make a big mistake if they think that this powerful movement can be disregarded and its demands dismissed because its style departs from the po-faced procedures of conventional politics.

These issues are, in the literal sense, deadly serious — and unless state actors can be persuaded or coerced into dramatic action to halt greenhouse gas emissions then the science says that we are on a path to irreversible climate change with consequences that may lie beyond our present-day imagining.

The Morning Star has given unconditional, if not uncritical, support to Extinction Rebellion in particular and to the movement for climate change action in general.

This has been recognised, and in a generous contribution to the discussion, River Axe-the-Tax, an XR activist and Morning Star reader from Manchester, paid tribute to the Star’s coverage.

Nevertheless they took issue with the Morning Star editorial of October 10 which discussed the movement’s demands: that the government tell the truth by declaring a climate and ecological emergency; work with other institutions to communicate the urgency for change, act now to halt biodiversity loss and reduce greenhouse gas emissions to net zero by 2025; and create and be led by the decisions of a “Citizens’ Assembly” on climate change and ecological justice.

The Star said that the first is achievable “even if the actions of governments on these kinds of questions rarely matches their rhetoric” while the second is not remotely feasible without a thorough-going revolutionary transformation.

The “third is highly improbable given the reluctance of governments to surrender decisive power to ad-hoc institutions however popular they may be.”

In response River argued that: “Our second and third demands need to be considered together and together with our strategy. We seek to build the movement to 2.3 million people in Britain — 3.5 per cent — who are either engaged in direct action or directly supporting it.”

They wrote that: “The evidence from the social sciences is that a non-violent direct action movement of that size is more likely to achieve its objectives than any other strategy, including violent revolution.”

River argued that the effect of direct action on the scale aimed for will disrupt profitability to the extent that the ruling class will accede to demands for citizens’ assemblies that will control our collective response to the climate crisis.

On one hand it was argued that “XR will never promote violent revolution” but “if we win over the 2.3 million that we aim for, the state has to wonder where those people will turn next our demands are refused.”

Such talk of regime change by a 3.5 per cent minority is open to the criticism that it is frivolous. Taking power by a minority is very difficult even if they are very well organised, able to neutralise the main coercive organs of the state, exercise decisive control over the economy, can command the loyalty of a decisive majority of the people and are confronted by an opposition that is disorganised and unable to respond effectively.

It may be a matter of regret for Morning Star readers, but in the timeframe envisaged it seems unlikely that bringing about these conditions is remotely feasible.

The Morning Star has a long-time relationship with the global political forces possessing the only track record of success in these endeavours and experience suggests it isn’t easy, takes a lot of preparation, can be extremely costly in human terms and a long-term successful outcome is not guaranteed.

Revolution is not a game — and the work of a body of professional revolutionaries is a necessary but insufficient condition if decisive mass support is lacking or cannot be won.

How then to win mass support for a demand which challenges the way society is organised and which, if successful, will displace the powerful and dramatically reduce their wealth and power?

We have plenty of historical and contemporary examples, from the Chartists and suffrage campaigners’ demand for the vote, the TUC’s councils of action to defend the Russian Revolution, the General Strike of 1926, the united action against fascism, the campaigns for a second front against Hitler, against the British/French/Israeli invasion of Egypt, against the poll tax, against the Iraq war, and against austerity.

Two features are common to most of these examples. Firstly, they involved very broad masses of people; secondly they are most successful when the organised working-class movement is united and active and when they mobilise a range of appropriate and effective tactics.

This is where River makes the perhaps overly optimistic point that the British ruling class responds pragmatically to pressure. Maybe. Our ruling class is the most experienced and cunning in the world and will concede when the cost of not compromising threatens its ownership of wealth and command of the state apparatus.

They will take a hit on their profits if this is the price for retaining power and critical control.

The sharp eyed will notice that this list of ambitious mass actions did not always result in success. Or if they eventually did, only after long periods of continued struggle, or when divisions among the various ruling elites sharpened.

What makes the environment crisis different is that time is not on our side and that those that profit from the exploitation of carbon fuel reserves know that these are not infinite.

The more far sighted of them, and the more rational, understand the science — those blinded by profit discount it.

This rather suggests that more than one kind of tactics are appropriate. Mobilising a decisive weight of public and scientific opinion to command action from government and international institutions combined with decisive action against the head-in-the- sand crowd would be a start.

XR is open to the criticism that posing the demand to reduce greenhouse gas emissions to net zero in half a decade is neither technically or politically possible. XR needs to take account of the best technical and scientific advice about what policies and technologies can be introduced which make the biggest and most immediate impact.

Building a mass movement for profound change against the vested interests of those who rule us and are accustomed to having their own way must entail a more sophisticated strategy than simple direct action that rather indiscriminately affects a random selection of the population.

The tactics of civil disobedience and disruption need to be directed more clearly against those corporations and powerful individuals who deny climate change science or refuse to implement the necessary measures.

Mass movements, to achieve their aims, must necessarily combine leaps of imagination with hard-headed realism in assembling the social forces that can compel change.

Finding the winning combination of practical politics, demands which seem impossible but are realistic, an inclusive political language and the widest range of social forces, means paying attention to all kinds of sensitivities around different cultures, combined with a disciplined focus on the achievement of goals which contribute at each step to meaningful action.

It also requires a measure of transparency around decision making, something which Extinction Rebellion is vulnerable to criticism over.

More than a decade ago I was working for a well respected non governmental organisation engaged in a ground-breaking climate change campaign. It was a well researched operation, with a mass of compelling information which was, on occasion, undermined by a kind of apocalyptic mindset which suggested that we had just 10 years to save the planet.

At one point in these passionate debates one not so young South London black activist asked the simple question: “If we cannot envisage decisive climate change action under capitalism should we not be campaigning to end it?”

The urgency of the environmental crisis is greater today and this means we need to find a way in which action to compel government action contributes to a popular movement that aims to displace the rich and powerful from their position of dominance whether or not they give way on science and reality.

This article first appeared at  www.21centurymanifesto.wordpress.com.

Systemic Responsibility for the Climate Crisis: 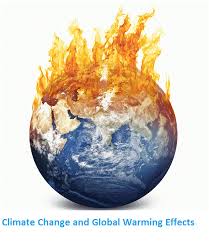 Climate Change: What about the Marxists?