When in 1891 Engels wrote in the introduction to Marx’s Civil War in France [1871], the two major parties were in many ways different than they are now: The Southern Democrats, post civil war, were trying to undo Reconstruction and build up Jim Crow racist repression and discrimination in the South; in the North the Democrats were the corrupt urban machines. The Republicans, the dominant party since the civil war, having left their revolutionary role in 1861-1865 far behind, were well on the way to becoming the party of monopoly capital and imperialism. Memorably, Engels refers to them as “two great gangs of political speculators…”

The Civil War in France: 1891 Introduction By Frederick Engels

From the outset the Commune was compelled to recognize that the working class, once come to power, could not manage with the old state machine; that in order not to lose again its only just conquered supremacy, this working class must, on the one hand, do away with all the old repressive machinery previously used against it itself,and, on the other, safeguard itself against its own deputies and officials, by declaring them all, without exception, subject to recall at any moment. What had been the characteristic attribute of the former state? Society had created its own organs to look after its common interests, originally through simple division of labor. But these organs, at whose head was the state power, had in the course of time, in pursuance of their own special interests, transformed themselves from the servants of society into the masters of society, as can be seen, for example, not only in the hereditary monarchy, but equally also in the democratic republic.

Nowhere do “politicians” form a more separate, powerful section of the nation than in North America. There, each of the two great parties which alternately succeed each other in power is itself in turn controlled by people who make a business of politics, who speculate on seats in the legislative assemblies of the Union as well as of the separate states, or who make a living by carrying on agitation for their party and on its victory are rewarded with positions.

It is well known that the Americans have been striving for 30 years to shake off this yoke, which has become intolerable, and that in spite of all they can do they continue to stink ever deeper in this swamp of corruption. It is precisely in America that we see best how there takes place this process of the state power making itself independent in relation to society, whose mere instrument it was originally intended to be. Here there exists no dynasty, no nobility, no standing army, beyond the few men keeping watch on the Indians, no bureaucracy with permanent posts or the right to pensions. and nevertheless we find here two great gangs of political speculators, who alternately take possession of the state power and exploit it by the most corrupt means and for the most corrupt ends — and the nation is powerless against these two great cartels of politicians, who are ostensibly its servants, but in reality exploit and plunder it.

Against this transformation of the state and the organs of the state from servants of society into masters of society — an inevitable transformation in all previous states — the Commune made use of two infallible expedients. In this first place, it filled all posts — administrative, judicial, and educational — by election on the basis of universal suffrage of all concerned, with the right of the same electors to recall their delegate at any time. And in the second place, all officials, high or low, were paid only the wages received by other workers. The highest salary paid by the Commune to anyone was 6,000 francs. In this way an effective barrier to place-hunting and careerism was set up, even apart from the binding mandates to delegates to representative bodies which were also added in profusion.

This shattering of the former state power and its replacement by a new and really democratic state is described in detail in the third section of The Civil War. But it was necessary to dwell briefly here once more on some of its features, because in Germany particularly the superstitious belief in the state has been carried over from philosophy into the general consciousness of the bourgeoisie and even to many workers. According to the philosophical notion, the state is the “realization of the idea” or the Kingdom of God on earth, translated into philosophical terms, the sphere in which eternal truth and justice is or should be realized. And from this follows a superstitious reverence for the state and everything connected with it, which takes roots the more readily as people from their childhood are accustomed to imagine that the affairs and interests common to the whole of society could not be looked after otherwise than as they have been looked after in the past, that is, through the state and its well-paid officials. And people think they have taken quite an extraordinary bold step forward when they have rid themselves of belief in hereditary monarchy and swear by the democratic republic. In reality, however, the state is nothing but a machine for the oppression of one class by another, and indeed in the democratic republic no less than in the monarchy; and at best an evil inherited by the proletariat after its victorious struggle for class supremacy, whose worst sides the proletariat, just like the Commune, cannot avoid having to lop off at the earliest possible moment, until such time as a new generation, reared in new and free social conditions, will be able to throw the entire lumber of the state on the scrap-heap. 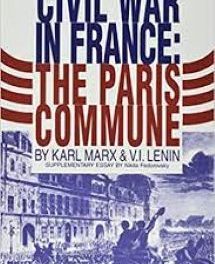 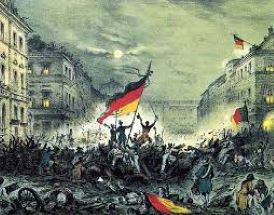 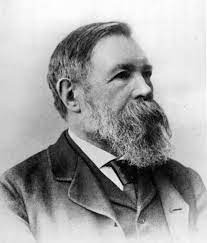 From the Classics: Frederick Engels at 200, a Lecture 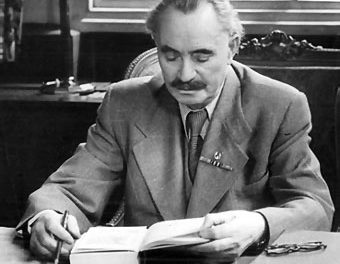