From  A Great Beginning

And what does the “abolition of classes” mean? All those who call themselves socialists recognise this as the ultimate goal of socialism, but by no means all give thought to its significance.

Classes are large groups of people differing from each other by the place they occupy in a historically determined system of social production, by their relation (in most cases fixed and formulated in law) to the means of production, by their role in the social organisation of labour, and, consequently, by the dimensions of the share of social wealth of which they dispose and the mode of acquiring it. Classes are groups of people one of which can appropriate the labour of another owing to the different places they occupy in a definite system of social economy.

Clearly, in order to abolish classes completely, it is not enough to overthrow the exploiters, the landowners and capitalists, not enough to abolish their rights of ownership; it is necessary also to abolish all private ownership of the means of production, it is necessary to abolish the distinction between town and country, as well as the distinction between manual workers and brain workers. This requires a very long period of time. In order to achieve this an enormous step forward must be taken in developing the productive forces; it is necessary to overcome the resistance (frequently passive, which is particularly stubborn and particularly difficult to overcome) of the numerous survivals of small-scale production; it is necessary to overcome the enormous force of habit and conservatism which are connected with these survivals.

The assumption that all “working people” are equally capable of doing this work would be an empty phrase, or the illusion of an antediluvian, pre-Marxist socialist; for this ability does not come of itself, but grows historically, and grows only out of the material conditions of large-scale capitalist production. This ability, at the beginning of the road from capitalism to socialism, is possessed by the proletariat alone. It is capable of fulfilling the gigantic task that confronts it, first, because it is the strongest and most advanced class in civilised societies secondly, because in the most developed countries it constitutes the majority of the population, and thirdly, because in backward capitalist countries, like Russia, the majority of the population consists of semi-proletarians, i.e., of people who regularly live in a proletarian way part of the year, who regularly earn a part of their means of subsistence as wage-workers in capitalist enterprises.

Those who try to solve the problems involved in the transition from capitalism to socialism on the basis of general talk about liberty, equality, democracy in general, equality of labour democracy, etc. (as Kautsky, Martov and other heroes of the Berne yellow International do), thereby only reveal their petty-bourgeois, philistine nature and ideologically slavishly follow in the wake of the bourgeoisie. The correct solution of this problem can be found only in a concrete study of the specific relations between the specific class which has conquered political power, namely, the proletariat, and the whole non-proletarian, and also semi-proletarian, mass of the working population—relations which do not take shape in fantastically harmonious, “ideal” conditions, but in the real conditions of the frantic resistance of the bourgeoisie which assumes many and diverse forms.

The vast majority of the population—and all the more so of the working population—of any capitalist country, including Russia, have thousands of times experienced, themselves and through their kith and kin, the oppression of capital, the plunder and every sort of tyranny it perpetrates. The imperialist war, i.e., the slaughter of ten million people in order to decide whether British or German capital was to have supremacy in plundering the whole world, has greatly intensified these ordeals, has increased and deepened them, and has made the people realise their meaning. Hence the inevitable sympathy displayed by the vast majority of the population, particularly the working people, for the proletariat, because it is with heroic courage and revolutionary ruthlessness throwing off the yoke of capital, overthrowing the exploiters, suppressing their resistance, and shedding its blood to pave the road for the creation of the new society in which there will be no room for exploiters.

Great and inevitable as may be their petty-bourgeois vacillations and their tendency to go back to bourgeois “order”, under the “wing” of the bourgeoisie, the non-proletarian and semi-proletarian mass of the working population cannot but recognise the moral and political authority of the proletariat, who are not only overthrowing the exploiters and suppressing their resistance, but are building a new and higher social bond,

In order to achieve victory, in order to build and consolidate socialism, the proletariat must fulfil a twofold or dual task: first, it must, by its supreme heroism in the revolutionary struggle against capital, win over the entire mass of the working and exploited people; it must win them over, organise them and lead them in the struggle to overthrow the bourgeoisie and utterly suppress their resistance. Secondly, it must lead the whole mass of the working and exploited people, as well as all the petty-bourgeois groups, on to the road of new economic development, towards the creation of a new social bond, a new labour discipline, a new organisation of labour, which will combine the last word in science and capitalist technology with the mass association of class-conscious workers creating large-scale socialist industry.

The full text is at Marxist Internet Archive   <<marxists.org>>. 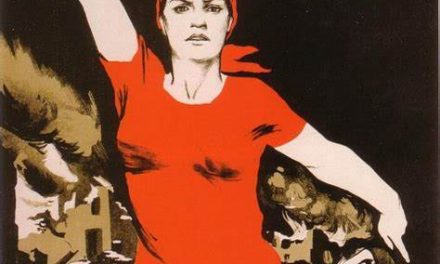 From the Classics: Lenin on Soviet Power and the Status of Women

From the Classics: Lenin on the Right of Nations to Self-Determination 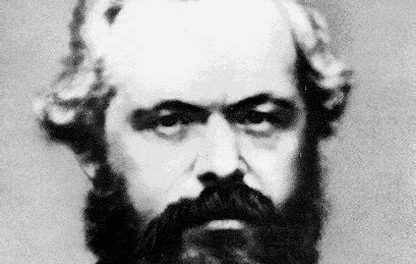