From the Classics: Marx on the Difference between Socialism and Communism 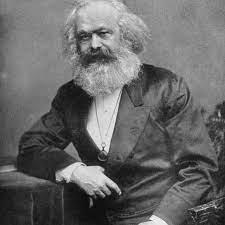 From Marx’s Critique of the Gotha Program, 1875

“What we have to deal with here is a communist society, not as it has developed on its own foundations, but, on the contrary, just as it emerges from capitalist society; which is thus in every respect, economically, morally, and intellectually, still stamped with the birthmarks of the old society from whose womb it emerges…

In spite of this advance, this equal right is still constantly stigmatized by a bourgeois limitation. The right of the producers is proportional to the labor they supply; the equality consists in the fact that measurement is made with an equal standard, labor….

But these defects are inevitable in the first phase of communist society as it is when it has just emerged after prolonged birth pangs from capitalist society. Right can never be higher than the economic structure of society and its cultural development conditioned thereby.

In a higher phase of communist society, after the enslaving subordination of the individual to the division of labor, and therewith also the antithesis between mental and physical labor, has vanished; after labor has become not only a means of life but life’s prime want; after the productive forces have also increased with the all-around development of the individual, and all the springs of co-operative wealth flow more abundantly – only then can the narrow horizon of bourgeois right be crossed in its entirety and society inscribe on its banners: From each according to his ability, to each according to his needs!…

Between capitalist and communist society lies the period of the revolutionary transformation of the one into the other. Corresponding to this is also a political transition period in which the state can be nothing but the revolutionary dictatorship of the proletariat.”

The full text of Marx’s Critique of the Gotha Program is at www.marxists.org. 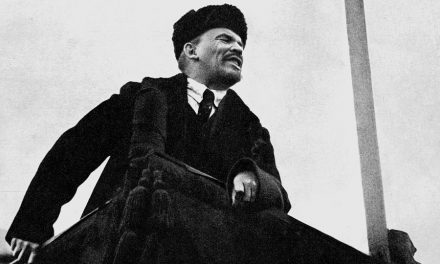 From the Classics: Lenin on How To End the Great War 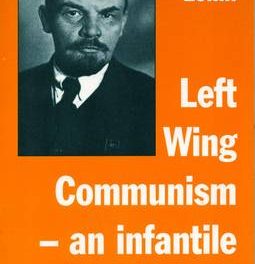