I.  Fascism and the Working Class

The Class Character of Fascism

Comrades, fascism in power was correctly described by the Thirteenth Plenum of the Executive Committee of the Communist International as the open terrorist dictatorship of the most reactionary, most chauvinistic and most imperialist elements of finance capital.

The most reactionary variety of fascism is the German type of fascism. It has the effrontery to call itself National Socialism, though it has nothing in common with socialism. German fascism is not only bourgeois nationalism, it is fiendish chauvinism. It is a government system of political gangsterism, a system of provocation and torture practised upon the working class and the revolutionary elements of the peasantry, the petty bourgeoisie and the intelligentsia. It is medieval barbarity and bestiality, it is unbridled aggression in relation to other nations.

German fascism is acting as the spearhead of international counter-revolution, as the chief instigator of imperialist war, as the initiator of a crusade against the Soviet Union, the great fatherland of the working people of the whole world.

Fascism is not a form of state power “standing above both classes — the proletariat and the bourgeoisie,” as Otto Bauer, for instance, has asserted. It is not “the revolt of the petty bourgeoisie which has captured the machinery of the state,” as the British Socialist Brailsford declares.

No, fascism is not a power standing above class, nor government of the petty bourgeoisie or the lumpen-proletariat over finance capital. Fascism is the power of finance capital itself. It is the organization of terrorist vengeance against the working class and the revolutionary section of the peasantry and intelligentsia. In foreign policy, fascism is jingoism in its most brutal form, fomenting bestial hatred of other nations.

This, the true character of fascism, must be particularly stressed because in a number of countries, under cover of social demagogy, fascism has managed to gain the following of the mass of the petty bourgeoisie that has been dislocated by the crisis, and even of certain sections of the most backward strata of the proletariat. These would never have supported fascism if they had understood its real character and its true nature.

The development of fascism, and the fascist dictatorship itself, assume different forms in different countries, according to historical, social and economic conditions and to the national peculiarities, and the international position of the given country.

In certain countries, principally those in which fascism has no broad mass basis and in which the struggle of the various groups within the camp of the fascist bourgeoisie itself is rather acute, fascism does not immediately venture to abolish parliament, but allows the other bourgeois parties, as well as the Social-Democratic Parties, to retain a modicum of legality.

In other countries, where the ruling bourgeoisie fears an early outbreak of revolution, fascism establishes its unrestricted political monopoly, either immediately or by intensifying its reign of terror against and persecution of all rival parties and groups. This does not prevent fascism, when its position becomes particularly acute, from trying to extend its basis and, without altering its class nature, trying to combine open terrorist dictatorship with a crude sham of parliamentarism.

The accession to power of fascism is not an ordinary succession of one bourgeois government by another, but a substitution of one state form of class domination of the bourgeoisie — bourgeois democracy — by another form — open terrorist dictatorship. It would be a serious mistake to ignore this distinction, a mistake liable to prevent the revolutionary proletariat from mobilizing the widest strata of the working people of town and country for the struggle against the menace of the seizure of power by the fascists, and from taking advantage of the contradictions which exist in the camp of the bourgeoisie itself.

But it is a mistake, no less serious and dangerous, to underrate the importance, for the establishment of fascist dictatorship, of the reactionary measures of the bourgeoisie at present increasingly developing in bourgeois-democratic countries — measures which suppress the democratic liberties of the working people, falsify and curtail the rights of parliament and intensify the repression of the revolutionary movement.

Comrades, the accession to power of fascism must not be conceived of in so simplified and smooth a form, as though some committee or other of finance capital decided on a certain date to set up a fascist dictatorship. In reality, fascism usually comes to power in the course of a mutual, and at times severe, struggle against the old bourgeois parties, or a definite section of these parties, in the course of a struggle even within the fascist camp itself — a struggle which at times leads to armed clashes, as we have witnessed in the case of Germany, Austria and other countries.

All this, however, does not make less important the fact that, before the establishment of a fascist dictatorship, bourgeois governments usually pass through a number of preliminary stages and adopt a number of reactionary measures which directly facilitate the accession to power of fascism. Whoever does not fight the reactionary measures of the bourgeoisie and the growth of fascism at these preparatory stages is not in a position to prevent the victory of fascism, but, on the contrary, facilitates that victory.

The Social-Democratic leaders glossed over and concealed from the masses the true class nature of fascism, and did not call them to the struggle against the increasingly reactionary measures of the bourgeoisie. They bear great historical responsibility for the fact that, at the decisive moment of the fascist offensive, a large section of the working people of Germany and of a number of other fascist countries failed to recognize in fascism the most bloodthirsty monster of finance capital, their most vicious enemy, and that these masses were not prepared to resist it.

What is the source of the influence of fascism over the masses? Fascism is able to attract the masses because it demagogically appeals to their most urgent needs and demands. Fascism not only inflames prejudices that are deeply ingrained in the masses, but also plays on the better sentiments of the masses, on their sense of justice and sometimes even on their revolutionary traditions. Why do the German fascists, those lackeys of the bourgeoisie and mortal enemies of socialism, represent themselves to the masses as “Socialists,” and depict their accession to power as a “revolution”? Because they try to exploit the faith in revolution and the urge towards socialism that lives in the hearts of the mass of working people in Germany.

Fascism acts in the interests of the extreme imperialists, but it presents itself to the masses in the guise of champion of an ill-treated nation, and appeals to outraged national sentiments, as German fascism did, for instance, when it won the support of the masses of the petty bourgeoisie by the slogan “Down with the Versailles Treaty.”

Fascism aims at the most unbridled exploitation of the masses but it approaches them with the most artful anti-capitalist demagogy, taking advantage of the deep hatred of the working people against the plundering bourgeoisie, the banks, trusts and financial magnates, and advancing those slogans which at the given moment are most alluring to the politically immature masses.

In Germany — “The general welfare is higher than the welfare of the individual,” in Italy — “Our state is not a capitalist, but a corporate state,” in Japan — “For Japan without exploitation,” in the United States — “Share the wealth,” and so forth.

Fascism delivers up the people to be devoured by the most corrupt and venal elements, but comes before them with the demand for “an honest and incorruptible government.” Speculating on the profound disillusionment of the masses in bourgeois-democratic governments, fascism hypocritically denounces corruption.

Surpassing in its cynicism and hypocrisy all other varieties of bourgeois reaction, fascism adapts its demagogy to the national peculiarities of each country, and even to the peculiarities of the various social strata in one and the same country. And the mass of the petty bourgeoisie and even a section of the workers, reduced to despair by want, unemployment and the insecurity of their existence, fall victim to the social and chauvinist demagogy of fascism.

Fascism comes to power as a party of attack on the revolutionary movement of the proletariat, on the mass of the people who are in a state of unrest; yet it stages its accession to power as a “revolutionary” movement against the bourgeoisie on behalf of “the whole nation” and for the “salvation” of the nation. One recalls Mussolini’s “march” on Rome, Pilsudski’s “march” on Warsaw, Hitler’s National-Socialist “revolution” in Germany, and so forth.

From The Classics: Lenin on Monopoly and Imperialism 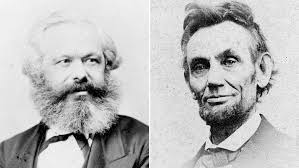 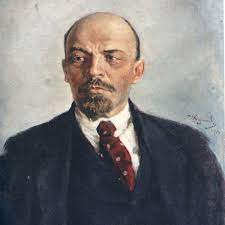