Gerardo HernÃ¡ndez is Released from Isolation

Gerardo HernÃ¡ndez is out of "the hole"!

Gerardo HernÃ¡ndez, Cuban Five hero, has just been released this morning from isolation after an intense campaign by his attorneys and thousands of supporters around the world, including nearly a thousand emails to the Bureau of Prisons generated by the National Committee’s appeal.

Leonard Weinglass, one of Gerardo’s attorneys, visited Gerardo this weekend along with fellow attorney Peter Schey.Â  This morning to Gloria La Riva of the National Committee to Free the Cuban Five he described the abysmal and cruel conditions that Gerardo was placed in.

"Gerardo is in great spirits but he’s really suffering. In 100+ degree weather, the air was so stifling that Gerardo was laying on the floor sucking in air from the bottom of the door. He couldn’t take his blood pressure medicine as his doctor advised him because the weather was too hot. He couldn’t use the shower because it was scalding hot water. He was given dirty bedsheets, and he had to resort to washing them in the toilet."

Weinglass noted that "we sent a five-page letter to the prison containing all the errors that they made in putting him in isolation. The letter outlined their own regulations that they violated."

Moments later this morning, in a new phone call, Weinglass announced "they’ve just released him to the general [prison] population!"

It’s thanks to the great efforts of the attorneys and the national and international solidarity movement with the Cuban Five that this punitive and unwarranted prison action against Gerardo has been ended.

Thanks to everyone who responded so quickly to this emergency situation.   Clearly, the struggle must intensify to free Gerardo and all the Cuban Five from prison. One thing you can do right now is to send a letter to Gerardo, letting him know you and all of us are with him in the continuing struggle.

Also, if you are not already receiving emails from the National Committee to Free the Cuban Five, please visit thisÂ  link (www.freethefive.org) to add your name to this low-volume list, so that we’ll be able to notify you if another emergency arises. 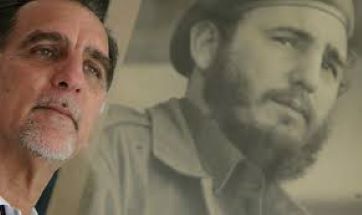