Gorbachev: the First Leader of the Russian Oligarchs 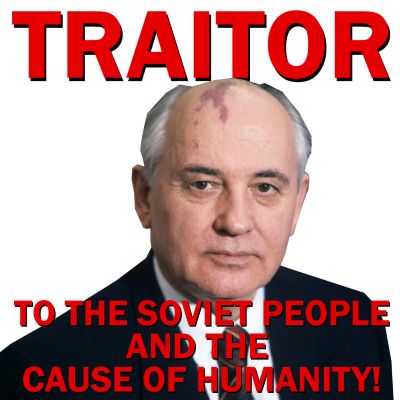 Gorbachev was not the last Soviet leader but the first leader of the Russian oligarchs.  Gravedigger of the USSR, socialist renegade, traitor to the international communist movement and national liberation struggles, partisan of compromise with imperialism, there is no lack of words to describe the harm this man did to the working class and the people engaged in struggle across the world.

The Afghans, who today must submit again to the Islamist extremism of the Taliban after decade of American occupation, which was itself preceded by the Taliban regime thanks to Gorbachev, will not cry over Gorbachev’s death.  The Cuban people will not shed a tear over Gorbachev, who plunged their country into a “special period” of hardship in the 1990s.  The workers of the former Democratic Republic of Germany, victims of a second Anschluss whose consequences are still being felt, will not shed a tear for this friend of imperialism.

The workers of the former socialist republics, notably the workers of Kazakhstan, those of Azerbaijan and Armenia beleaguered by their new masters, and the indigenous people of Siberia and Russian East Asia, who lived in national equality and fraternal class relations, will not cry over the one who sabotaged the Soviet Union.  The university professors forced into exile or into poverty, the women workers–technicians, functionaries, teachers–forced to sell a kidney to make ends meet or forced into prostitution will not cry for him.  The workers of the entire world will not cry for him who delivered them on a silver platter to the rapacious exploiters and parasites who for the moment no longer have to fear the existence of a socialist camp as a counterweight to capitalist exploitation.

The only ones to cry will be the bankers, the Russian oligarchs and those of the ex-socialist republics who were able to build their economic empires on the ruins of the first workers’ and peasants’ state. They will be followed in this cortege of tears by NATO, which without the Warsaw Pact to keep its imperialist ambitions in check, expanded to the East, sometimes with barbaric violence as was the case in Yugoslavia.

Then will come the chorus who sing the praises of the European Union and its colonization of new markets for capitalism.  The partisans of Thatcher who said Gorbachev as a “man with whom we can deal,” and the partisans of Reagan and the Zionist Shimon Peres will also shed tears for their old ally.  Without a doubt Gorbachev will be equally praised by the grand luxury brands like Louis Vuitton who imposed themselves on Russia and to whom Gorbachev did not hesitate to sell his image, sales which allowed Gorbachev to live the life of a “grand noble anarchist” to use Lenin’s term.

In giving in to the imperialists, Gorbachev thought naively or hypocritically that he would end the cold war. He only rekindled it.  If one can call it “cold,” it was only because this confrontation took place between a bellicose imperialist camp and a camp led by the socialist countries, who were able to impose peace on the world.  Gorbachev deserted the socialist camp for the other.  Since last February 24, the Russian monopolies now indirectly confront NATO on the battlefield where the people of the Ukraine find themselves between a hammer and an anvil.

Now the people of the world are in competition with each other because of the triumph of global capitalism, of which Gorbachev objectively speaking was one of the principal instigators.   Never has the danger of war been so exacerbated as today and never has there been such a total absence of popular resistance to war as now when the partisans of peace find themselves orphaned since the victory of counter-revolution in the USSR and Eastern Europe. Never have the workers of the whole world suffered such policies of austerity, anti-unionism and anti-social welfare as has been the daily lot for thirty years.  Meanwhile the so-called left does not seek to reverse the relation of class forces but rather tries to accommodate itself to neoliberalism while mobilizing its forces around social and cultural issues.

Of course, Gorbachev was not solely responsible for this history.  Still, as Secretary General of the Communist Party of the Soviet Union, he personified this counter-revolution.  Under the cover of liberalizing the face of the Soviet Union, Gorbachev’s policies of glasnost and perestroika, allowed the legalization of a private, parallel economy directed by thieves who consolidated a socio-economic base based on private property and whose object was to end the Soviet Union as a worker and peasant state.

Glasnost–one of whose architects was none other than the former Soviet ambassador to Canada, Alexander Yakolev,  “opened” the media to all including elements financed by Radio Free Europe but closed to the Communist Party.  Perestroika, which was supposed to cure economic problems by stimulating individual initiative notably through so-called cooperatives, in reality promoted capitalist private enterprise.

It is true that the USSR in the 1980s suffered from serious problems politically and economically.  The years of Khrushchev and Brezhnev plunged the country into conformity and ossification, notably because of the policy of the “permanence of cadres.”  This policy contradicted one of the fundamental principles of socialism inherited from the Paris Commune, the regular turnover of the elected.  It also created a practically untouchable “nomenklatura,” in which party posts became a sinecure.

Economically, a parallel black market economy developed that embraced 10 to 15 percent of the Soviet workforce and in which 25 percent of the population participated.  The black market became so widespread that even the son-in-law of Brezhnev was implicated in a corruption scandal, and it assumed monstrous size in some republics, notably Armenia, where it represented 64 percent of the official socialist economy.  Moreover, the Soviet Union,  a country whose gross national product constituted at best 75 percent of that of the U.S., was forced into an arms races by NATO and imperialism and forced to make disproportionate investments in military industry.

Nevertheless, in 1985 the Soviet economy was not in a crisis:  except of the years of war, its economy grew every year from 1917 to 1985.  The conditions of life and work improved for workers, especially for women workers who could retire at 55 years of age (compared with 60 for men), who benefited from the right to universal maternity leave, who had access to free childcare, canteens, and public laundries, and who since 1917 were fully integrated into the labor market.  In the Soviet Union more people read, visited museums, and attended theaters and cinemas than anywhere else in the world.

In short, contrary to what is commonly put forth, the Soviet Union did not have a general, insurmountable crisis in 1985.  The country had known much more serious crises, during the civil war of the 1920s and World War II  in which 24 million people lost their lives, without ever betraying socialism.

Moreover, the predecessor of Gorbachev, Yuri Andropov was aware of the problems ahead for the Soviet Union.  He was confident that they could be addressed by strengthening the principles of socialism.  His reforms were bearing fruit, and at the beginning of his tenure, Gorbachev pursued the same policies.  Nevertheless, in 1987 Gorbachev suddenly changed in a counter-revolutionary direction.  It was after this that lines at shops became widespread, that the country experienced serious poverty due to economic collapse, and that tensions arose between different nationalities, beginning in the Baltic republics.

Party leader, Yegor Ligachev, who considered his initial support of Gorbachev a big mistake, said:  “In place of the old corrupt elements that for decades had been festering in the body of the Communist Party and the society at large, suddenly, in the space of a year of two, came even more horrible and more absolutely corrupt forces that stifled the healthy start made in the Party and the country after April 1985.”

The difference between Gorbachev and Andropov was that Gorby sought to deal with the problems of socialism by injecting a little capitalism in the socialist economy.  In doing so, he aggravated the problems by giving free rein to the thieves who for decades had enriched themselves through the second economy of the black market.  Gorbachev legalized their activity.

Why did this situation turn?  What prompted Gorbachev to consider an opening to capitalism as the solution for the problems of the Soviet Union?

The response to this question requires a return to the origin of the Communist Party of the Soviet Union, where there were always two competing political lines.  There was a petty bourgeois line represented by Bukharin, Trotsky, then Khrushchev among others who opposed a proletarian line represented by Lenin, Stalin, Andropov and others.

In his memoirs, V. M. Molotov recalls that there was “before us a struggle for the party.  Khrushchev was not an accident. We are mainly a peasant country, and the right wing is powerful here.  Can we guarantee that we can be able to prevent it from taking over?”  In other words, since the 1950s this struggle between two lines was clear.

But, with the development of a parallel economy in the 1950s, which increasingly imposed itself in the course of the following two decades, a petty bourgeoisie emerged whose class interests diverged from those of the workers.  This proliferation was first facilitated by the weakness of the productive forces at the time of the revolution, but in capitulating before it and integrating it into the official economy, Gorbachev gave this sector the latitude that enabled it to influence the entire orientation of the country, economic and political,  internal and external.  In capitulating before this private economy, Gorbachev capitulated to counter-revolution.

Fidel Castro said on this matter:  “Socialism [in the Soviet Union] did not die of natural causes.  We have here a case of suicide.”

In the end, by his own will Gorbachev assured that he would become the traitor to the working class that he became.  Even if the right wing of the PCSU composed of cleptocrats saw in Gorbachev the way to realize their capitalist potential, nothing forced him to take the path he took. 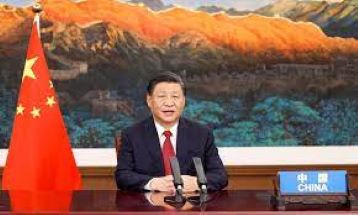 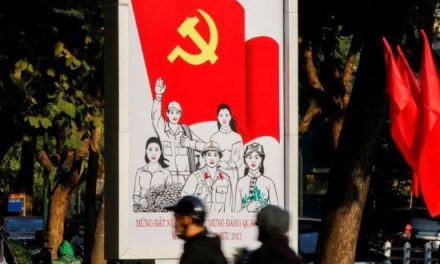 CP of Vietnam: on Socialism and the Path towards Socialism in Vietnam

For a Serious Conversation on Socialism