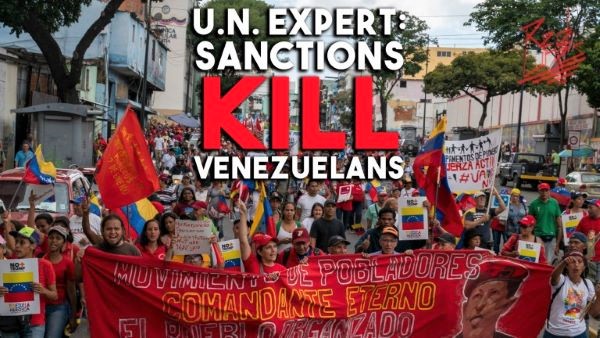 Venezuela was once one of the most prosperous countries in Latin America. The popular classes enjoyed major advances from the Bolivarian Revolution initiated by Hugo Chávez. Today Venezuela is experiencing an unprecedented economic crisis with severe humanitarian consequences.

An official US Congressional Research Service report issued April 28, Venezuela: Background and US Relations, suggests the Venezuelan government has valid arguments that it is being strangulated by US sanctions. According to the report:

It is difficult to attribute precisely the extent of Venezuela’s economic collapse that is due to US sanctions versus broad economic mismanagement. A February 2021 Government Accountability Office report asserted that “sanctions, particularly on the state oil company in 2019, likely contributed to the steeper decline of the Venezuelan economy.” The Maduro government has defaulted on all its bonds, and US sanctions prohibit debt restructuring with creditors.

The Congressional Research Service report provides a brief revision of history to fit an imperialist narrative to justify the hybrid war to achieve regime change in Venezuela. Hence the US-backed coup in 2002, when the US government welcomed a “return to democracy,” is euphemistically referred to as President Chávez’s “brief ouster from power.” The subsequent employers’ lockout in 2002-2003, designed to economically cripple the government and cause its fall, is called an “oil workers’ strike.” The lethally violent guarimbas calculated to overthrow the elected Maduro government are called “student-led” protests.

While in all the above instances, the US role in events is rendered invisible, the report describes how “Congress has provided funding to support democratic civil society in Venezuela,” which is Washington’s duplicitous shorthand for regime change programs.

The report continues: “For more almost [sic] two decades, the US has provided democracy-related assistance to Venezuelan civil society through the US Agency for International Development and the National Endowment for Democracy,” the former through its appropriately named Office of Transition Initiatives. “For FY2021, the Administration requested…$200 million to support transition in Venezuela.”

In January 2019 the US and its allies ceased to recognize Maduro as Venezuela’s legitimate president after then National Assembly leader Juan Guaidó, who had never run for national office, “announced he was willing to serve as interim president.” Guaidó’s coup attempts are euphemistically described as “high-profile but ultimately unsuccessful efforts to encourage security forces to abandon Maduro.”

Even the US allies that have recognized Guaidó, “oppose military intervention in Venezuela and have expressed concerns about the humanitarian effects of broad sanctions,” according to the report.

The report laments that: “The Venezuelan government has made it difficult for Venezuelans to obtain a valid passport and therefore legal status outside the country.” The difficulty, conveniently omitted from the report, is that when a foreign state expels the legitimate Maduro representatives and installs Guaidó’s, Caracas has no means of conducting normal embassy activities.

Key in the US hybrid war to achieve regime change in Venezuela are the economic sanctions. The report forthrightly describes:

[the] multiyear economic crisis, one of the worst economic crises in the world since World War II: Its economy has contracted by more than 75% since 2014, estimated as the single largest economic collapse outside of war in at least 45 years and more than twice the magnitude of the Great Depression in the US. Imports—which Venezuela relies on for most consumer goods—have fallen by almost 95% since 2013. The country faces shortages of critical food and medicine.

Contrary to the official US narrative that Venezuela’s Bolivarian Revolution is root cause of all problems, the report admits: “The trigger for Venezuela’s economic crisis was the crash in world oil prices in 2014.”

The report explains how US sanctions confounded the Venezuelan government’s efforts to address this crisis:

Piecemeal efforts to address the crisis, including price controls and the creation of a new digital currency, the petro, were ineffective [because they were blocked by the US government]. Some initiatives, such as restructuring debt or bringing the government budget into balance, were pledged and then abandoned [again prevented by the US government sanctions].

Subsequent rounds of US sanctions targeting the government, central bank, and gold sectors, as well as limiting Venezuela’s access to the US financial system, likely exacerbated economic pressures in Venezuela. With private creditors unwilling and unable (due to sanctions) to purchase new Venezuelan debt, the Maduro government routinely turned to its main international financial backers—China, Russia, and more recently, Iran—but China and Russia are increasingly reluctant to extend further assistance [due to secondary sanctions].

The sanctions are not just against Venezuela but affect other countries amounting to a blockade:

The sanctions framework also prohibited non-US entities from transacting with PdVSA [Venezuelan state-owned oil company] in US dollars and made non-US entities subject to having their US property blocked, should it be determined that they materially assisted PdVSA….

Under the sanctions framework, Treasury also has sanctioned numerous individuals, vessels, and companies involved in trading and shipping Venezuelan oil. This progressive application of sanctions—designed to prevent export and sale of oil produced in Venezuela—has made it more difficult, though not impossible, for PdVSA to complete petroleum sales and export transactions.

The US government imposes the choice on Venezuela – in the words of the Latin American revolutionary slogan – of patria o muerte (homeland or death). In the period 2017-2018 alone, some 40,000 deaths were attributed to the sanctions. And that was pre-COVID and before the most devastating sanctions fully took effect.

In a weaponization of the pandemic, the US took advantage of the health vulnerability to make conditions even worse, according to the report:

The outbreak of the COVID-19 pandemic further exacerbated the economic challenges facing the Venezuelan government…. Fuel shortages, exacerbated by the end of US-licensed oil for diesel swaps in the fall of 2020, reportedly have made food distribution and humanitarian aid delivery more challenging.

Noting that “it is unclear how Venezuela’s economy can rebuild in the absence of a significant reorientation of economic policies,” the report calls for the abandonment of the Bolivarian social project and adoption of an IMF structural adjustment program, which would remove price controls on vital necessities, privatize banks, and fully open the economy to the dictates of international finance.

“The economic crisis, now exacerbated by the pandemic,” the report coldly explains, “has been devastating for its citizens, with no clear or quick resolution on the horizon in the absence of a resolution to the concurrent political crisis.” The “political crisis” is the US regime change program designed to subjugate Venezuela.

“Although sanctions do not seem to be physical warfare weapons,” the Lancet (3/18/20 as quoted by FAIR) noted, “they are just as deadly, if not more so. Jeopardizing the health of populations for political ends is not only illegal but also barbaric.”

The findings in the congressional report are a recommended counterpoint to those of the corporate media such as CNN that anguish over the dire conditions in Venezuela but obscure the major perpetrator. Ditto for leftish analysts such as Chris Gilbert who writes: “The silent event that shook Venezuela in 2015-16 involved an abrupt return to capitalist normality. At about that time Maduro’s government decided to step back from interventions in the economy.” Left out of his picture is the fact that US sanctions were imposed on Venezuela at precisely that time.

If the US government’s propaganda is correct that the current crisis is due to Maduro’s mismanagement and corruption, then illegal and inhumane sanctions would not be needed to dislodge the “regime.” Conversely, given that the sanctions and accompanying blockade are so overwhelming, the impacts of mismanagement and corruption would be difficult to parse out. In fact, the report says, “data suggest that production declines accelerated following sanctions targeting Venezuela’s oil sector.”

The one conclusion for sure is that the US is punishing the Venezuelans for the good things (such as poverty reduction, documented in the report) and not the bad. Otherwise, demonstrable narco-states like Colombia and Honduras that are guilty of manifest human rights violations would be treated like Venezuela, and Venezuela would be the largest recipient of US aid.

The failure to dislodge Maduro from power demonstrated the limits of US and other international efforts to prompt political change in Venezuela. Unilateral US policies, such as oil sanctions, arguably worsened the humanitarian crisis in the country and caused divisions within the international coalition that once backed Guaidó.

In other words, despite inhumane sanctions by the US and its allies, the Bolivarian Revolution has endured because of its popular support.

-Roger D. Harris is with the human rights organization Task Force on the Americas. 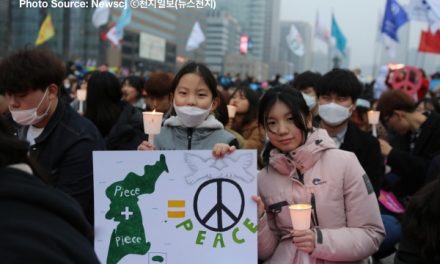