Guidelines for Common or Convergent Action

The participant parties of the 15th International Meeting of Communist and Workers’ Parties define the following guidelines for their common and convergent action and mandate the Working Group to try to implement these guidelines in coordination with other Parties of the Solidnet List.

1 – Commemorate, during the year 2014, the 100th anniversary of the beginning of World War I, and the 75th anniversary of the beginning of World War II through a joint campaign alerting to the dangers of new international military clashes, alerting to the need to enhance the struggle for peace and against imperialist aggressiveness and wars and highlighting that the struggle for peace is intimately linked with the struggle for socialism. (In this sense the German CP, the New CP of Netherlands, the Workers’ Party of Belgium and the CP of Luxembourg informed about the preparation of an action in the German boarder town Aechen, on 15th February).

3 – To stimulate, in coordination with the parties from Asia, Africa, Latin America and the Caribe, the organization of an international seminar on the capitalist crisis’s impact in the developing countries, focusing especially on issues such as the right to economic and social development and protection of natural resources, as well on issues of agriculture, land tenure, and food security. Highlight the role of monopolies in the destruction of the global environment, asserting an anti-monopolist and anti-capitalist viewpoint on the growing environmental crisis.

4 – Organize an international campaign in solidarity with the ongoing processes and struggles in Latin America and Caribe, and in particular with Socialist Cuba – against the USA blockade, the common EU position, and for the return of the four Cuban patriots still held in US prisons – with Bolivarian Venezuela and with the Colombian people’s struggle for peace with social justice.

5 – Examine the possibility of – taking advantage of international events where a large number of Parties are present – organizing a working meeting to debate the ideological offensive and the mass media’s role, as well as to exchange experiences on mass communication work.

6 – To celebrate the International Woman’s Day (8 March 2014) highlighting the effect of the crisis and of the imperialist multifaceted offensive on working women and national oppressed women, expressing solidarity with their struggle and their anti-imperialist movement.

7 – Honor 1 May (May Day) with participation in the struggles in each country for the defence of workers and peoples economic and social rights, for the right to work and for labour rights, highlighting the importance of the class struggle, for the abolition of exploitation of man by man. Consider the possibility of announcing on this date a day of action, with initiatives in each country, against unemployment and its real roots, giving particular importance to the mass unemployment among youth. Defend the trade union rights, denounce the political persecution and demand the liberation of the detained trade unionists.

8 – Examine the possibility of convergent actions on the combat against racism, xenophobia, against fascism, stressing the importance of the ideological struggle against anti-communism and the rewriting of History, denouncing the EU in what concerns its institutional campaigns and measures aiming to equate communism with fascism.

10 – Commemorate the 95th Anniversary of the Creation of the Communist International (March 1919) underlining, on the occasion of 90 years of Lenin’s death, his central contribution to the international communist movement.

11 – To stimulate, in coordination with the Parties from the Arab countries and Middle East, the organization of an international seminar about the social and national emancipation struggles of the peoples of Arab countries and the Middle East, expressing the solidarity with all the peoples of the region that are victims of the imperialist and Zionist crimes and aggressions, among others the Palestinian and Syrian people, and also with the people’s that rise up against repressive, dictatorial and reactionary regimes, in defense of their social, political and democratic rights.

12 – To continue to denounce the imperialist intervention against Syria and Iran, and to continue the struggle for the recognition of an independent Palestinian state.

For a CPUSA that Honors the Soviet Experience 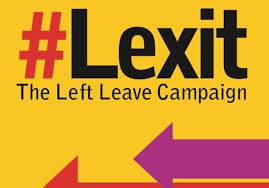 The International Crisis of Capitalism and Urgent Measures to Confront it